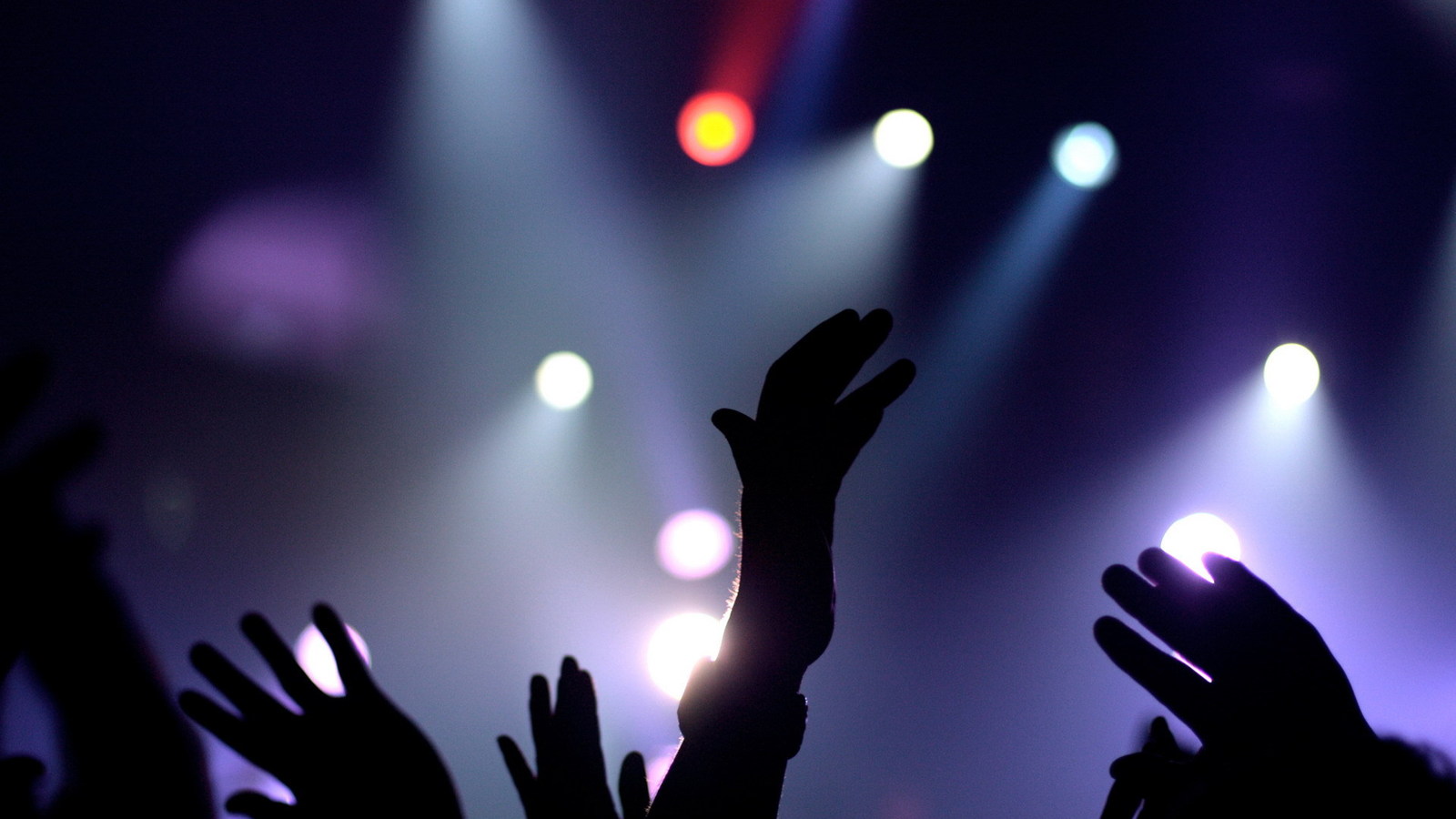 Low season might be keeping the backpackers at bay, but Phnom Penh never sleeps. Here’s our pick of great stuff to keep you entertained from 5pm on Friday through to Sunday night.

What’s better than after-work cocktails (or beer, or whisky, or whatever)? After work cocktails on a BOAT, of course. With a BBQ. And one of the most charming hosts in town.

Tonight, Thida and her lovely team at the super-cute Backstreet Bar (off Sothearos Boulevard, near META House) are running their first boat party along the Mekong. Tickets are $5 and advance booking is highly recommended – call 0962504011 or follow the trail of fairy lights and colourful umbrellas up the alleyway to the bar to secure yours.

There’s a very special film event happening at META House tonight: a screening of the excellent Cambodian feature Diamond Island, followed by a Q&A with director Davy Chou. The film is a gentle and fascinating coming-of-age story set among the construction sites of fast-modernising Koh Pich and we’d seriously recommend it – you can read our full review of Diamond Island from its last showing at META House, here.

And Tinn, Phnom Penh’s favourite rock star, takes his new duo Belle Chaus for an outing to Taco Kokopelli, where $1 tequila shots will no doubt help the the guitar-thrashing and rock’n’roll vocals to go down a treat.

It’s a little on the quiet side (by Phnom Penh standards, anyway) this Friday, but there are still plenty of places to get sweaty on the dance floor around the city.

DJ Kaztet Dee (WAT A GWAAN) will be spinning his usual jungle and reggae beats at Top Banana’s Friday Sessions (9pm @ Top Banana, St 278), and DJ Watt’s Up mashes together electro, hip-hop and world music over at Mad House (10pm, St 172 – half price drinks until midnight).

Calling all photography nerds: to celebrate the launch of a bunch of new Canon products, i-Qlick Cambodia is hosting a series of photography talks, demos and gift giveaways over at Aeon Mall’s Daylight Plaza, all weekend (Aeon Mall, off Sothearos Boulevard).

Meanwhile, over at Exchange Square, The Idea is running its two-day Baitong Festival, a celebration of nature and green living, where you can learn to plant you own city garden, grow medicinal herbs and even enter your very own “recycled art” with the chance to win $350 (10am-8pm @ Exchange Square / Hong Kong Land, St 102).

Fancy landing yourself a pre-loved bargain? Shop Sabai is holding its fifth flea market at YK Art House (St 830, off Sothearos Boulevard). If wading through racks of clothes looking for a hidden gem tires you out, you can always pop across the road to Edgar Allen Paw: from 2pm, the pet supplies shop will break out the tunes and sell boozy drinks to help cover the treatment costs for “Big Boy”, their resident pup who is sadly battling cancer.

In need of a good laugh? Comedic stylings is back with a line-up of stand-ups at the Box Office. This week features staples of the Phnom Penh scene Sam Thomas, Dan Riley, Fred Mace and Stevo Joslin, plus Bangkok resident Justin St-Dennis. Grab a beer or five, warm up your sense of humour and get ready to laugh out loud. (Comedic Stylings, 9pm-11pm @ The Box Office, St 244)

It might make for a sobering Saturday night, but the top blockbuster showing this weekend is, without a doubt, Christopher Nolan’s epic World War 2 drama Dunkirk. The film tells the true story of allied soldiers trapped along the French coast as German soldiers advanced, and attempts to evacuate them before they could be destroyed by air. (7.15pm @ Legend Tuol Kork, 10pm @ Legend Citymall)

Equally dark but brilliant is The Levelling, another British film gathering rave reviews around the world. The debut film from director Hope Dickson Leach, it follows a young woman who comes home to the family farm after her brother’s death. The amazing cast and slow building tension helped it win first prize at last year’s Toronto International Film Festival. (6pm @ The Flicks 1, St 95, BKK3)

The big one tonight is a belter of a street party on Bassac Lane, where the lovely Lisa Conception will take the stage.

Long After Dark are painting Tuol Tom Pong black with Let’s Get Stoned – a night of Rolling Stones classics alongside food and drink specials (8pm-2am @ Long After Dark, St 450).

Or, for rock classics a little closer to home, META House is running another of its hugely popular Cambodian Rock nights, featuring 60s greats like Ros Sereysothea, Sin Sisamouth and Pan Ron. All together now: Chnam Oun Dop-Pram-Muy…

Fed up of musical flashbacks? Hugely talented DJs Max Mason and 136 Bliss pair up at Duplex tonight for their own flavour of tropical electro funk (from 10pm @ Duplex, St 278). Here’s Max’s remix of the XX’s Hold On to get you in the mood:

Lastly, carry on the party late into the night by heading to Heart of Darkness, where DJ Yukie is taking over the decks. Hailing from Thailand, she’s played all over the world to international acclaim… now she’s bringing her skills and infectious performance style to Phnom Penh (10pm – 4am, Heart of Darkness, St 51)

Farewell to the White Building: the architectural icon is finally being pulled down after years of protests and negotiations with residents. Demolition has already begun, but today there will be one more attempt to celebrate the famous building with an ambitious projection mapping art project. The exact time is still to be confirmed – follow the team’s Facebook page for updates.

Baitong Festival continues today, with events including a farmers’ market at 3pm (Exchange Square, St 102), and there are more photography talks and demos at Aeon Mall (Sothearos Boulevard).

Alternatively, if you’re a lover of Japanese Anime and Otaku, you’re in luck: Dark Fantasy is holding a massive Cosplay event today, including performances by special guests and a Manga drawing seminar. Tickets available on the door or in advance from DarkFantasy (2-5.30pm @ Cambodia-Japan Cooperation Centre, Russian Boulevard, Toul Kork).

Just want to curl up in a ball for some easy watching? The Flicks is screening of everyone’s childhood favourite, Ghostbusters at hangover-friendly 4pm. Grab some popcorn and maybe a hair of the dog and settle in for some vintage 80s SFX… and humour. (The Flicks 1, St 95, BKK1)

How’s this for the perfect end to your weekend? Sundown Social Club is hosting a sunset cocktail party to launch its brand new cocktail range, with guest bartenders from La Familia and Elbow Room and DJ Mofo on the decks. Choul Muy to that! (5-10.30pm @ Sundown Social Club, St 440, Tuol Tom Pong).

Our Pick: UPSIDE DOWN by Oeur Sokuntevy
Top Things To Do in Phnom Penh THIS Weekend