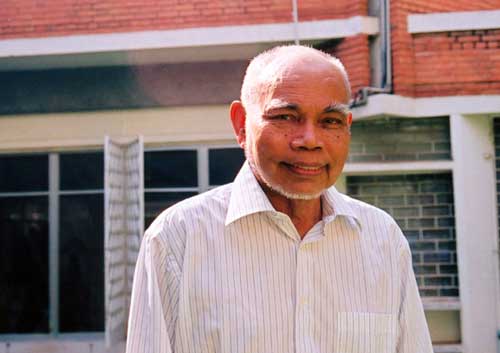 The legendary Khmer architect Vann Molyvann, designer of the Independence Monument, Chatomuk Theatre and Olympic Stadium, passed away this morning at his home in Siem Reap.

“Moly”, as he was known to his friends, was renowned for developing the New Khmer Architecture style that helped transform Phnom Penh into one of the chicest cities in Southeast Asia in the early years of its independence – before much of this was tragically destroyed by successive wars.

His famous project, The White Building – an early experiment in social housing – was demolished last month, but many of the capital’s remaining architectural highlights are monument to his genius.

To get a sense of how huge a role he played in shaping the Kingdom’s Golden Era (and modern day Phnom Penh), take a look at this trailer for the excellent documentary, The Man Who Built Cambodia.

Farewell, Vann Molyvann. You will be sorely missed.