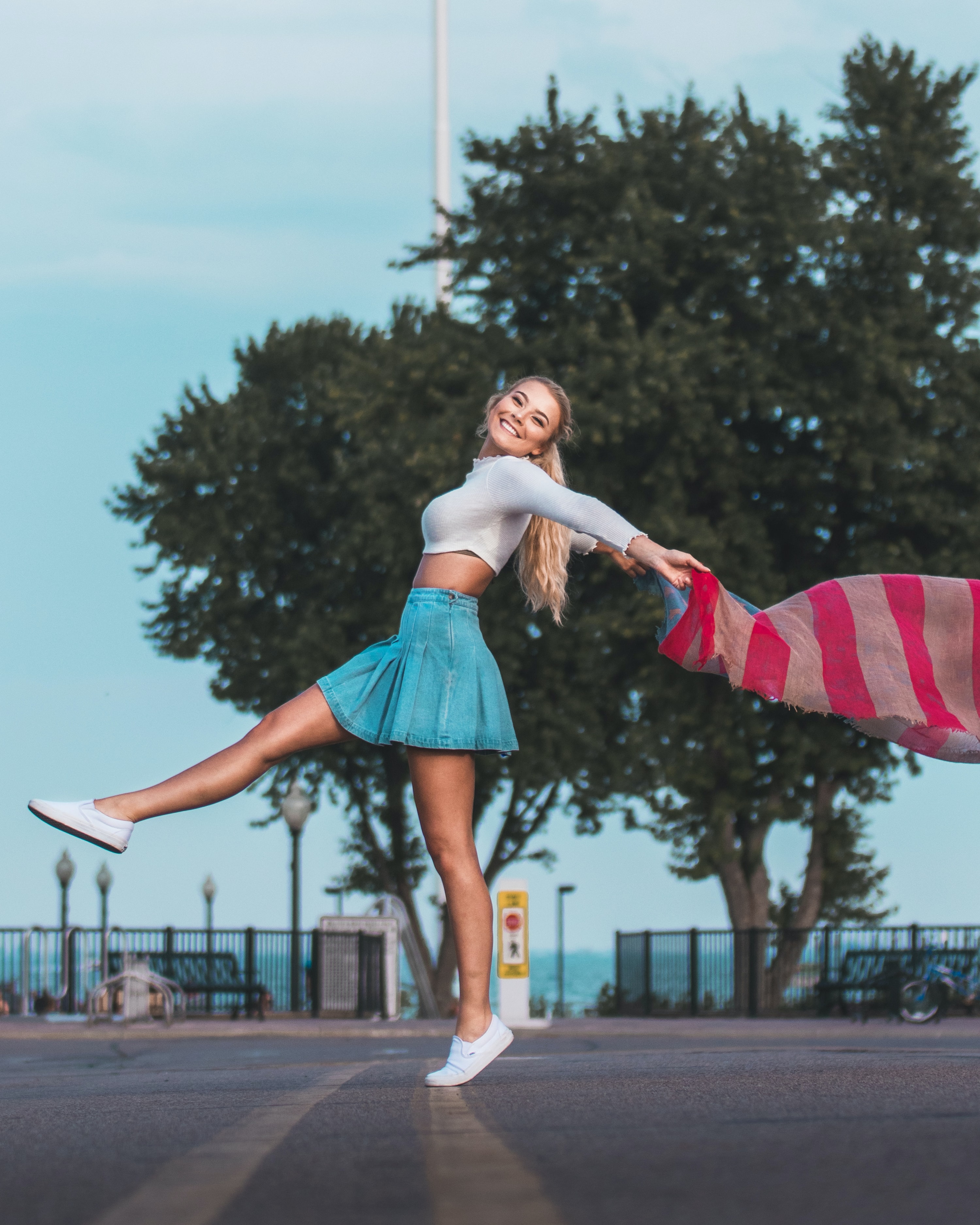 Photo by Daniel Lincoln on Unsplash

Likely you’ve heard the name Greta Thunberg before, and you know it’s related to the environmental movement trying to fight against climate change, but do you know why you know her name? She single-handedly began school strikes to protest environmental injustice that spread like wildfire across the globe. But while she seems like a larger than life figure, she is still a teenage girl who’s put herself out there, essentially giving her life to a cause that she believes in.

Farm to Table has brought back its Friday night acoustic music series. For a special first night back they’ve lined up two acts – Scottish singer-songwriter Lewis McTie (of Little Thieves) and amazing partners Kirsty and Dave.

Jazz and the City tonight will feature the original songs of the singer performing them. Metta Legita (piano and vocal), Funky Sueyoshi (drums) and Andrey Meshcheryakov (bass) will perform songs written by Metta as well as some written by Funky and other jazz greats from over the years.

If you’ve never heard Ieva sing, you must do it tonight. Her voice is gorgeous, and she’ll be performing alongside another pretty songbird, Robin, who also plays guitar. Ieva & Rob will be followed by K ‘n’ E, a Khmer group that plays early rock ‘n’ roll.

Street artist The Sokheng and performance artist Rachaell Johnson will be showing off their talents, live before an audience, at Good Times’ Rooftop weekend music and arts sessions. Live electronic music by Burhani and Subspiiker and four DJs make it a truly immersive art experience.

Sra’Art is welcoming you to come get loose while participating in a loosey-goosey art class. It’s their Sip and Paint, a chance to drink and get messy with paints with no instruction (but with “support” from resident artist Kierstyn). The class is $25 and includes all materials – including the wine.

The Nether is back on the stage this weekend at The Box Office’s new blackbox theatre. Tickets are technically sold out, but show up a little early and you can snag one of the extras reserved at the door. Tickets at the door are $7.

Tomoka Cocktail Company’s open house party is channelling the decade where it was the height of fashion to drink yourself under the table. They’re making the mixed drinks that were all the rage in the 1970s. “BUT”, they say, “we’re going to make them well”.

Recent documentary The Story of Plastic gives alarming visuals to a known (but difficult to fully grasp) problem – that of plastic pollution. The Flicks special screening of the 2019 film is dubbed in Khmer. The screening is hosted by Only One Planet Cambodia.

The formative years of the J.R.R. Tolkien at school just before the outbreak of WWI are what informed his heroic novels in the Lord of the Rings Trilogy. The film Tolkien dramatises this significant period of the orphaned author’s life, when he makes friends and finds a family amongst other outcasts.

“Soft Music for Hard Times” (fabulous name) will ensure that your weekend is going smoothly, with cellist Clara and bassoonist Michele playing classical tunes for your soul (think Mozart and Haydn). Situated at outdoor restaurant Green Pepper, have yourself a comfort meal as well.

Ai Sha and David from Khmer rock band Rondom will perform together as a duo tonight under the stars in Cloud’s backyard garden. DNA (as the pair is known) has put together an acoustic set of Khmer and English covers.

Soul brothers The Blue Souls are taking over the stage at Oscars on the Corner before early rock band K ‘n’ E.

DJ Mariah I Don’t F#@king Carey is calling all Backstreet Boys and Spice Girls (and those who miss them) for the third edition of the Guilty Pleasure Party. This dance party is all about letting loose to 80s and 90s tunes.

Free The Bears, the sun and moon bear rescue and rehabilitation organisation, is seeking volunteers this weekend at the Cambodia Bear Sanctuary (outside of the city at the Phnom Tamao Wildlife Rescue Centre). Due to this year’s pandemic, they haven’t had as many volunteers and the work has piled up on their regular staff who care for the Center’s 121 bears. Reach out to them to find out the particulars, but it’s guaranteed to be an unusual experience that will warm your heart.

“Internet addiction” was used as a legal defense for mental illness for the first time in 2010 in Seoul, Korea. A young couple was on trial because they had spent so much time raising a fairy baby in virtual reality game Prius Online that their real-life baby died of malnutrition. Love Child covers this story and those who seek reality whilst escaping reality.

Bloody Hell is A: a British exclamation, B: the name of a Bloody Mary with Seekers Spirits, and C: the name of a barbecue serving up said Bloody Marys and copious amounts of grilled meats. Throw in an all you can drink option and free entrance to a lush rooftop pool and you’ve got a bloody good Sunday!

Dorsu, the ethical fashion company with clothes made in Cambodia out of the softest (and sustainable) fabrics, is showing off its latest collection with a mini shindig at a rooftop tropical oasis. Party host Sundown Social Club will have $10 Pimm’s cocktail jugs all day, and DJ Swizzle Stix on the decks.