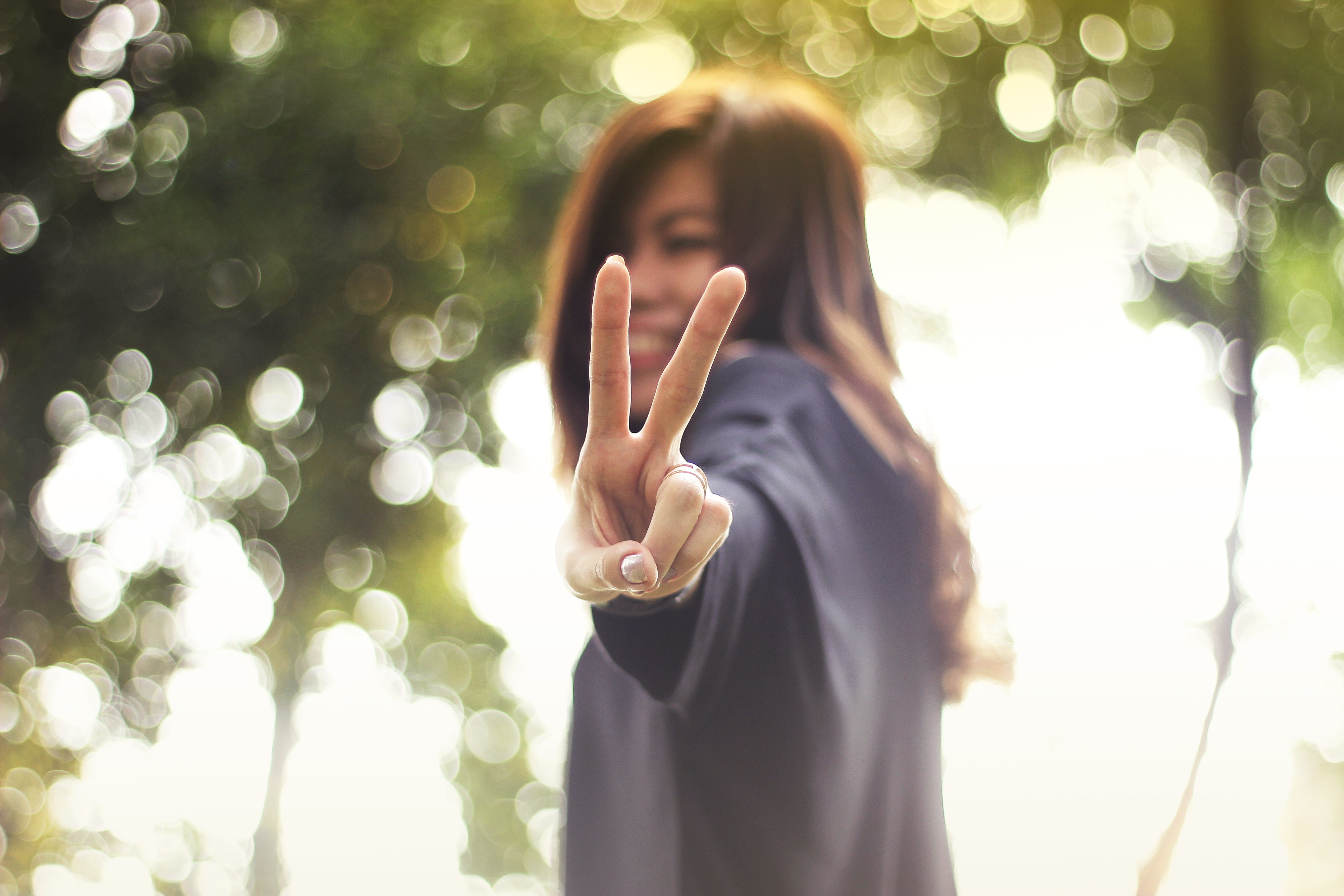 For an evening très français, head to Farm to Table where The Red Accordion, the stage name of solo act Christian Hervé, will perform French jazz and folk essentials on his (yup) accordion – accompanied by a full, pre-recorded band for a full sound.

Bassac Lane is going to be filled with the sounds of funky 60s and 70s – as well as dancing revelers who are taking in the grooves of quintet Pocket Change, fronted by talented soul singer Mirasol Aguila.

The Sock Essentials, the band name for Ariane Parkes and Scott Bywater, plays boppy tunes from around the world in seven (yes, seven) languages at Cloud.

Comedians of Cambodia and The Box Office present a special free show featuring visiting comedian Gabriel Villalobos. Hailing from Texas but living in Saigon, he’s come to Phnom Penh just to make us laugh…so we ought to let him. Topics promised: sex, politics and robots.

Sundown Social Club is fool…er, fortunate…enough to have What’s On’s Frazer MacRobert djing tonight as The Tartan Gentleman. Along with DJ DafDafDaf, the duo are spinning deep, funky house all night, from happy hour to closing.

Happy birthday, DJ iLLicita! Meta House is throwing the deep house/techno DJ a birthday party by letting him take the decks…and offering $1 beers. Resident DJs will round out the night so iLLicita can dance and chill, too.

The Flicks has lined up a weekend of Oscar-nominated films, with Friday’s matinee showing of Harriet kicking off the set. It’s a biopic of Harriet Tubman, the African-American woman who broke free from enslavement in the American South and then returned again and again to lead hundreds of others on a perilous journey to freedom in the North. Reservations for this screening are required.

Wonder what food from Okinawa is like? Kaizoku Sakaba is holding an all you can eat Okinawan tapas and sake night so you could do just that. Hint: it has lots of seaweed and pork. $25 per person for two hours, and $5 per half-hour after. Reservations recommended (plus, you get a free Orion beer if you make a reservation!).

Tomoka Cocktail Company is celebrating the 100th anniversary of the start of Prohibition (the ban on alcohol) in the United States by pouring out many cocktails into the glasses of many happy drinkers. Bootleggers Day will have a cocktail menu designed to make you feel like you’re in the 1920s, without fear of arrest.

This is the last weekend of the Big Bad Wolf Book Sale, “the world’s largest book sale”, here in Phnom Penh to bring English-language books to the Cambodian market with a heavy discount. The sale goes through Monday, January 20.

The History of Things to Come Vintage Clothing is holding a pop-up sale at Penh House & Jungle Addition Hotel all weekend, selling authentic womenswear (and some menswear!) from the Edwardian era (over a hundred years ago) into the 1990s. This is a warehouse clearout so expect reduced prices.

Theatre group Phnom Penh Players is putting together a new performance and holding auditions this weekend to find its cast of characters. Don’t feel like being in the spotlight? They’re looking for crew hands as well. A link to the script (so you can see if it’s a play you’d like to be a part of or to rehearse lines) can be found on the event page.

The Havana Kings, the sextet with members hailing from around the world, is playing their highly groovable, highly danceable, highly toe-tappable brand of Latin music at Alchemy.

What was it like to party in the 1920s? Well, it was boozy, dancey, a chance to show off outré fashions as well as outré behaviours. In short, fun. Cloud is holding a 1920s-theme dance party. Don’t know what dancing was like a hundred years ago? (That’s fair.) They’ll have an instructor giving a free 30-minute lesson at the top of the party before letting you fly your 20s freak flag.

Funk, house and nu-disco is coming to The Garden at Bassac with DJs Kenny Chase and Jonah Wood on the decks. To celebrate, the bar is offering buy 2-get 1 gin and tonics or rum and cokes just for the occasion.

Space Four Zero’s DJ Sir Bongalot is playing vintage 1960s Cambodian rock ‘n’ roll as well as some Cambodian psychedelica from today at Long After Dark. But not only will he be spinning his tunes on vinyl, he’ll be selling items from his store’s vintage vinyl collection, too! There’s probably no better bragging rights for an audiophile than original, Cambodian pressed records over a half century old.

Ege Bar is hosting a breakbeat/jungle/drum ‘n’ bass dance party, played by DJ Shagyz who is hauling (and keeping) his vinyl collection just for the event. That is dedication to a party.

DJs Shadows of Space and DALAH are playing back to back tech house sets at NeuDrop Collective’s most recent installment at Party Patio.

Let’s do the time warp again! The Box Office is showing Rocky Horror Picture Show, the classic 1970s comedy that manages to feature a hit soundtrack, transvestites, cannibalism and the delightful Tim Curry. This is always a dress-up-and-participate kind of event, and Box Office is offering prizes for the best (and worst!) dressed as well as free popcorn and best karaoke (like I said, it’s a participating kind of event). “Bring your own water guns and newspapers!” Haha. The event is free but you must RSVP.

Nearly forty individuals and businesses have offered up vouchers and prizes to the Save ‘Straya raffle and cocktail party, benefiting firefighters who are currently battling the ongoing Australian Bushfires. The fundraiser at Sundown Social Club is an impressive grassroots collective effort (that will also include nummy cupcakes!).

Free-flow sake and finger food sounds like a pretty good way to celebrate Kagami-Biraki, or a sake barrel opening. The View Serviced Residence is holding this sake ceremony, charging $20 for two people and $5 for each extra person in your party. Reservations are required.

The Piano Shop and The Plantation Urban Resort have teamed up to bring music by classical giants Chopin and Rachmaninoff via French pianist Etienne Chenevier. This evening concert, set in the open air gardens of the hotel, is $10 for adults and $3 for students or children.

Alt rock band The Goldilocks Zone, five musicians from around the world who have made Phnom Penh their home, is playing an acoustic show today as part of Meta House’s Original Sessions series. The afternoon gig is $4 if you pay in advance, or $7 at the door.

Cambodia in the late 1960s was swinging, with well-known greats like Sinn Sisamouth and Ros Serey Sothea as well as many, many other bands playing tunes to fill the dancefloors. Oscar’s on the Corner’s house band is bringing back the old school Khmer and English rock ‘n’ roll with their aptly titled show “K’n’E” (R’n’R).

“We ain’t goin’ nowhere. We can’t be stopped now ‘cause it’s bad boy for life.” Did P. Diddy’s words influence Will Smith and Martin Lawrence to come back for the third installment of the Bad Boys series 25 years after the original came out? Maybe. Bad Boys For Life shows the detectives facing career changes and midlife crises…as well as a Miami drug cartel kingpin in this comedic action flick. Expect smooth lines, sweet cars and big explosions.

Do you wish you could don your best boho-chic and rave poolside in Ibiza? The Balé’s got your back with its Cool Vibes From Ibiza party, featuring DJs Alex Ferrer and Julius Is Impossible. Better than Ibiza: this party is free.

Tuff Bass Collective is on a mission to bring back bass music to Phnom Penh, starting with its Sunday Sessions at The Eighty8. The second installment of this party will feature three DJs – Airfix Twin, Gorimaa and Prof. Kinski – spinning ska, reggae, world and dub.

Penh House’s bagel brunch as an “indulgent” amount of toppings, from the usual lox and tomato to the, well, indulgent smoked duck breast or sweet coconut pineapple smear. But in addition to many bagel topping options, the hotel brunch also offers a rooftop infinity pool to, you know, indulge in.

The annual Phnom Penh Fem Fest is just around the corner and they’re putting out a call for volunteers. This very popular event rolls together many events, from theatre to film to parties to workshops to… Well, go to KBach Arts today to find out all that’s in store! There will be snacks and refreshments there, too. 🙂

Phew! That’s a lot! Need more? Check out our full calendar here, and have a great weekend.

The Weekend Has Landed! Here’s How to Spend It
Happy New Year, Australia Day and everything in between