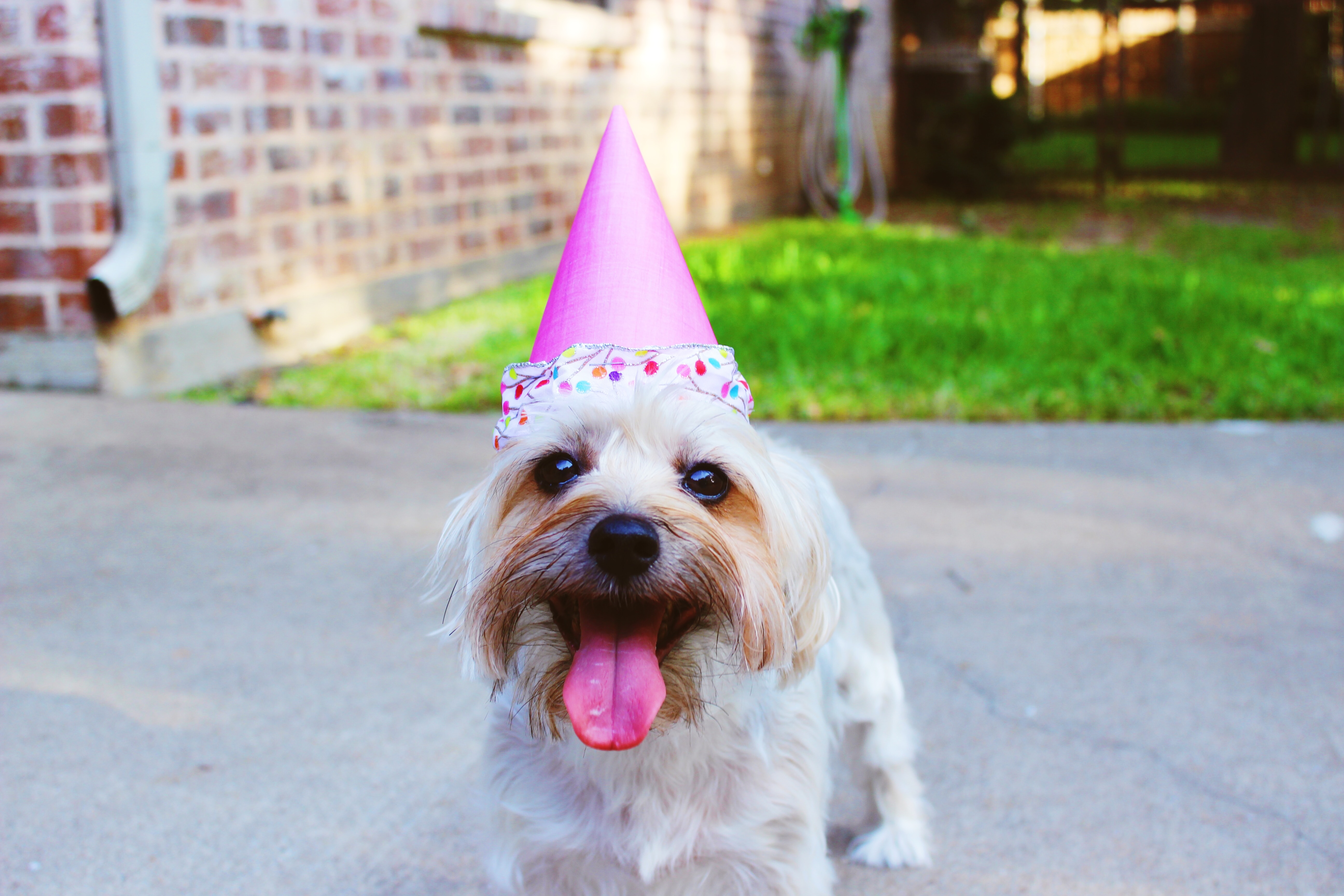 Open mic standup comedy at Riel Brewing sounds idyllic: drinking a really tasty beer at the end of the work week, while listening to other people tell jokes – for free – making you giggle, tear up, elbow the guy next to you and give him the “that was hilarious!” face. Maybe getting up the nerve to tell the joke you’ve got that makes your circle of friends laugh and spreading the giggles, tears, elbows, etc.

Local celebrity and singing talent Miss Sarawan is performing a pre-launch party for her debut album in Bassac Lane. Known for bringing alive the sound and feeling of 1960s Cambodia (it was swinging), Miss Sarawan is heading a live-music Khmer rock and roll party. Codes for the CD download and merch will be for sale. Fun fact: the CD, “Sabay Jong Jam”, was recorded in Siem Reap’s 60 Road Studios after a successful crowdfunding campaign earlier this year.

Monthly dance party Cubik is back at Reggae Rooftop, this time with guest DJ James What, an artist from the UK who’s played the world over. Joining him will be DJs Sequence, Sushi and B-Fox; everybody’s spinning house, deep house, techno, drum and bass – all the sh*t you can’t stop dancing to. Free before 11pm; $5 after.

Across the street at Pontoon, KlapYaHandz bring their original jams all night long. This five-member Khmer hip-hop and alternative music group is changing the local sound. $6 to get in, but that comes with a Budweiser!

… And buttery-smooth singer VannDa is bringing his blend of Khmer pop, reggae and hip-hop to Sound Club for a special performance and dance night. Expect some popular dance hits and drink specials, too.

DIB Club on Koh Pich (Diamond Island) is holding a party called “Shuck Yeah!” Props for the name. It is an evening of being fabulous with Ostra oysters and wine by the club’s pool with a DJ playing deep house. I mean, really – shuck yeah!

Have you tried Seekers Mekong Dry Gin? Created in Phnom Penh, using a vast mix of local flavours, it is a unique taste that is honestly unlike other gins. (We know. We’ve tried it before.) The first Friday of the month, the distillery opens its doors to the public for a meet-and-greet with the spirit’s makers as well as (of course) cocktails made with it and designed around it.

Canadian photographer Chris Stewart has an art opening at Cloud for a mixed-media collection called “Senses”, which is all about how art can affect, well, the senses. Read his bio on the event page; it’s super eclectic and interesting.

Once again, Disney has regurgitated one of its beloved cartoon films into a live-action version. Why would you bother going to see this Aladdin? Because this one is directed by Guy Ritchie. That’s right – Guy Ritchie. The same man who brought you hyper-violent (and highly entertaining) heist-gone-wrong films Snatch and Lock, Stock and Two Smoking Barrels as well as the super-action, nothing-like-the-books Sherlock Holmes movies.

Ska band Checkered Past are bringing the infectious blend of punk, reggae and brass instruments that is “ska” to Cloud tonight. “It’s a 7 pieces band with guitar, bass, drum, trumpet, trombone, keyboard, vocalist, playing ska standards and few original songs,” says bar owner Pierre-Yves. Alright, sounds pretty good. He then added, “It’s 200% danceable, and they have so much energy on stage.” Alright, sold! Skank to the beat.

The hit film Bohemian Rhapsody has brought back to the forefront of people’s minds the awesomeness of ‘70s rock band Queen and their legendary singer Freddie Mercury, who belted out that song along with many other chart-toppers (“We Are the Champions”, “Somebody to Love”, “Fat Bottomed Girls”, “Don’t Stop Me Now”…to name a few) with so much heart and soul that nobody can listen to them without singing along. To pay homage to those tunes, that singer and that band, Hard Rock Cafe is hosting a free, live-music Queens Tribute Night.

Toul Tompoung music venue and restaurant Alchemy is celebrating its 3rd birthday with food, drink specials and three hours of jams from the ‘90s performed by the 99 Boyz. 99 Boyz frontman Mike Dynamo told What’s On why we should be psyched for this show: “‘90s music! Cheap drinks! Free drinks! And super secret special guests! Totally radical!” I mean, he had me at free drinks, but super secret special guests is pretty enticing, too.

HypeLab, a local collective of artists that looks to bring unique experiences to Southeast Asia through various mediums of art, is holding a “takeover” at Toul Tompoung spot HangOut.

“We will have a special line up of DJs. We don’t do any techno, drum and bass, or top 40. For this event we will be focusing on the underground production and rap scene,” says the party’s organizer. Who are the DJs? “Premo Sounds, Kenny Chase, Daniel Omens, Brandon Perez, Marie Tach and Nick Indigo…And our parties usually involve installation art as well. But as for this one, it will be all about the music!”

Understandable – that’s a lot of talented DJs! Cheap drinks will keep the party going to hear all of them. The venue’s free mechanical bull…well, that could either keep your party night going or stop it suddenly short. Either hold on tight or just hold onto your drinks.

Art! Create! Design! Today’s the day to learn new forms of individual creative expression, but in a very refined way. For adults, there are three sophisticated mediums to learn: modern calligraphy, printmaking and 3D architecture modeling out of bamboo.

Ginger & Grace stationary store is holding a 2.5 hour intro to modern calligraphy course, which will go from showing you how to put together those intimidating pens to how to actually use them in an impressive way. And then at the end, you can take it home – along with some extra nibs (metal tips for the pen), ink and workbook. [Btw, if you decide to stick around, there will be a pop-up baked goods (!!!) shop from 2-4pm, featuring various kinds of brownies, cookies, cake and cinnamon rolls from bakers Han-Na. Just saying… ]

In the afternoon, the Royal University of Fine Arts is holding a printmaking workshop with Professor Chan Vitharin. Open to registrants from the public, the workshop is part of SaSa Arts’ program for exhibition “Influence” by artist Srun Rida. A graduate of the Royal University (as well as the École supérieure de la photographie in France), Vitharin will be giving the three-hour course in the school’s volunteer-run, nonprofit Char Studio.

This is a workshop to teach you the properties of bamboo (which is both a convenient-in-Cambodia and a useful medium) and structure design. Part hands-on (learning how to split bamboo, for instance), part cognitive (like, learning some Adobe to understand building techniques) and part creative (structure design), the workshop will be a mental workout – with a meal at the end.

For children (or straight-up adults), there is a mandala drawing workshop which teaches “basic techniques on how to apply the colours”, according to the workshop organizer. Mandalas are intricate geometric shapes with religious or symbolic meaning, often used in Buddhist or Hindu depictions. (You’d know it if you saw it.) Despite the shapes’ seeming difficulty to draw, the class is open to ages 7 and up – because the mandalas are pre-printed. Shh! You can still tell people you drew it. Your kid certainly can. Let ‘em have their moment. One lucky person will win an art kit.

Some favourite things: happy hours that take place outside of the workweek; a happy hour that lasts for hours; good beer. Where to indulge in the favourites: Embargo craft beer bar. $1 off all craft beers on tap over three hours on a Saturday night. Sweet. Yeah.

In Cambodia, we know about electricity connectivity issues. Well, it turns out that connectivity issues have been a problem since the very beginning (though for different reasons), as depicted in the new film, The Current War, out this weekend. Basically, Thomas Edison had a war/race with another titan inventor George Westinghouse to see whose electricity system would power the U.S., and then the world (Tesla’s in there, too). Edison won. Fun fact: Edison didn’t invent the lightbulb, but took the idea from a guy named Swan who won a patent suit about it. But Edison made it better, and now there are movies about him, played by Benedict Cumberbatch. So…neener.

Did you miss Avengers: Endgame earlier this year? Feel like you can’t move onto the next chapter of the franchise without a review of where the characters stand now? Don’t care about anything in the Marvel universe, but need a way to kill time on Sunday and action movies are cool? Then head to Flicks for a one-time screening of this spring’s action hit and watch the team defeat Thanos (maybe).