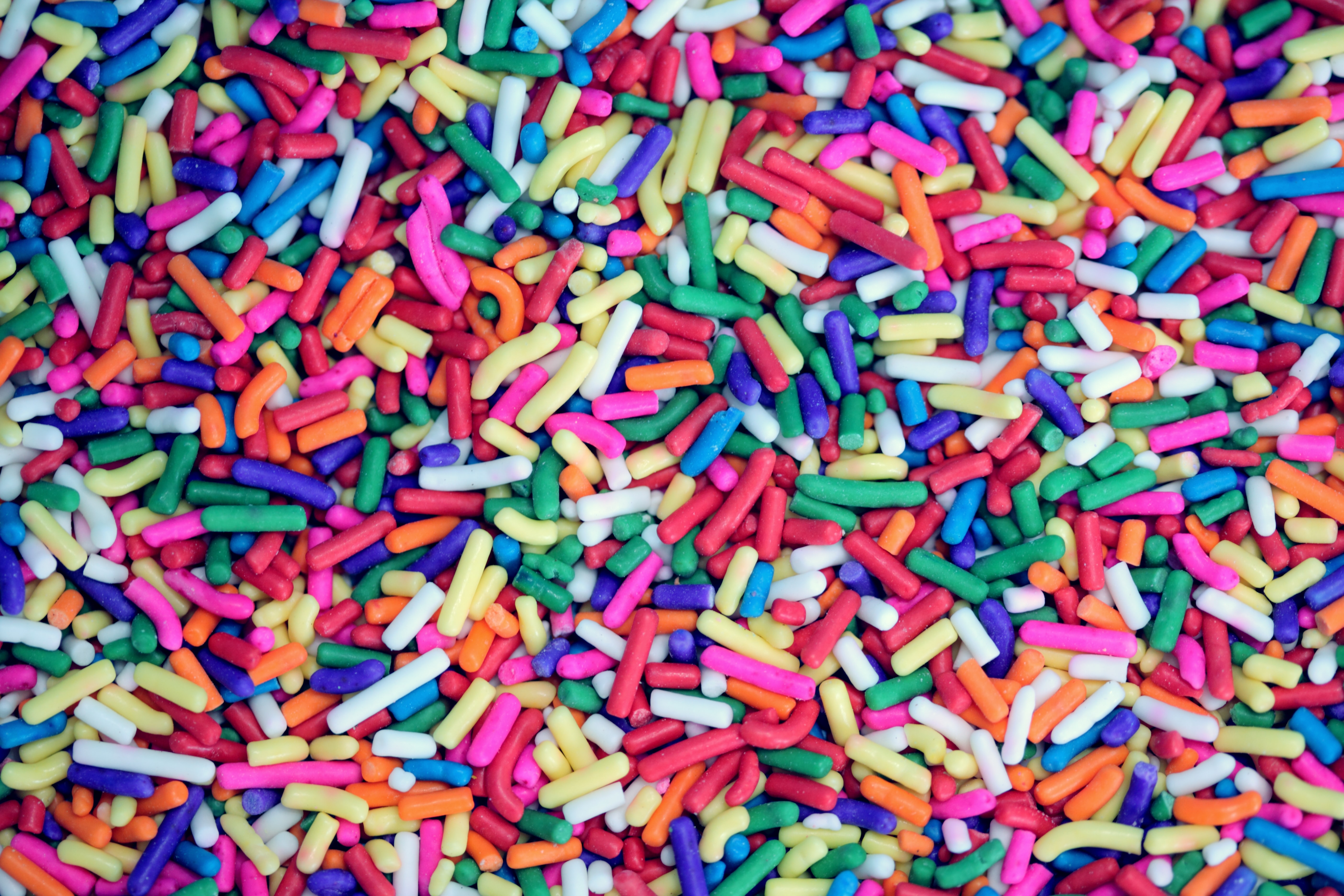 Photo by Sharon McCutcheon on Unsplash

Impact Hub is hosting a free Friday night movie screening of The Story of Plastic, in English with Khmer subtitles. The first 20 people who sign up for the viewing will receive a free collapsible coffee cup! Which makes sense given that the documentary is about the catastrophe that is plastic pollution in every way, from soaring plastic trash heaps to smoke billowing into the sky from its production.

This sounds absolutely awesome for fans of New Wave music (offshoot of punk that came in the late 70s/early 80s) – 30-plus bands performing live without narration or context. Filmed in 1981, Urgh! A Musical War features big names that we still know today as well as those that have been (essentially) lost to time.

Borat’s back. The fictional Kazakh television journalist who makes mincemeat of American politicians and douchebag college kids by literally just exposing how they behave when they don’t think it matters is the creation of British comedian Sacha Baron Cohen. Cohen, who is also the creator of Da Ali G Show, first introduced Borat to the big screen in 2006, exposing racism at it’s fervor in W. Bush’s America. The most recent iteration exposes that same racism and extremism at its fever pitch (although paradoxically, it also exposes American kindness and hospitality – and apparently Guiliani with his hand down his pants in front of a young woman) during the Trump era.

Singer-guitarist Lisa Conception will be playing an acoustic show at outdoor venue and arts event space, made for and by young Khmer artists, Futures Factory. For those who haven’t been there before, there’s food and beer to be had, too. 🙂

Mentos had a series of iconic commercials in the 1980s and early 90s in which someone was in a sticky situation, then popped a breath mint and had an absurd, brilliant idea. So when Ace, Jeric and Romar came together to make an 80s and 90s cover band, it’s natural that they’d want to name it Mentos Music Group.

Need a laugh? Comedic Stylings by Comedy in Cambodia is here to help with a free show and diverse line up of comedians. And they’re performing at a beer bar. Beer helps too.

When people think of 90s music, they often conjure up the image of one particular sound or era (Spice Girls or Rage Against the Machine). But the 90s really covers a whole spectrum of artists and dance tunes (C+C Music Factory was in the 90s, for example). Tonight DJs Circle of 2 will be playing the whole range for your dancing pleasure.

After five years Seekers Spirits is moving onto bigger pastures (like, just a couple minutes down the road). To honour the time spent at it’s inaugural location on St. 454, the gin makers are throwing a leaving bash, with dancing, free bar bites and cocktails (naturally).

DJane Sopheak is bringing her vast knowledge – and collection – of old school Khmer rock and roll to Long After Dark as a Khmer Rock and Roll Royale DJ set.

Skull Tech, aka a foray into tech house music in anticipation of Halloween, is transforming Meta House into the destination tonight for all things techno. The night’s playlists are in the hands of DJs Nemo, Nick E. Meta and Shibui Q.

Phnom Climb is celebrating its five year anniversary by throwing a rager and tearing down its walls. Just kidding!! They’re celebrating by doing what everybody loves to do best – climbing and enjoying good conversation while also eating some cake. 🙂

Coworking space WorkBar is screening a 2011 feature-length documentary on the strategies and considerations that go into designing cities. Given that 70% of the world’s population is estimated to be urbanised by 2050, these considerations are that much more pressing. Urbanized interviews city planners, architects, policymakers and academics who offer up solutions to the problems presented by a growing urban population.

Nausicaä of the Valley of the Wind, “one of the greatest animated films ever made”, is of the ilk of Studio Ghibli, though it came out before the studio’s founding. It takes place in an apocalyptic future in which young Nausicaä attempts to restore peace whilst communicating with giant insects and, of course, a wise warrior).

Italian singer-guitarist Robin Narciso is playing an acoustic set of his melodious tunes in the backyard garden of Botanico.

The name gives it a way a bit, but the Kim, Pristine & Mark Trio consists of Kim on guitar and vocals, Pristine on vocals and Mark playing drums. They’ll be playing a mix of top 40 hits and RnB tunes at Alchemy’s open-air stage.

Son Cubano, or The Sound of Cuba, is a musical style which originated in that tiny island nation in the early 20th century. Cuban singer Kayron, supported by guitarist Stan, are bringing the sounds of 1920s Cuba to 21st-century Cambodia.

Talented musicians from multiple bands are coming together as a super group, Psykic Elektric, to play 1980s New Wave with a sprinkle of funk. They’ll be followed by early rock ‘n’ roll outfit K ‘n’ E.

Indie-rockers The Goldilocks Zone are performing at Zeppelins as part of the month-long festivities to mark the long-time Phnom Penh nightlife staple’s closing. Nobody’s happy its going, but at least you can rock with them one more time!

For the closing of exhibition The Art of Detachment, Sra’Art is hosting a party (naturally) with wine and cocktails, meats and oysters, and most importantly, the artists themselves – Roman Koenig and Adana Legros.

FT Gallery is having an opening reception of its latest exhibition, Metamorphosis, a solo show by Cambodian visual artist Morn Chear. Through “Metamorphosis” the viewer is taken on a journey of the artist’s emotional, spiritual and physical healing after an accident.

Mini Banana is getting a new (temporary) look as it decks its halls with ghoulish decor. In short, it’s transforming into a haunted house, complete with “ghost garden, the serial killer sanctuary the panic room”. Plus, a couple of DJs (naturally). Dalah and Keimo spin house with a world world and tech vibe, and their performance will occasionally be augmented by a live saxophone performance and fire show. There’s also a costume contest; the winner will be chosen by the crowd and receive a free bottle of sparkling wine.

Be magically whisked away to India’s western most state Gujarat through a cultural evening of food and dance hosted by the Indian Association Cambodia. Witness or even participate in the high-energy dance form known as the Garba, performed as part of the Navratri festival, and try authentic vegetarian Indian cuisine from the region. Tickets are $9.

Can’t wait til Halloween proper to don your flapper dress and wrap yourself in sequins and feathers? Fair. Wunderbar is hosting a 1920s-themed dance party, complete with costume contest and jitterbug tunes, to transport you to the time when total debauchery was classy.

Ege Bar is celebrating Halloween a week early. Bar goers who come in costume will be treated to free drinks and shots, and if you come without one, face painters from Visual Arts will be there to lend a hand.

Rush Pub’s Sip & Play is definitely an adult game. Taste wine and cheese pairings while playing wine-themed trivia. This definitely seems like one of those times where it’s less about the destination (i.e. winning the game) and more about the journey.

Having just left their spot last night and not quite moved into their new space, Seekers Spirits is taking over Tomoka Cocktail Company for the night. With star mixologist Alfie Sean Amayo at the helm, expect an unusual twist and an unexpected mix.

Vibe doesn’t want to just sell you prepared veggies – they want you to be able to get them from the source. At a farmers market at its Toul Tompoung location, customers can meet the restaurant’s suppliers and buy directly from them, whilst also supporting local organic agriculture.

Futures Factory, in coordination with Phsar Kasephal (which means “farmers market”), is launching its inaugural houseplant community meet up. It’s a networking event for building a green thumb and houseplant parenting community. They will also have coaching sessions for sustainable living in the city.

In 1968 in Chicago, a massive peaceful protest against the Vietnam War (as it’s called in the US) led to chaos and violence as the heavily armed police fired into the crowd. Seven of the protest leaders were arrested and their trial held the following year. The Trial of the Chicago 7 was entirely in the control of the people against whom the protesters were demonstrating (the government) and could have very well ended swiftly and with convictions but, as the demonstrators outside of the courthouse noted, the whole world was watching.

A Million Ways to Die in the West is about a cowardly farmer who gains his courage to court a new woman in town, and must retain it to confront her husband when he arrives, too. But what’s probably more telling than that brief synopsis is that it’s a film written, directed and starring Seth MacFarlane, i.e. the creator of the TV show Family Guy. Entrance is $2, but includes free beer and/or soda.

Based on a true story, Same Same But Different is about the love between a young German man in Cambodia on holiday and a young Cambodian bar girl, and the lengths that he goes to to save her upon learning that she is HIV positive.

Smooth out the kinks and relax into the metaphorical bubble bath that is Sunday night jazz. Songstress Intan Andriana and guitarist Arone Silverman have put together a set of chill tunes to enjoy with a meal at restaurant-venue Green Pepper.

Round up your weekend by unleashing your creativity and relaxing into a new activity at a block printing workshop. The three-hour class led by Morn Chear and the artists of Open Studio Cambodia will cover the basics of linoleum cutting and making prints, which attendees can take home. All supplies are included in the $15 entrance fee.

And keep tuned for more Halloween to-do’s as we get closer to the big day!

Continue Reading
You may also like...
Related Topics:drinking in phnom penh, featured, live music phnom penh, Phnom penh nightlife, what to do in Phnom Penh, What's on Phnom Penh

Get Your Dancing Shoes!
What’s On Halloween