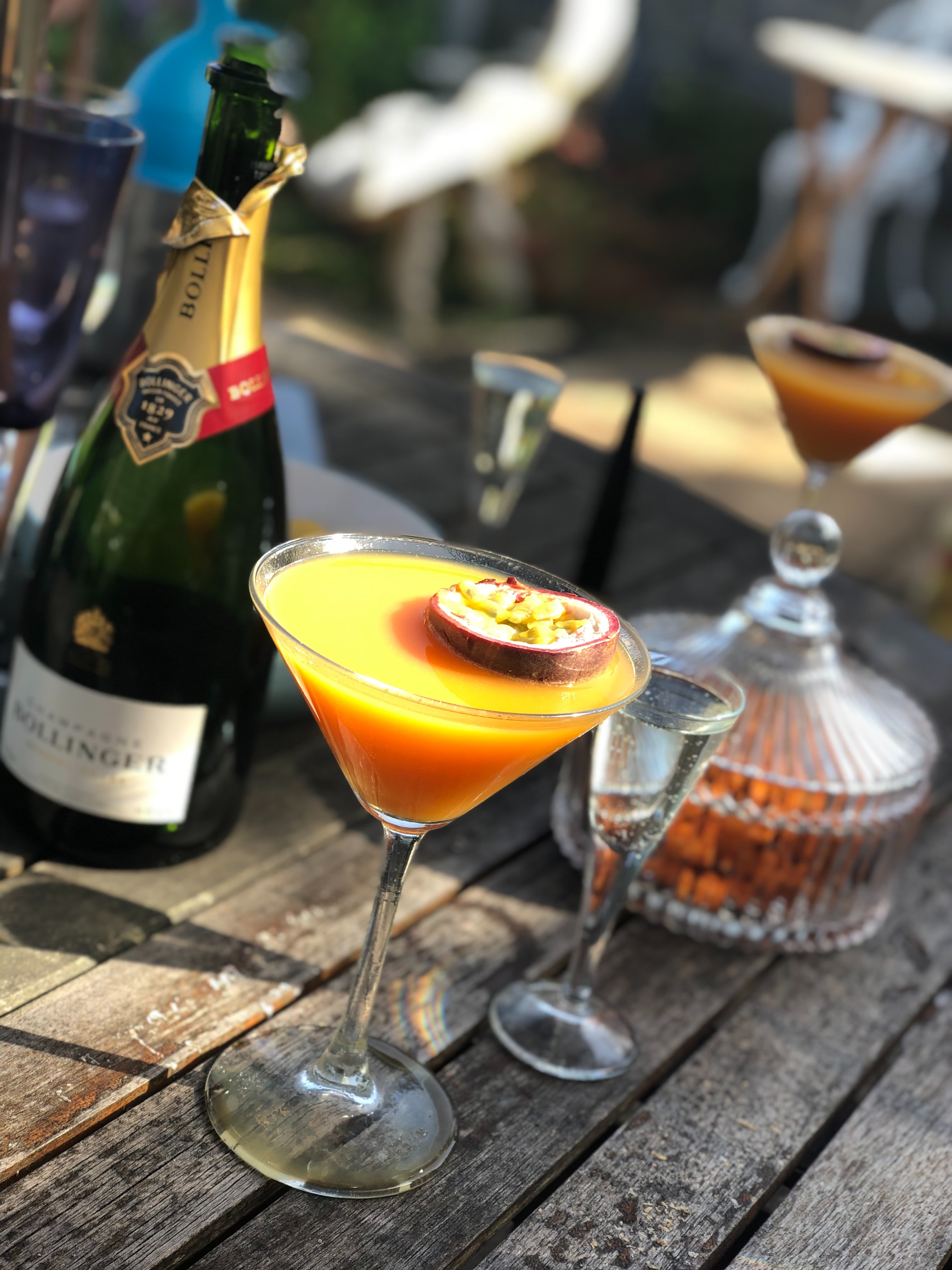 Photo by Donna Billson on Unsplash

First off: If you’re wondering “where can I get my celebratory crêpes for La Chandeleur??”, don’t worry. We’ve got you covered. Check out all the spots to hit up for crêpes this weekend here.

Six young filmmakers, under the tutelage of award-winning director Rithy Panh, are debuting their documentary shorts at Bophana Center. The films in the One Dollar Project cover a range of issues relevant to Cambodian culture, including history, social change, the environment and artistic heritage. The films are in Khmer.

Motherless Brooklyn is the film adaptation of a novel of the same name, an inventive take on the hardboiled detective genre in which the protagonist suffers from Tourette’s Syndrome. The story crosses the boroughs of Brooklyn and other New York environs as he searches for the killer of his mentor and friend – the one person who was ever nice to him.

Cloud is celebrating its 4th anniversary by rolling together several of the artistic events they throw throughout the year into one night! Indie post-rock band Simoun is performing, followed by Checkered Past, whose punk and reggae-inspired ska music will get the crowd dancing. While that’s happening, Yalev and Sascha will show off their keen skills by doing a live painting and creating a new mural to adorn Cloud’s gallery of diverse Phnom Penh artists. Drink specials include discounted beers and cocktails as well as South American liquor Cocalero.

One year older, Farm to Table is celebrating its 5th anniversary with a special Acoustic Friday concert, featuring the Rhiannon Johnson Trio. The restaurant will be serving up special snacks and drinks to accompany Rhiannon’s smooth voice, Damani’s funky bass and dynamic James playing jazz on the piano. The first 50 guests will get a complimentary drink!

We Are Disco is the combination of seasoned Phnom Penh musicians Phil Javelle, Euan Grey and Antti Siitonen performing with guest singer Sophie Messina. The combo is bringing all the boogie fever disco hits, performed live, to Bouchon Wine Bar.

Singer Mirasol Aguila is gracing the stage again at L.A.B with “jazzy neo-soul guitarist” Arone Silverman to play an acoustic arrangement of new and old soul and R&B classics at this Soul Nouveau review.

Thai band 7 Days Crazy are playing an epic show at Epic Club. This all night party stars the smooth singing crooners and musicians as well as smooth Hennessy promotions.

An unexpected dance party is popping up in an unexpected place. Toul Tom Poung’s Wings & Beer is throwing House Party! with three DJs playing house music. DJs Lyka, Mixmaster K10 and Cool Sam are on from 7pm until late, and of course the beer will be flowing until late, too.

Friday night quiz night is perfect for those who like to get their trivia on, but find it difficult to make it out during the weekday nights. Or really, it’s just plain good for people who like trivia. The games begin at 8pm sharp at The Garden at Bassac, and the winner gets a pitcher of beer or a bottle of wine (note: this restaurant handpicks its French wines).

Two Canadian comedians are coming to Phnom Penh to share their Canuck humour at Cancom 2020. Eric Alexander, currently living in Shanghai, won the 2019 Bangkok International Comedy Competition. Andrew Packer lives in his native Vancouver and is the founder of Jokes N Tokes Comedy and the Joker Broker Podcast. Reserve your spot in advance and get a 20% discount on your $10 ticket.

The Eighty8 has become the new rave spot as DJs Kaza, INEE and Ryan Reid are starting up their new Raveology party, playing techno and house. ‘Tis free.

NeuDrop Collective presents Marie Thach and DALAH at Party Patio. Both will be playing their flavours of tech house and techno. ‘Tis free.

Bophana Center is screening Rithy Panh’s 2006 film Paper Cannot Wrap Up Embers, documenting the destruction of the lives and spirits of young women who are in prostitution. The film puts real faces and names to a group that’s often passed over, though it includes 30,000 Cambodian women. The screening is free; the film is in Khmer with English subtitles.

Authentic Pokes, a tattoo studio and collective that features non-traditional tattoos using the traditional hand-poking technique, is have a flash tattoos sale all day today, designed by their newest member El-Purdo. Curious what you’d be getting yourself into? Stop by and see the designs, or send them an email for more information and to book a spot.

The Factory Game Room is bringing back its board game meetup, the perfect opportunity for those of us who love to play board games but don’t necessarily have enough people to form a quorum. Time to unite! It’s free, and there are refreshments available.

Politikoffee is holding its next forum on “Understanding Cambodia’s Cultural Policy” with guest speaker So Phina, Manager of Knowledge, Networks, and Policy Program at Cambodian Living Arts. The talk, which will be in Khmer, will cover why arts and cultural education is important and how it intersects with politics as well as how one could make improvements.

Upcycling is the process of taking something that you don’t want and altering it so that it becomes something you do want (the “reuse” of reduce, reuse and recycle). It’s also an awesome opportunity for creativity. Farm to Table is holding a workshop for little ones aged 3-6 (I’m sure that’s a rough estimate, 7 year olds) to play around with crafting and upcycling. $10 for the crafting class and it includes a scoop of ice cream.

Ege Bar is holding an all-day Shop and Drink garage sale, with various vendors selling their second-hand clothing, shoes and accessories, home goods, and children’s clothing and toys. And of course the bar will have drinks to keep you motivated.

Garage rock Garage Party at Garage! The five-member Sinville Roadshow will take the stage with special guest performance by Clay George. This is a burger bar, too, so consider a dinner show.

Pocket Change, a 5-member funk and disco band, are playing their dancey grooves at Alchemy, So, as they say, “hop on the soul train and get your boogie down” (they literally did say that).

Amanjaya Hotel Suite, in conjunction with Kwest Restaurant, are kicking of the 2020 classical music season with a performance of Recuerdos de la Alhambra by guitarist Huy Thanh Nguyen. His solo performance will include works by Granados, Tarrega, Albeniz and Rodriguez. The $15 entry includes a tapas buffet and one free drink.

Plan B, rock and soul band formed in the mid-80s in Adelaide, Australia, is still going strong and are kicking off their 2020 tour “Som Chop Tini” at Hard Rock Cafe. Didn’t know them then? Come hear them now. It’s free!

Berlin DJ Nakadia is on her Southeast Asia tour, making a stop in Phnom Penh especially for monthly dance party Cubik. Originally from Thailand, she plays techno and deep house and has been described as someone who can “connect, brighten and disarm with her smile”. Aww! Playing alongside her are Tim Coates, INEE and DJ Sequence, and there will be a special live set from Airstrip feat John Gartland. And face painting and drag show and presumably specials on drinks from event sponsor Heineken. It’s free before 10:30pm and $8 after.

Just around the corner is another dance party with a lineup of five DJs playing soulful disco (deep) house. Shindig and No Problem Disco have two DJs flying in for the event: headliner Neil Pierce is coming from the UK and Serginho from Portugal. Joining them are Sound Advice (UK), Jack Malipan (Portugal) and Cookss (France). $5 entry gets you a free Cocalero bomb.

Another DJ lineup to prove that it really is an international dance night is Party Patio’s free party: DJ Paul Jove from Bolivia is playing a deep house set while France’s Reltho will spin “micro house”.

Meta House is screening Shoplifters as part of its Japanese authors’ cinema series. Three generations of the Shibata family live together in poverty in one house. The film depicts their struggles and Japan’s growing class divide, but it’s not depressing. Perhaps that’s part of the reason this “heartfelt” and “engrossing” film won the Palme d’Or at Cannes Film Festival.

The Bak Touk Fire earlier this month left 150 families – most of whom were already poor migrant families – without homes and without possessions. They are in need of emergency housing and bedding, food, clothing, school materials, bicycles and the means to rebuild businesses. A large group of Phnom Penh and local businesses (24 as of publication) have donated items to be raffled off ($3 for one, or $10 for five) to raise funds to donate to the Friends International-led relief effort to provide for 40 of these families. Additionally, vendors selling toys, organic veggies, henna tattoos, cosmetics and clothing will be set up all day, donating a portion of proceeds to the effort. Hosts Kinin and Little My Cocktail Bar will donate their proceeds from the day as well. Also, if you have goods that you would like to give to the affected families, the event will have a drop off place for donations.

We all need some natural healing sometimes. Surya Rooftop Yoga Studio invites you to do just that at their gentle yoga class followed by a sound bath. Both reduce stress and provide awareness through meditation. The session is $15.

Phnom Penh’s “newest party place” is having its soft opening tonight in Samai Square. NEM Lounge and Bar is celebrating the affair with live music from 17 Crush Band and DJ Zsofia and 30% off everything.

And while it’s still kind of the weekend, Super Bowl 54 is tonight (in the US, EST). If you need to watch American football’s biggest game of the year live, then you’ve got two options (and remember, this is at 6:30am here so you’ll need to set an alarm or make your Sunday night extra long). Pick the one that best suits your needs. Boston Pizza & Bar has an $18 all-you-can-eat pizza and wings special with unlimited soda and canned beer. (6:30am Feb. 3, Boston Pizza & Bar, St. 278) Lone Star Saloon will save you seat for $10, which also includes breakfast, unlimited coffee and your first draft beer or bloody mary. (6:30am Feb. 3, Lone Star Saloon, St. 23)

Is that it? No! Check out the rest of our calendar listings here and have a great weekend!

Happy New Year, Australia Day and everything in between
We LOVE This Weekend!