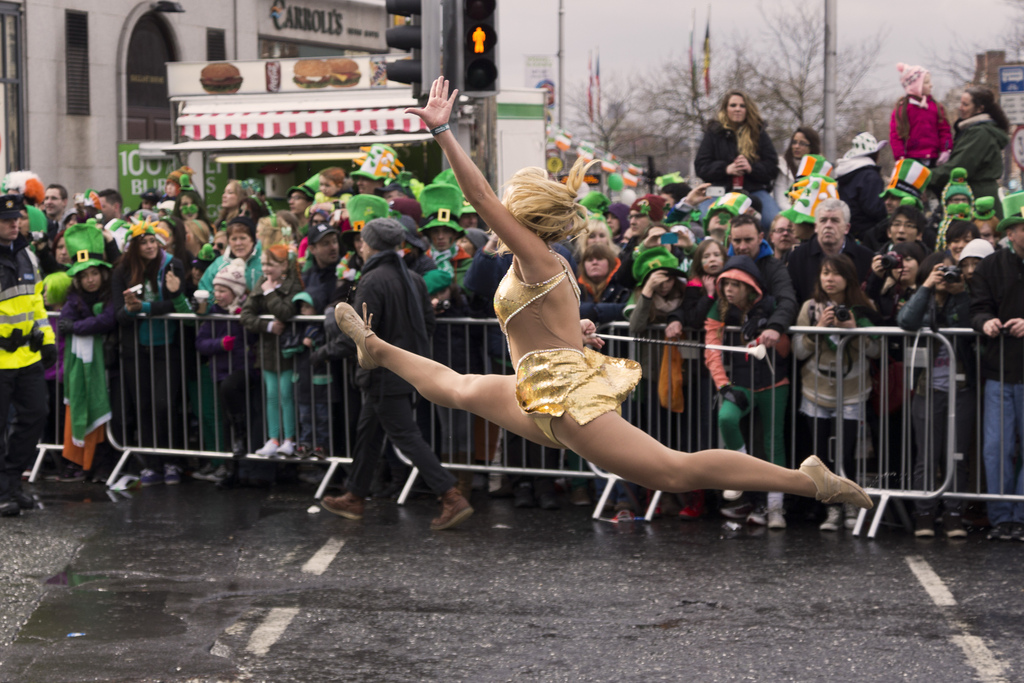 Happy Friday! Here’s your guide to top craic in Phnom Penh from now until Monday morning.

META House is absolutely killing it this weekend, with an awesome lineup of documentaries from Cambodia and beyond.

Tonight at 4pm, they will screen a documentary that explores the world of aboriginal art in Australia.  Art & Soul explores contemporary Aboriginal artists and how their art practice is driven by culture and heritage, political and personal preoccupations, dreams and imagination.

Following this is a film which helped to uncover the poor working conditions and low pay in an H&M factory in Cambodia: Sweatshop will be screened at 7pm.

The Future’s Past, showing at 8pm, follows young Cambodians as they come to terms with the horrors of the Khmer Rouge and begin to ask questions of their family that lived through it.

If you are saving yourself for a Saturday of Guinness–fuelled carnage, then why not chill with some live music on Friday?

Sid Syed will take the stage at Tacos Kokopelli from 7pm tonight. The young, humble and highly talented Syed, with a tinge of Jack Johnson about him, will be serenading all taco lovers with some acoustic covers.

If you would prefer to get your dancing flip flops on, then get down to Alchemy for the Time Zone Band. From 7pm these guys will be banging out some nostalgic 70’s/ 80’s beats with a little classic rock thrown in to really kick off your weekend.

As usual, if you are hitting the weekend hard, then MadHouse is the place to be. Come down anytime after 11pm and party as hard as you can until 8am (not for the faint-hearted).

Alternatively, if the recent Phnom Penh appearance of Hip hop legends The Pharcyde inspired your inner MC, then get to the open mic at Cloud. 12ME ឌូស្សស្មេ hosts from 9pm, while live piano will be provided by Indonesian artist Metta Legita. Cloud welcomes all experienced or aspiring MCs and will be offering Kingdom beer for $1.50 and IPA at $2.50.

If you aren’t already deep into your St. Paddy’s day celebrations (fighting your Brother from the North and listening to the Wolfe Tones, maybe) then start off gently with a film.

Can’t quite face real life at 10am on a Saturday morning? Start the day with Paddington 2 at The Flicks. Sometimes, you just need to watch your favourite well–spoken bear get on with his adventures.

When your brain starts to kick in a little more, then Bernard George’s Cambodian Error is definitely worth a watch. The film, which is screened a the Bophana Centre at 5pm, looks at some of those who supported the toppling of the Lon Nol regime in 1975 and the subsequent rise of the brutal Khmer Rouge. It focuses on Jean Lacouture, a journalist specialising in Indochina, who supported this revolutionary movement, before announcing his errors three years later on television.

META House takes a critical look at the country’s economic progression since the war with Ruins to Riches. Cambodia has seen its economy grow at rates unparalleled by other post-conflict states. At 7pm Meta House hosts a collection of short documentaries, animations and music videos produced by young Cambodian filmmakers, who each offer unique perspectives on this progress.

First up we have the Hard Rock Cafe, offering an all day special of free beer for anyone wearing green. Beyond that it’s only $12 for unlimited beer for 3 hours. If you will drink more than 12 beers (and you probably will) then to be sure, to be sure, this sounds a pretty good deal to us.

If you want a free drink at Alchemy then you will need to be quick; the first 50 punters in green get a free cocktail. From 7pm you can then enjoy more special cocktails created from Jim Beam Cambodia and Midori while listening to Phnom Penh Celtic favourites, Kheltica.

Oscar’s On The Corner will toast the Irish the only way it knows how: with bloody good live music! From 10pm the so–called ‘Best Damn Bar in Town’ will host the Stiff Little Punks before the weekend house band K’n’E, takes the stage.

The German beer hall is also getting in on the St. Patrick’s day shenanigans.  From 7pm, Hops welcomes Beth Patterson to bring a cajun twist to some Celtic favourites.

If you want some great music, but would rather avoid the swarm of Plastic Paddies, then you may enjoyFunk, Blues, Rock & R&B at The Mansion Heritage Bar. From 8.30pm, the Fender Benders will bring their brand of crowd–pleasing favourites to your Saturday evening.

For a more ‘authentic’ St Patrick’s Day experience, you probably want to check out some real Irish bars like Paddy Rice on Sisowath Quay or The Irish Place on St 110. Expect general boisterousness late into the night.

Elsewhere, there is the Rave Now Techno Party with DJ Lefty at META House from 9pm. Expect all night tunes from the Hungarian DJ, free entry and specials on cocktails.

Over at Club Love they have special guest record spinners- DJ Maily and DJ Alex Matt. There is a $5 entry fee, although this comes with a free drink and 30% off Jack Daniels all night. Must be the luck of the Irish!

That Irish luck will probably be pretty drained by Sunday morning... So may be time to treat yourself to the brand new champagne brunch with unlimited Mumm over at the Hotel Le Royal (Raffles). Sabre D’Or at Raffles is not cheap – prices starting at $84, but with a delicious ostentatious menu and unlimited champagne it may just be worth it.

Alternatively, for a more chilled out (and affordable option) then get down to the St Paddy’s BBQ with Beth Patterson at Farm To Table. Not only will the BBQ be the perfect hangover cure, but the very talented Louisiana native will be playing her Celtic-infused tunes to get you through this trying time.

If you really are Irish then the Catholic guilt of your hedonistic weekend will be setting in by now. We recommend keeping this at bay by ending the weekend on an intellectual note. META House has a number of great documentaries to make you think about more than your sore head.

Mekong, the Mother is first up at 4pm. A documentary by the German filmmaker and fishery expert Peter Degen, this looks at the lives of those who live on the banks of the world’s 12th longest river.

At 7pm, The Post looks at Cambodia through the eyes of some of the journalists working at the Phnom Penh Post. Hugh Piper’s film focuses on the central characters of the American editor and publisher, Michael Hayes, and his band of expatriate and Khmer reporters.

Need some unique Cambodian-made gifts or would just like something a little different in the living room? The Ripple Craft Fair may tickle your fancy from 10am.

If you are not quite ready to let the weekend go, then let Scoddy be your host at the Sunday Sundowner at Tacos Kokopelli. Draft beer is $0.75 from 5pm and all are welcome to get on stage and give it a go!