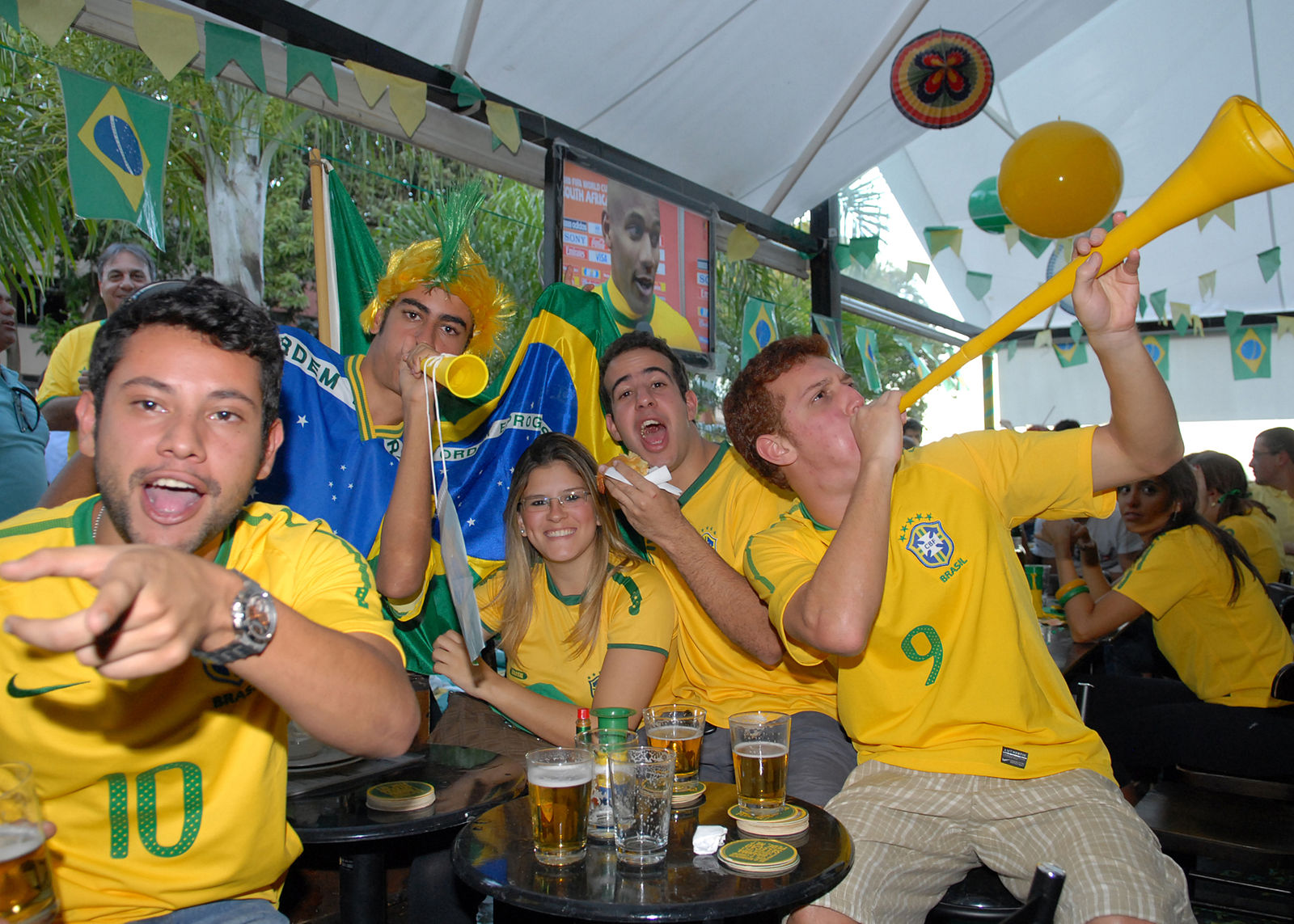 What To Do In Phnom Penh This World Cup Weekend

It’s time for Phnom Penh to celebrate Football fever instead of dengue fever for once.

Fancying a chilled start to the weekend? Then we have you covered. East Meet West Music with Pavel Ramirez will bring a delightful collection of English pop and Spanish salsa to Alchemy from 8pm.

If you are looking for something a little different then head over to Cloud for Grace and Hound Live from 8:30pm. Jessica and Saswat somehow merge their diverse musical tastes inspired from their respective homelands of Nepal and the US.

If you are looking to start the party a little earlier, the Hard Rock Cafe will sort you out. DJ Marcus Ill will be taking the decks from 5pm.

If the wonderful production of ‘I am A Camera’ two weeks ago got you in the mood for more Southeast Asia nostalgia, then the Bophana Centre has the film for you. The Sea Wall will be screened from 6:30 pm. The film is set in 1931 Indochina and is based on the 1950s novel of the same name.

Okay so the big question on everyone’s lips: where the hell can I watch the World Cup in Phnom Penh? Sporting events can always be a little tricky to rely on here in the Penh. Dodgy illegal streaming and feeds often let us down. Fear not however, as the World Cup is being well covered.

Mad Monkey will be showing all world cup games with drink specials available each time.

Duplex will show all games with the finest selection of Belgian beer in town, and with cherry Beer St. Lambic on offer all month.

Hops will show all World Cup games with the offer of BBQ to accompany the footie.

3 Mangoes will show all the games with happy hour pricing of $1 draft.

Score Bar should be showing all games and Mao’s promise to show all the games with special offers on Russian Standard Vodka.

The big game on Friday is Portugal V Spain.

If you are needing a little culture to counterbalance the football hysteria then META House, as always, has you covered. The Urban Chic Street Art Exhibit, Party and Film from 7pm looks pretty special. It is a contemporary street art exhibition collaboration from two Phnom Penh Resident artists Venk and Macmillan. Enjoy a street art exhibition, the international street art documentary Bomb It and finally an After party 40 Thieves Apparel Pop up store and a live Dj set from Dj Bree.

You can begin getting your fix of live music from before the sun goes down this week. The Soundwave Concert will begin at 6pm at the Hard Rock Cafe. The concert will launch the The Sound Initiative Music Academy Programme. This will allow you to sample some true and current Cambodian music and  help support the scene.

Music for the Soul ft. Mirasoll and Pristine will be live at Alchemy from 8pm, bringing their mix of pop, jazz and soul.

Rush Pup has their own brand of live music to enjoy with The Passion Fruits Social Club from 8pm. It is described as 6 French dudes with 1 piano, 2 guitars, 1 trumpet, 1 cajon and 2 violins. We expect it to be hipster as hell, but no doubt pretty enjoyable.

And finally: coming off the back of a raucous return to stage last week at Tusk, the Complicated Business boys will be lighting it up at Oscar’s On The Corner from 10pm.

At 4pm, over at The Flicks, is the childhood favourite, The Goonies. Following this at the Flicks from 8pm is the adolescent favourite, Pulp Fiction.

Saturday is a great day for football:

Bong Bong Bong will be hosting the first joint exhibition of two veterans of the street art movement and culture in Cambodia. Mind The Caps showcases the work of Peter Venkman and Benny Blanco and this weekend only will see some great bargains being offered on their work.

Over at Exchange Square is the Duality Exhibition. This will showcase a number of Kbach Artists and looks at the fusion of traditional Cambodian artistry and western urban art. It then goes one step more and explores the difference between day and night as Gregory Gosselin’s sculptures will be transformed into a shadow play in the evening.

There is a workshop at Nowhere Art Studio offering a really cool alternative to a hungover day in bed. From 9am- 1pm The Self-Portrait Acrylic on Canvasfrom workshop will be hosted by Syahrulfikri (Ajin), the co-founder of Nowhere Art Studio. It will go over the basics of portraiture, acrylic painting techniques, brush types as well as brush strokes for you to paint your self-portrait on canvas. It’s $40 for one person or $70 for two, so best bring a buddy.

The Oscar winning documentary Icarus will be screened at 4pm at META House. The film, by accident, uncovers a major Olympic cheating scandal.

Steven Spielberg’s The Post will be screened at 8pm by META House. The highly relevant film surrounds the the revelation of the Pentagon Papers, which revealed secret details of US actions during the Vietnam War. The 1970s scandal serves as an allegory of the current political climate in the USA.

Underground Speakeasy Bar will be showing all the games on Sunday and is offering buy one get one free on Angkor and Cambodia. It’s the place to be if you are craving a strong blast of A/C on a fragile Sunday.

Costa Rica vs. Serbia- will also be screened at the Hard Rock Cafe from 7pm.

It’s Fathers Day and therefore the high end brunch venues are looking to cash in. If your Father wants some feeding and ‘watering’ before watching the footie later on, then here are your top options.

‘Dads Rock’ at The Hard Rock Cafe will offer a free appetizer to any Dad all day.

The Father’s Day Brunch & Pool Party at the Sofitel is being put on in partnership with Samai. So expect delicious food and Phnom Penh’s favourite rum galore. Prices start at $59 per person and go up $89 to have unlimited unlimited Taittinger Brut Champagne, Samai Cocktails & Chateau Le Grand Verdus Wines.

Raffles are doing ‘To Dad with Love.’ $78 per person gets you a meal and free flow house wine and beer. If you bring it up to $88 then you can enjoy the free flow champagne.

Fathers Day Brunch at The Great Duke is $39 including free flow beer and wine. You can upgrade to free flow champagne for $51.

At Sun and Moon Hotel there is a Father’s Day set menu for only $25 per person.

You could also just take him for $1 street noodles and 50 cent beers….

Mind The Caps and the Duality Exhibition will be continuing throughout Saturday and Sunday so you have no excuse to not do both this weekend.