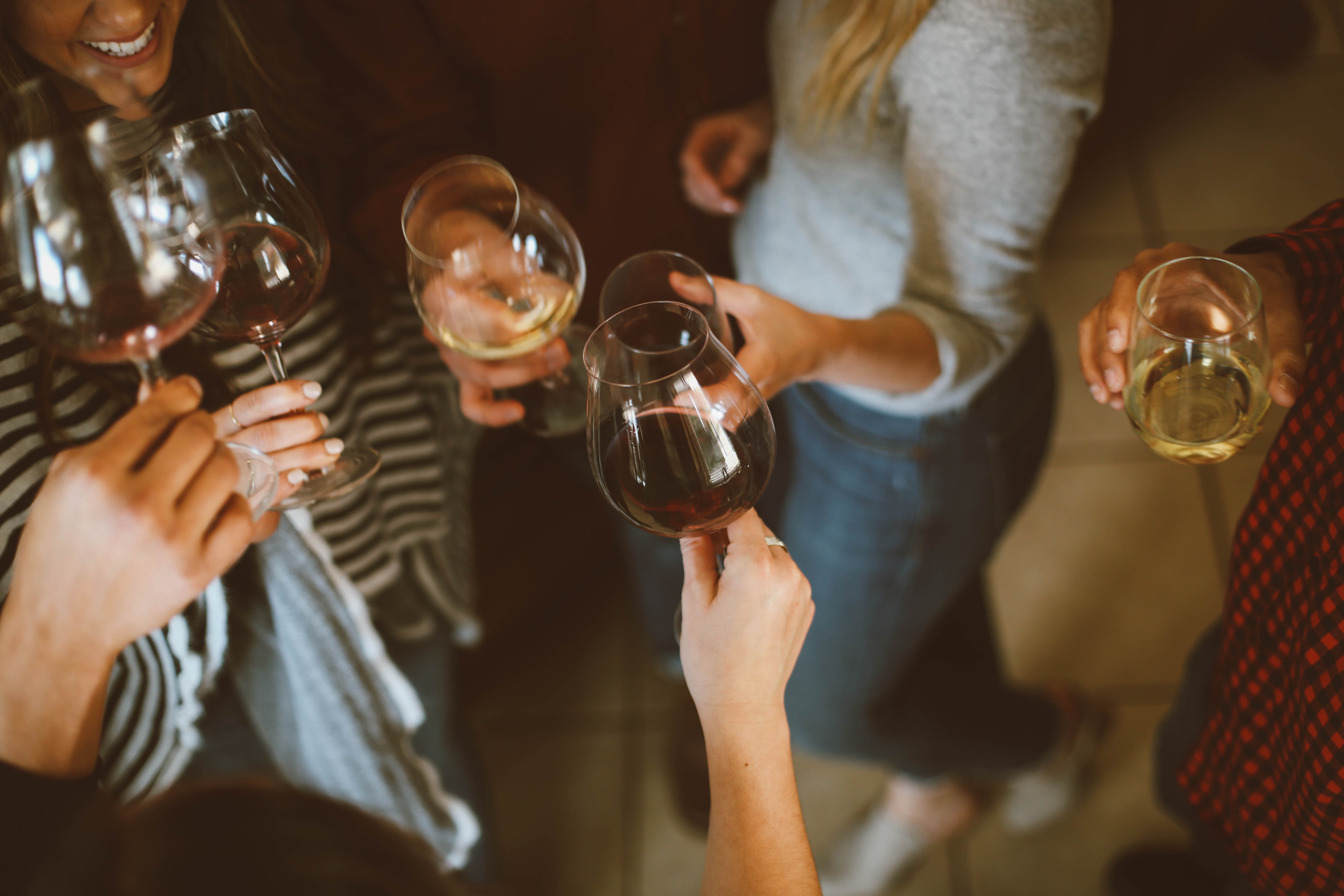 What’re YOU doing this weekend? We’ll tell you

Photo by Kelsey Chance on Unsplash

Small World Small Band are going to bring their hit blend of pop and Cambodian tunes to QK Club tonight. Come early and enjoy the Chivas Royal 2+1 special, then stick around after the band to dance it off to a DJ spinning EDM, trap, hip hop and “brake Thai”.

Bassac Lane is opening all of its doors and every inch of standing room for live Caribbean, Jamaican and Cuban music. French-Caribbean singer Cécile Dahomé is bringing the sound of the tropics from the other side of the globe with the latest iteration of band Son Caribe.

Grab a tuk tuk or put on your walking shoes and make a little tour of the acoustic shows tonight:

Acoustic trio the Boxchords are playing whiskey bar Bodleian – but you don’t have to drink whiskey. Sip on two-for-one Prosecco Pitars Gold while taking in some pop hits and rhythmic originals (with harmonica!).

A little further south at Farm to Table is duo The Sock Essentials, playing folk, rock and pop…in seven languages! Who cares what instruments? Come for the chance to hear “Born to Run” in Hindi (maybe).

Head east of Norodom to craft beer bar Botanico to hear Pete Boyle strum classic tunes on his guitar while you sip on their home-brewed IPA.

LF Garden is holding another “happy hour” at night, this time with local singer and guitarist Lisa Conception. She’ll be playing covers and originals too!

Space Cat has returned from outer space to land in Phnom Penh (his favourite city, we hear). And for some reason his number one thing on the to-do list is to throw a stand-up show. At least that’s what all the comics at The Box Office are saying. Space Cat. Comedy. Free entry. Sounds logical.

Ace mixologist Sorya of Fizz in Toul Tompoung is (unfortunately for us) taking her ace mixology skills to France. But (fortunately for us) is serving one more time at her leaving party tonight, DJ’d by electro/house DJ Sola. Get one more cocktail (or two or three) and then raise it to toast her.

DJ Mariah I Don’t F#@king Carey is going to be playing a dance party at Duplex. She’ll be playing all the dance hits from the beginning of rock and roll to the 90s…and hopefully some “Dreamlover” and “Fantasy” and that Christmas one that was in Love Actually.

Shh! Tomoka Cocktail Company is opening a speakeasy. Drink like you’re a Prohibition-era boozer who flew away from the States to a country with free-flowing cocktails just for one night. AKA drink like there’s no tomorrow – with class.

The Institut français is screening French drama Jusqu’à la garde with English subtitles. A married couple has separated and now are fighting for custody of the children. The father is accused of being abusive, but there is a question of where that story came from – the mother or reality.

Local singer-cum-actress-cum-photographer-cum-DJ Marie Thach is guest performing tonight at Positive Vibes Monsoon Sessions dance party at Cloud, along with party thrower and DJ Moudy. Your $5 entry gets you a shot. So really, it’s like paying $3 cover.

There are all sorts of markets going on today, for everything from food to clothes to tattoos. It’s pretty cool! Check it out:

The Urban Space Family Flea Market will have games and art activities for kids, handmade clothing and jewelry made by local entrepreneurs as well as vintage clothes.

On the other side of town at the Factory is the Swap Sabai Market. Also designed as an ethical market, swap or buy other people’s unused clothing in good condition. The prices are limited to $10, so it’s affordable, too.

Futures Factory will be putting together a unique concept festival – Ink Fest. Dedicated to tattoo art, permanent and not, seven tattoo artists will be giving flash tattoos as well as henna tattoos all day long. A portion of the ink proceeds will go to Mith Samlanh/Friends International. There will also be a beauty station, kids playground and a scratch art contest open to all ages. Ever think about getting a tat but could never decide on one that you’d want forever? Get one here and then remember the significance of the moment, regardless of the image.

And finally, Exchange Square will be holding a traditional farmer’s market, with fresh produce and family activities.

But wait, there’s more! Phnom Penh Players theatre group is holding auditions for its upcoming psychological drama “3 Steps to Supernova” at Kbach Gallery. Asked what to expect, co-author Rob Appleby said, “As well as being a great psychological drama, the plan is to create a visual extravaganza for the audience. ‘3 Steps To Supernova’ deals with some pretty heavy subject matter, so bring all your emotions with you.” Should newbies be afraid to try out? “We’re a community group open to all levels of experience. Never acted before? Neither had I before I joined.” There’s a first time for everything!

Need a side of food (from a country that starts with “I”) with your live tunes? There’s two options tonight. Go figure.

Cloud is holding an Indian music and food night, with Thomas Hommeyer on sitar and Pervez Gulzar on the tabla. In addition to being a musician, Pervez has professional restaurateur under his belt, and he will be serving up a chicken and potato biryani dinner. The Boxchords will also give a guest appearance.

At Italian restaurant Trattoria Bello in Toul Tompoung, “vintage act” 1 Girl 6 Strings will be playing jazz tunes from the 1930s onward, promising to make you tap your foot AND to pull on your heartstrings.

Party Patio is celebrating/mourning the end of summer by throwing a Last Day of Summer Party. Whether you’re happy or sad that it’s the last day of August, you can feel good about DJ Sushi’s groovy techno.

And DJ Leo will be spinning at Ege Bar as they celebrate their vast selection of Stone Head Brewery beers by selling buckets of it. Literally. But what makes this a particularly unique fest to drinking is that bar manager Yalev Aroun designed t-shirts for the night! Literally. It’s a special shirt just to commemorate this one night; he’s only printing 10 to give away, and they’ll never be made again. That’s dedication to making a special night!

The Wizard of Oz had its 80th anniversary last week, and now the Factory is showing it so that the next generation (is it the fourth generation?) can enjoy this weird, trippy, beautiful, historic, fantastical tale of the magical land of Oz and girl who realises there’s no place like home – while wearing fabulous shoes.

Think Club Love couldn’t bring something new (besides backpackers)? Think again. Tonight they’ve got one of the top 100 DJs from Russia, Max Newman, on the decks. He’ll be spinning house, disco and techno.

Every Sunday, Eleven One Kitchen in BKK holds a free Khmer class, which is a great way for non-native speakers and Khmer speakers to exchange language skills and socialise. It’s open to all levels, so don’t be shy! There’s only one way to learn, and that’s to do.

Also every Sunday is the Yoga for Phnom Penh Community class – a chance for junior instructors at Krama Yoga NGO to get experience teaching classes. It’s also made purposefully affordable ($2.50 suggested donation) to let those hesitant to try yoga give it a chance.

The Box Office office is kicking off a week in which every day offers a different lamb dish paired with a craft beer, that’s titled “Love Lamb Week”. You can probably guess that that’s said with a tongue firmly planted in cheek.

For more great tips on what to do this coming week, check out our daily listings here.