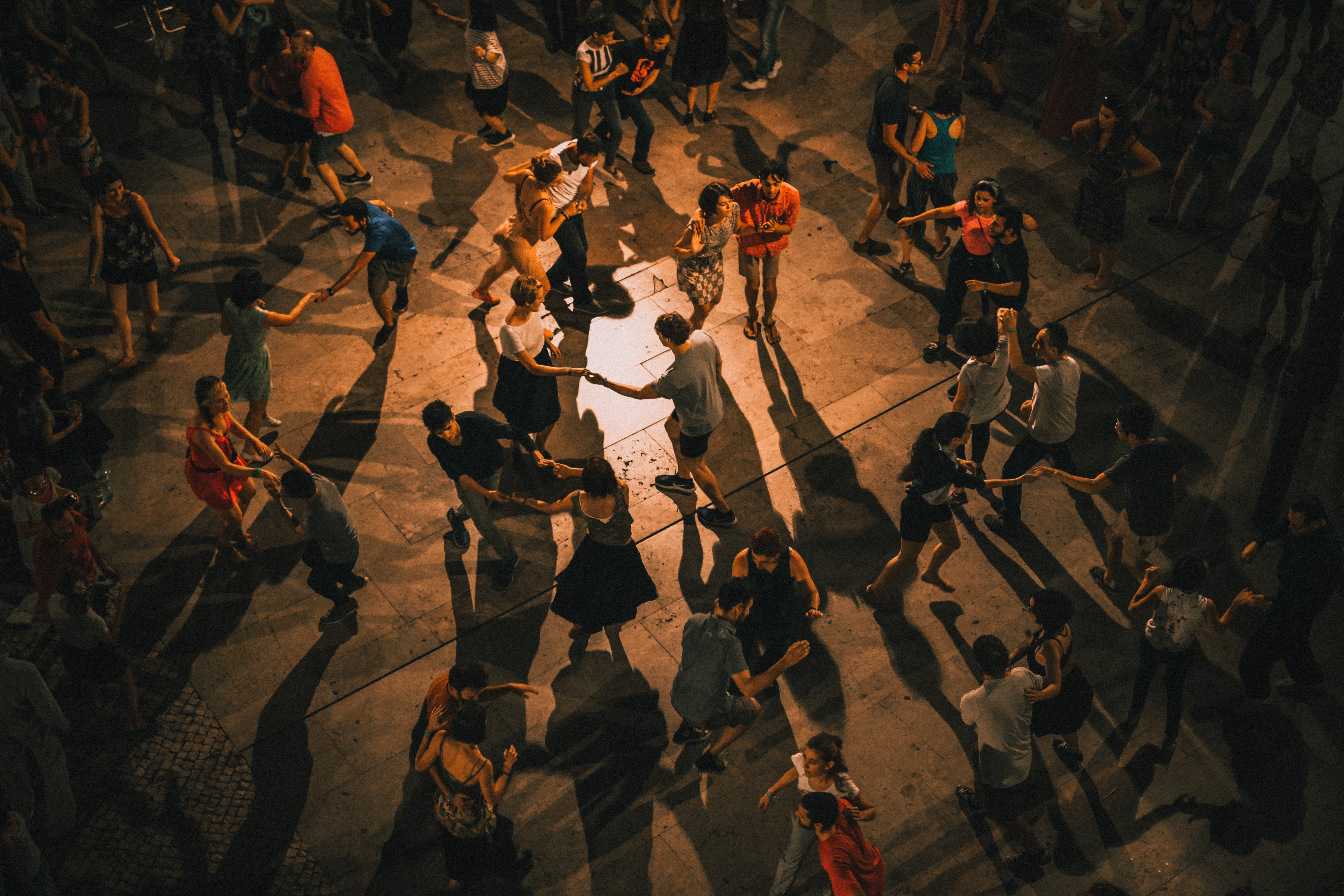 Photo by Ardian Lumi on Unsplash

The documentary The Girls of Phnom Penh follows three young women who were victims of the virginity trade in Cambodia. Over a six month period from 2008-2009, the film followed the daily lives and trials faced by these women, letting them share their stories in their own words. The film’s musical score was written by Nick Cave and Warren Ellis.

For an innovative way to spend your Friday night, try an art and wine pairing. For $25, attendees are walked through a tasting of ten different wines as well as the full art exhibition at Sra’Art. All of the above are accompanied by tapas so, you know, you don’t accidentally get drunk on glass number 8 and fall into some art.

Live comedy is back at The Box Office! And it’s free! And featuring your favourite Comedy in Cambodia performers. Keeping things safe, they’re limiting seats to 45 people – but there’s no limits to laughter! Har-dee-har.

Jazz and swing at Alchemy tonight is brought to you by duet Anthony and Femke. Guitarist Anthony provides the pop-soul rhythm for singer Femke in this bubbly acoustic set.

Over at Farm to Table, Japanese duo Mary and Takeshi play jazz and bossa nova tunes. Their acoustic vocals and guitar bring to life the classic style of Antônio Carlos Jobim and modern style of Kazumi Watanbe.

Jazz and the City is back for another evening at Green Pepper, this time “Swingin’ the Blues”. A musical style that came from being a way for oppressed people to share stories and emotions, but with an added swinging upbeat so as not to drown in all of it. 🙂

Talented house band Band@Work is playing a Queen tribute night at Hard Rock Cafe. It’s free and, if the music video they created parodying the “I Want to Break Free” video is any indication, it’ll be carefree fun.

Singer and guitarist Scott (Scoddy) Bywater is playing a solo show at Oscar’s on the Corner, featuring songs from the heart and pies from JD’s Pies. He’ll be followed up by K’nE (Khmer and English) old school rock and roll at 10pm.

Mike Dynamo and Bad Kenny of 99 Boyz fame are sharing the stage tonight with anybody who’s willing to get on it at Mic Drop Karaoke. They’ve set up their professional sound system and stage lights, two screens and are ready for any song. Are you?

From “golden era garage to sweet psychedelia”, DJane Sopheak is spinning the best of classic Khmer rock at Long after Dark. And from 7-8pm, Harvest Craft Beers are buy one, get one free.

Large open-air bar/restaurant Azure is opening up its space to salsa and bachata dancers. All levels and styles are welcome to the dance floor, free of charge. Professional dancer Hugo Osario is also offering an intermediate class just beforehand (7:30pm) for those who want to work on their skills and get a little warmup

“Without it, hip-hop wouldn’t have happened. Dance music would have no groove”: Funk music grew out of jazz and blues in America in the 1970’s, a way to express oneself and perk up in troubled times. The one-hour documentary One Nation Under a Groove includes interviews with greats George Clinton, Sly & the Family Stone, Earth, Wind & Fire and Kool & the Gang.

Phnom Penh Climb is an unexpected spot for a pop-up tattoo shop, but with plenty of space to work with, they’ve opened their doors to artists from Black Star Tattoo, which had to shutter their doors this week. Time slots are open for up to an hour, and tatts are priced by how long they take (ranging from $20 to $60). So if you want a new look, head to the gym!

Bassac Studio is hosting a kids’ intro to painting course. The $10 class is open to children aged 2 to 5 and includes a homemade snack. But space is limited, so sign up in advance if you’re trying to find your Saturday “me” time.

Farm to Table’s Mini Farmer’s Market (a farmers’ market in the age of social distancing) this week will feature Pelican Bakery pies, breads and cakes as well as La Pops Gelato.

For something random and different, check out the Fashion & Creative Bazaar at the “Phnom Penh Fantasy World (Dinosaur Alive Theme Park)”. Warning: there may be clowns.

Tonight’s the first show by Asian Voices, a singer/guitarist duet made of Lee and Ron, at the Banana Leaf in the new Chip Mong Noro Mall. Check out the new talent and the new digs.

For your dose of rock, check out punkabilly psych glam rock band Conspiracy Theory at Alchemy. Expect some unusual covers (as well as the usual ones and some originals).

Simmer has grown from the acoustic duo that originally joined together in 2015 into a quartet comprised of vocals, guitar, sax and bass. The foursome will be playing blues, jazz, R&B and soul tonight at Cloud.

To step up your tango game, check out the new class starting at Phnom Penh Dance Studio. You don’t need a partner, but you do need to be comfortable “in close embrace and doing ochos”. Class is $10.

And over at The Factory, there is a new three-week salsa for beginners course starting! Tomoka Cocktail Company will also be there in case your feet need some liquid encouragement. $10 for foreigners; 32,000 riel for Cambodians.

To get down to Berlin’s underground baseline techno, head to Meta House for DJ Nick E. Meta and friends.

The Last Emperor tells the story of Emperor Pu-Yi’s life, from his wildly privileged childhood in the Forbidden City and the start of his reign at the age of two to his imprisonment under Mao’s Red Army in the 1950s. It won nine Academy Awards, including Best Picture and Best Director.

After an extended period of social distancing, it’s probably about time to freshen up your book collection. Rush Pub is holding a book exchange. Very simply put – leave a book, take a book. And also a glass of red. Or a beer.

Penh House Hotel has brought back its bagels brunch and pool. Load up a bagel with any toppings you can think of (savory or sweet) and then (after waiting 45 minutes) paddle around the pool to work it off. Repeat if you’d like. Or just stick with the pool and some cocktails. It’s your Sunday.

Srey Ka and Ratha, together as K’n’E, are playing covers of 60’s rock – Cambodian 60’s rock. Special guests are planning on dropping in to jam, too.

Phnom Penh’s “longest running open mic” is still going! Sunday Sundowner at Tacos Kokopelli consistently has talented singers, guitarists and one very recognizable comedian come to perform and chill out making this the friendliest end to the weekend.

Remember: when in doubt for what to do, check out something new!

Continue Reading
You may also like...
Related Topics:arts phnom penh, Phnom penh nightlife, what do in phnom penh