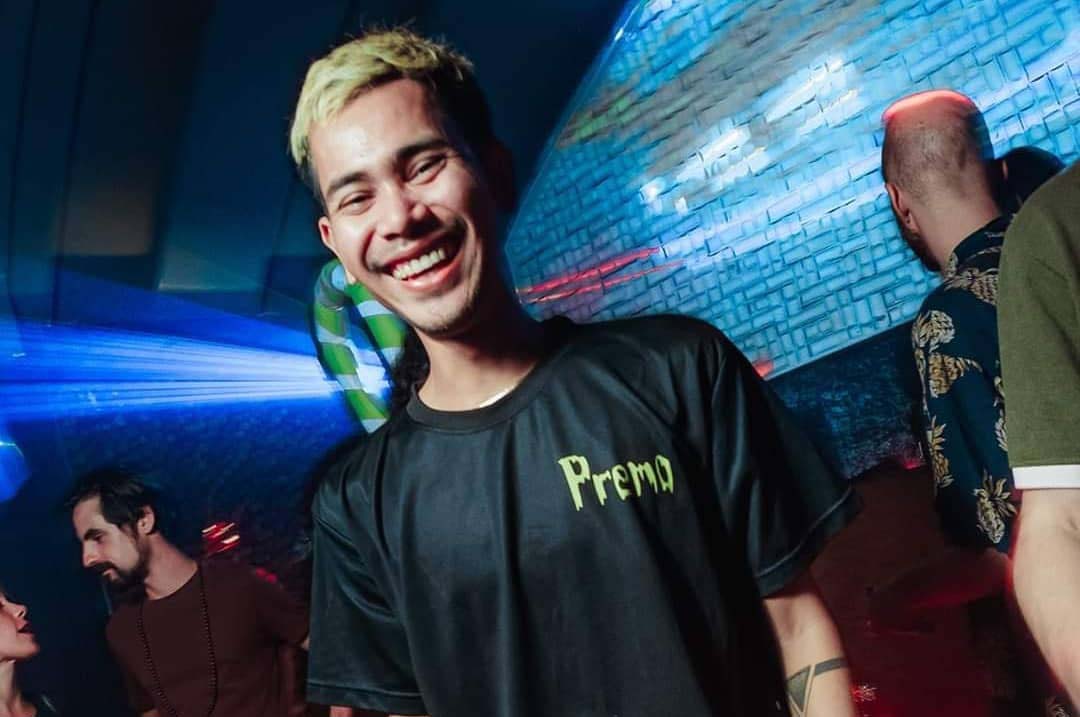 What’s On Phnom Penh’s Khmer reporter and translator, Thearo Nuch, has not been slowed down by this Coronavirus epidemic. In fact, with a new music interview TV show launching tonight, it seems he’s busier than ever! Fortunately, he still has time to tell us all about it.

Thearo, you have a TV Show! This is super exciting. I don’t even know where to start. Have you ever done a TV show before?

Just smaller budget interview show I did back at Sabay [in 2018].

It wasn’t a show per se. I invited artists to come to Sabay, interviewed them and had the stories published. But I spiced it up by doing it in front of a camera. It was on for about three or four months. I had like almost 30 videos actually! It’s small because we only had one person to edit – sometimes two – and sometimes one camera man. I was the director, producer and scripts.

For this new show, Dive In, you filmed the pilot on a proper set. What’s that like?

So, there were camera crews and the director and producer watching from outside. During this pandemic time we try to isolate as much as possible. But the energy is great. We set up the atmosphere but it’ll change throughout the time.

What’s the premise of Dive In?

Interesting artists that have an interesting story – and that have music on Pleng. It’ll be live streamed on the Pleng app, and will be posted all over their social media – Facebook and YouTube, etc. So, it’s Pleng audience-targeted, but will also be aimed at people that love music and the artists, as well.

Is it in Khmer or English?

It’s in Khmer at the moment but I’m pushing for English subtitles.

Much appreciated! Who did you interview for the first episode?

I interviewed 4T5, a young and emerging Khmer rap artist. And also we played the rap game.

We put some random words in the box then trying to rap a verse based of it. It’s fun. 😊

Cool! So what did you learn in your deep dive interview with 4T5 (for those who won’t understand the Khmer interview)?

He has a good sense of humor but also talks deep about his perspective of his self image, as he’s young and has like 60-something tattoos on his body. [He talks] about his way of creating music and some regrets regarding his face tattoos.

Did he say why he got face tattoos? When did he start getting tattooed, and how old is he now?

He was at a darker place. There’s a tattoo on his face that says “no tomorrow” because he thought his life was over. He just got it last year – most of the tattoos – and he’s only 20 years old.

He’s a rapper but he’s actually so down to earth. He doesn’t go out a lot because he’s scared that people get intimidated by his appearance.

That’s really sad! Was he trying to tell people not to judge a book by its cover? Did he share any specific story?

Yes, he did say that. Just don’t let his looks intimidate other people because he’s actually a nice guy. He used to be picked on, like when he was at work, and getting lunch some people would just leave the table when he joined.

Oh wow. I’m really glad you got to share his story, his perspective.

Basically it’s called “Dive in”, so artists let their stories unravel, and people – especially their fans, who normally only get a small part of the stories – get to see more.

What gets you excited about this project?

I love talking to artists! Talented people – to talk with them about dreams and challenges, set backs and how they could, above all, be an artist….

I hope that [Dive In] will have a positive impact with the artists and audiences, and I’m willing to go big. Like above and beyond.

Ooo!!! What does that mean? I’m intrigued.

Getting people more educated on the art (music) more; that artists also have their amazing talent and personalities. It’s just hard sometimes to get to know them since it’s an exciting and unpredictable journey for them. But we’ll keep changing and improvising. Just to make it better and better. 😉

A new Cambodian music show with an intimate glimpse behind the glamour – and a dose of Thearo – amazing!

The 4T5 Dive In interview was shown in an artist spotlight on the Pleng Facebook page. Jump to minute 16 to see it, and look out for more Dive In episodes with Thearo this fall!