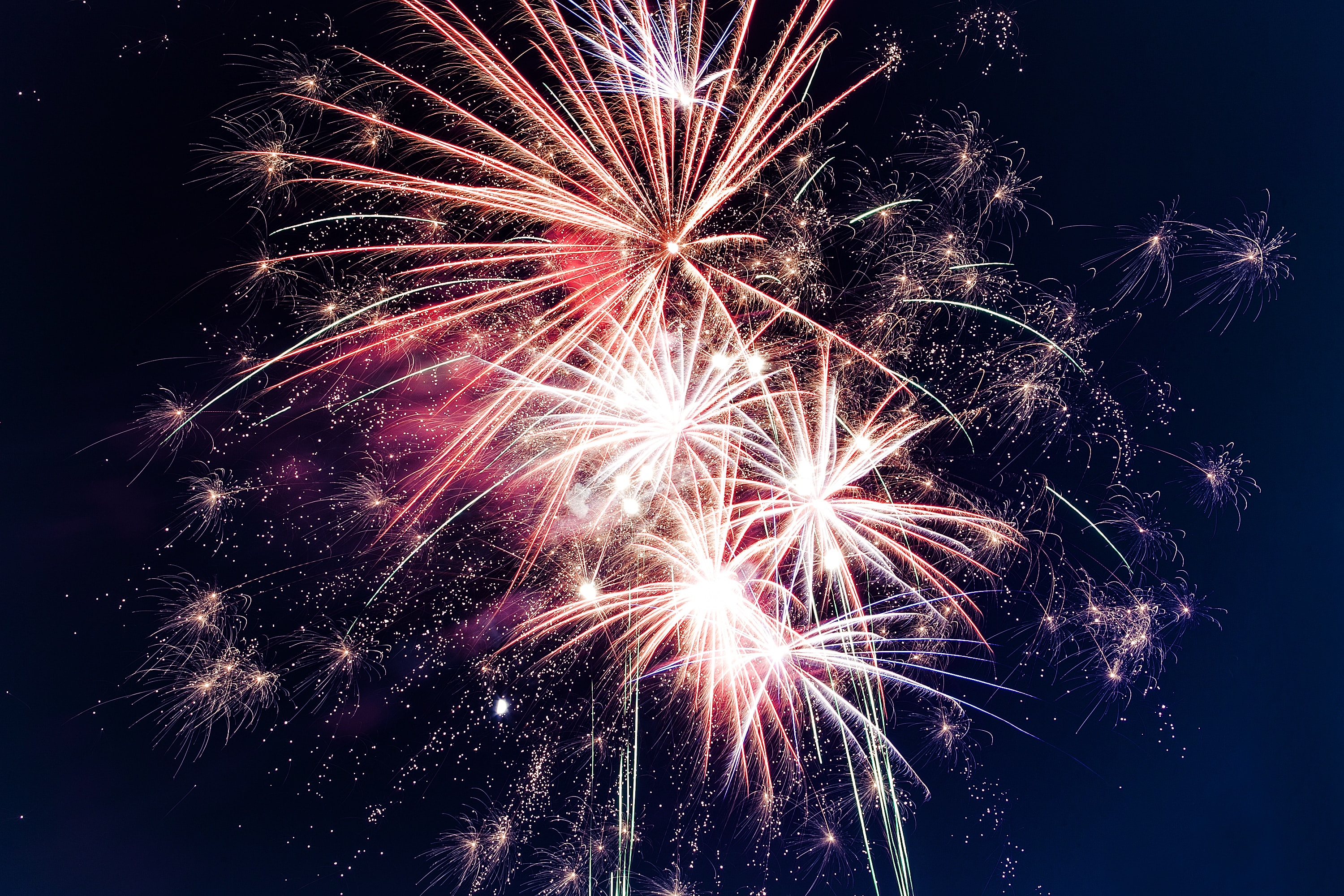 Where are YOU this weekend?

Photo by Roven Images on Unsplash
Sunday is the start of Phnom Penh’s largest holiday – Bon Om Touk, or Water Festival. The holiday traditionally celebrates the changing of the tide of the Tonlé River, as well as the connecting Mekong River and Tonlé Sap Lake.

During the monsoon season, the Mekong River swells so much that its excess forces the water of the connecting Tonlé River to flow backwards, filling the Tonlé Sap Lake to its zenith. When the rains subside, so does the water level and the river returns back to its original direction, flowing into the Mekong. The Tonlé River is the only river in the world that changes direction seasonally! (It’s pretty cool.)

The whole country, seemingly, descends upon the capital’s riverfront to watch three days of boat races, flotillas elaborately decorated with lights, concerts and fireworks. Those who don’t like crowds, or who want to use the holiday days for a needed vacation, tend to leave the city.

This year’s holiday weekend has also been marked by the announced return of former leaders of the dissolved Cambodia National Rescue Party (CNRP) opposition party, including its founder Sam Rainsy, who has said he would return on Saturday, Cambodia’s Independence Day. At least 50 opposition party members around the country had been arrested since the announcement was made mid-August, with roughly a dozen more arrested earlier this week, and on Monday Cambodia deployed its troops to its borders. Many may opt to stay home as Saturday draws near, not knowing what the possibility of a return may bring.

This is all a really long way of getting around to saying that there are not too many planned activities for Friday and Saturday in the city, and that the big-ticket item you should go to on Sunday (and Monday and Tuesday) is the riverfront’s festivities.

You! Haha. Well, you could be if you go to sing karaoke. Cloud is hosting a YouTube karaoke night with dollar beers and $2 punch and mixed drinks. Have some drinks, let loose and belt your heart out.

8-11pm, Cloud, St. 9
Do you find a better zen by busting a gut? Then stand-up comedy is the way to go, with Comedy in Cambodia’s “Laughter on Tap” at Riel Brewing. The comedy open mic is a way to see yourself on stage, or to openly (and acceptably) laugh at others who are. It’s free, but they ask that you reserve your spot in advance.

7:30-10:30pm, Riel Brewing, St. 464
There are options, too, for those who’d rather sit silently and let others’ music soothe the soul. That’s fair; you’ve worked all week.
Kristen and Pavel will be playing at Farm to Table, literally with the intention of soothing your soul. The duo will be performing the gospel-rhythm and blues hybrid made popular in the mid-20th century by the Soul Stirrers.

6:30-9:30pm, Farm to Table, St. 360
Alchemy is hosting six-man cover band Antonio and the Experiments. What kind of covers? “Recognizable” ones. Which means it’ll be pleasing.

8-11pm, Alchemy, St. 123
Hard rock band GC Riders used to play in Cambodia. Having come from countries across the globe, the five guys were drawn together by their mutual love of AC/DC, Metallica and Judas Priest. Eventually each member of the band went his own way…only to find that their paths happened to cross again in Vietnam! So they said, yeah, they’ll make a go of it again. See their reunion show tonight at Duplex.

There are two options for Latin dancing tonight. At Hey Hey in Toul Tompoung, dance instructor Lisbet Francis will show party goers any type of Latin dance moves that they’d like to learn, but it’s limited to six people, so advance booking is advised. Entry is $10 and includes a juice or beer.

8:30-9:30pm, Hey Hey, St. 155
If you get into one of the six spots, or you’re uptown already, or your heart belongs to tango, then head to Riverside’s KWest Restaurant. They’ll have a live band and a mini tango lesson at 8:30pm. This event is free, but they suggest making reservations.

In honor of Water Festival, Meta House will be screening A River Changes Course, a 2013 documentary on rapid development’s destruction of Cambodia’s environment. Directed by Oscar-winner Kalyanee Mam, the film won the Grand Jury Prize for World Documentary at the 2013 Sundance Film Festival.

After watching the film, stick around Meta House for its underground techno party. Guest DJ Achaya, who has shared the decks with other notable DJs Diplo (who came to Phnom Penh in May), Major Lazer and Bert Bevans, blends commercial with Indian and Arabic influences, “earthy beats” and natural sounds. He’ll be joined by Meta House resident DJs Marcus ILL, Nick E. Meta and Sao Sopheak. Not only is this party free, but they’ll have $1 beers all night.

What’s On the Screen?

Chinese film The Climbers premieres today. In 1960, a group of four climbers of the China Everest Climbing Commando are making their fifth attempt at an incredibly difficult portion of Mount Everest…after the four previous attempts led to disaster. The film is in Mandarin with Khmer subtitles.

Various times, Legend Cinemas, various locations
For an English-language audience, there is The Farewell, the story of a Chinese family who return to China when they learn that their grandmother is fatally ill. However, they do it under pretense as they don’t want the grandmother to know that she is dying. Instead they focus on enjoying their time together as a family. In English and Mandarin with English subtitles.

Pushkin Tattoo Art Studio is celebrating its one year anniversary with an all afternoon and night fête. Everyone will be greeted with welcome drinks and, during the day, visitors can check out the art gallery’s exhibition of Olesiq Illustration Art’s watercolor paintings and Zoo & Cash’s latest collection of accessories. There will also be a lucky draw for a chance to win a watercolor, some accessories or a gift certificate for a tattoo. (Check the link for how to enter.) As the sun goes down, the volume will turn up. DJs Dalah, Marie Thach, Jash and INEE will be playing dance tunes from 8pm til late.

2pm, Pushkin Tattoo Art Studio, St. 308
Down the road, Psynovation will return to Party Patio, presenting emerging musical styles. Dalah will be playing this party, too, as well as DJs Marcus ILL and Reltho. These guys are solidly house to techno with deep house in-between.

Underground dance music continues late into the night at Pontoon Pulse with the monthly dance party Rhythm Control. “Paying homage to dance music made with the Roland 808, 909 & 303” (two types of drum machines and one bass), the party will have house, techno, electro, acid, with a “twist of high tech disco and funk” from DJs Alan Ritchie, Rob Bianche and Lefty Stryker.

So… there’s Water Festival starting today. Find a spot at any venue in Riverside with a view or find a space along the banks of Sisowath Quay to watch the sportsmanship, fall under the awe of elaborate lights gliding on water and fireworks above, and appreciate the beauty of everything around – from smiles, to yummy food, to the power of the mighty rivers.

Throughout Water Festival, the Ministry of Environment, along with partners from nonprofits, foreign governments and corporations, will hold the 1River Music Festival. The fest is a three-day music event featuring top Cambodian artists as well as a message: say no to unneeded plastic and put trash in the proper bins. There’s no better way to respect the rivers than by not polluting them!

6-10pm, in front of the Ministry of Environment, near Koh Pich
Small World Small Band is launching its latest EP by playing every single song from it in an epic show at Aeon Mall Sen Sok City. The group is so popular that they played a concert for King Norodom Sihamoni last weekend with the London Chamber Orchestra as their backing musicians! Tickets are $3.

Gamers and fans of Mobile Legends: Bang Bang can head to Wat Botum for three days of playing, watching and meeting Cambodia’s biggest star players: Seak Vlogger, Rainnie Dara, Henaa Gaming and SZ_Gamer. Learn their moves, and one day you could graduate from minion to marksman.