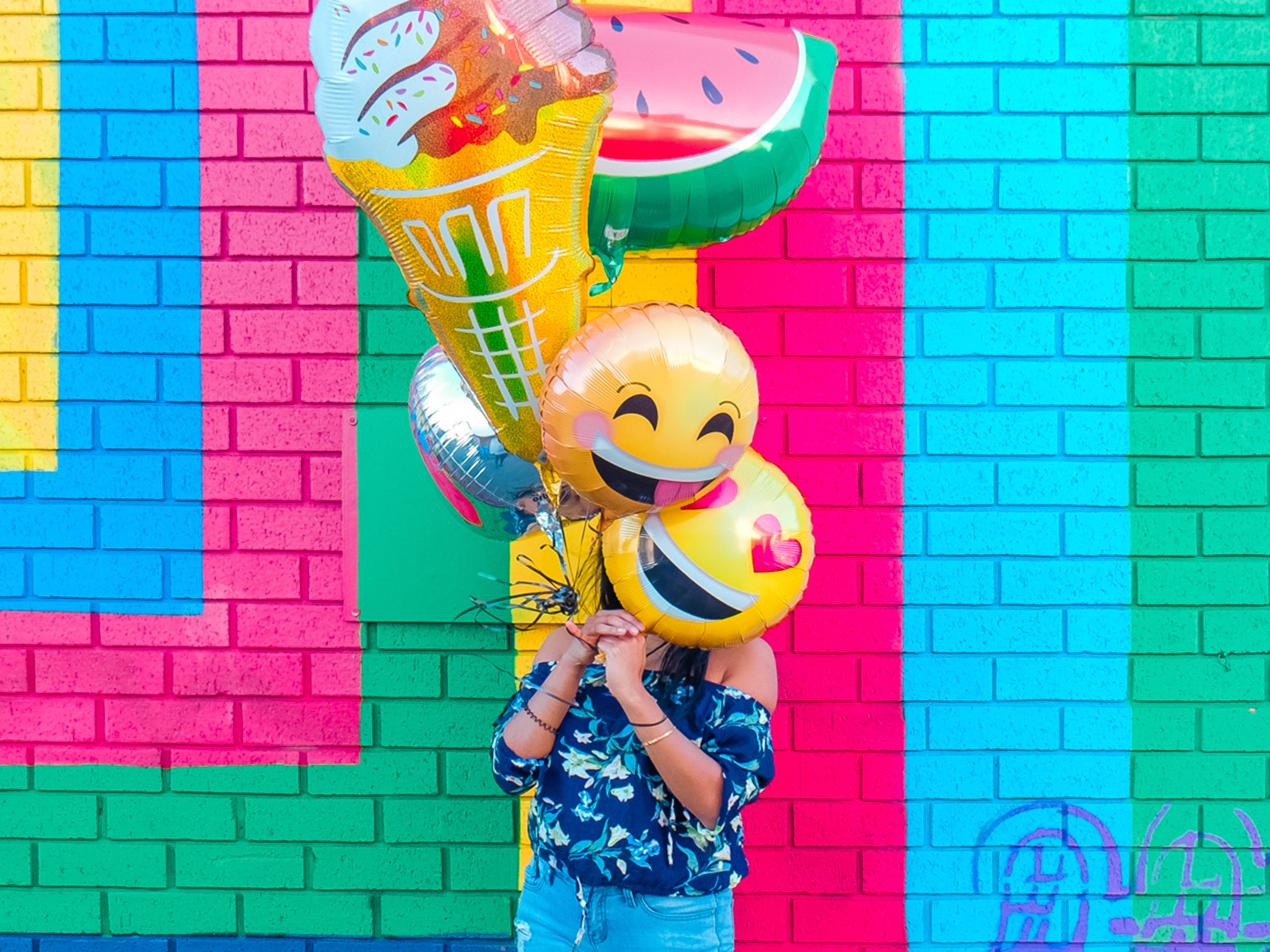 Whoop Whoop! The Weekend Is Here

Photo by Lidya Nada on Unsplash

The Philippines Embassy is holding a screening of I’m Drunk, I Love You. This well-reviewed and well-rated 2017 Filippino film is “not a love story”, so don’t expect that. It’s about two college best friends who go on one last road trip before graduating “where they settle how they feel about each other”. Again, not a love story. So, a battle royale? Gotta watch to see.

As part of a weeklong Women Voices Worldwide film screening series, Meta House is showing a selection of documentaries on great topics this weekend. Tonight is a docu series premiere, with a Q&A, followed by a full-length documentary.

Side by Side is a result of the Meta House project “The Khmer Rouge and Cambodia’s Indigenous Peoples”, supported by the Khmer Rouge Tribunal, EU and UNOPS, in which they held workshops and interviewed 35 indigenous Khmer Rouge survivors. In Ly Polen’s documentary, an older couple shares their memories of their forced marriage during the Khmer Rouge regime. The screening will be followed by a Q&A.

Then at 8:30pm, the German Cambodian cultural center will screen Vessel, a documentary about the work of Dutch physician Dr. Rebecca Gomperts, who founded an organisation that provides medical abortions in international waters to women who come from countries where abortion is illegal.

The Goldilocks Zone is back with an outdoor show at Bassac Lane, the little alley that’s surprisingly full of drink options. The indie rock quintet will be playing their originals at this free show, including the band’s brand new single “Hardline of Love”, which they just released this week!

There’s no shortage of late-night club dancing tonight. Just depends on what you’re in the mood for.

Street 278 staple Club Love has a special guest DJ from France, Sonny Amerie. This Parisian will be spinning soul, hip-hop, R&B, future beats and house at his inaugural show in Cambodia. $5 to get in, but it includes a shot of fireball with a mixer or a drink of choice (they don’t say it in the invite, but we’re going to add “within reason” to the end of the last sentence).

Indonesian DJ Wyntella will be playing unce-unce-unce high speed techno pop music at Epic tonight. Budweiser is sponsoring the event, which they’re calling “Meet More Buddies”. This is the perfect event to just have fun without thinking – have some beers, make new friends, fistpump in the air. Repeat.

For house, techno, psytranse, head to Cloud for the last “Monsoon Session” of the season, featuring DJ Moudy. $5 to get in, but it comes with a free beer.

If you like your house to be deep and your techno with a world beat, then head to the HangOut for a “Sushi Takeover” with (ahem) DJ Sushi. $5 to get in, but includes a free beer or shot. And there will be unlimited mini hamburgers and chicken satay until midnight. I know where I’d park my dancing feet…

Artist Chea Sereyroth wanted to shine a light on today’s attitudes towards poor rural farmers who grow a crop so essential to Cambodian diet and culture “from time immortal” – rice. Using dirt, mud, sawdust and woven mats as his mediums, this painter is exhibiting eight pieces in a solo show “Ricefield Mirages” at Sa Sa Arts Project, opening tonight.

This summer, an American university student set up a prank Facebook event called “Alienstock”, calling on people to storm Area 51, a highly classified air force base that supposedly has evidence of aliens kept under the government’s very heavy lock and key. Perhaps not in on the joke, millions of people said that they were going, prompting the kid to cancel the event because, frankly, he wasn’t prepared to deal with that many people storming a government facility. (They’ve turned it into a music fest in Las Vegas. Meh. Cool, I guess.) Mad Monkey thought the alien-themed fest was an awesome idea, and they are prepared to deal with (maybe) that many people. So go get your space freak on.

YK Art House is hosting a morning Zyct Artistry crafting event. Wake up and start the day by learning how to macrame a plant holder (and, of course, once you know the basic macrame knots you can learn how to make other things, too). The hanging holders are made of recycled tee-shirts, available in a variety of colors. The $10 class includes a drink.

Well this sounds delightful. Cloud is hosting an all-day garden fest, with a flea market taking over the bar’s first floor, a barbecue with veggie and meat options in the backyard, and music by retro jazz duo 1 Girl 6 Strings wafting throughout. Booths are still available for rent, so if there’s something you’ve been tinkering with selling, the $5 booth rental is a good option!

If you like having the tropics but have a longing for the other side of the globe, then head to Villa Grange’s pool party where a DJ will be playing chilled out Caribbean-tinted, ambient deep house. When the DJ isn’t playing, Mikhail and Gunter will serenade you with live sax and flute poolside while you indulge in food and cocktails (tapas and all-you-can eat barbecue are also on offer).

Arts4peace Festival is launching today, on the UN-launched International Day of Peace, at the Cambodia-Japan Cooperation Center. The fest celebrates Cambodian arts, shines a light on the value it brings to the country and acknowledges all of the talented people who are behind the last forty years of artistic expression. This free event will preview performances for the festival to come and will also feature musical performance by the Khmer Magic Music Bus.

The International Day of Peace is upon us, and five talented local musicians want to spread the sense of love and harmony through jazz. Peace, Love & Music Fest is organised by Kwest Restaurant’s resident pianist Mathias Aspelin who has brought together an international ensemble, with saxophonist/flutist Gerard Evans, vocalist Mirasol Aguila, bassist Andrey Meshcheryakov and drummer Richard Boisson. ‘Tis free.

Yes! A new monthly dance party is in our midst. Tonight is the first edition of “Vent(elation)”, a party dedicated to dancing off the week to basically the best type of music to non-stop sweat it out (in our opinion) – Afro house, deep house and tech house. Brought to One Love Reggae Rooftop by Sauce, the dance night will start off with a house dance class taught by Sauce founder Andrew Tevuth Mam should anyone want some helpful pointers before DJs Sushi and Kenny Chase take the stage. Why Vent(elation)? Says Andrew, “Life is hard no matter where you are. I come from a tradition of people finding their way to a club to sweat out their problems…. We all come together under this same creed: Check your ego at the door, and leave whatever you came with on the dance floor. That’s what we made this for. Come through and VENT and find Elation.” $5, but free before 11pm.

Hungry Tide discusses something that doesn’t often come up in the climate change conversation: what about the little guy who’s contributing almost nothing to climate change and yet is getting massively screwed by it? For example, as the documentary points out, the small island nation of Kiribati. Spread over 33 atolls, the nation faces rising sea levels and soil and water salinisation – a potential death threat for the 105,000 people who live there.

Another opportunity to be a cast member in a Phnom Penh Players production has come up, but this is one where you’re guaranteed an opportunity to act a damn fool. Every year the Players performs a Pantomime in the English Christmas season tradition, so expect songs, fart jokes, bawdy jokes, men in drag, over-the-top farce and fun for the whole family. These shows tend to have large casts of all ages, and this year’s version of Cinderella will be no exception.

Sound and energy healing is an ancient practice where vibrations from handpan instruments help induce meditation and gently activate your body’s energy systems. In this session at Enso Healing Space, leader Hani Mansour may call on participants to be still or to sing and move. Really depends on where the vibes take you…

The Vine is feeling fancy. In order to try out their three new wines, they’re hosting a late Sunday “lunch” with wine and wagyu steak. Wagyu beef is a special kind of beef from Japan that is known for being very tender and flavourful. The $20 meal includes wine, wagyu steak and potatoes with sauces. Pretty straightforward for a treat-yourself Sunday. Reservations required.

Meta House is capping off their film week with seven documentaries tonight about women in the Muslim world.

The day starts at 2pm with Malaysian film Aku Siapa, a series of interviews with Muslim women talking about the hijab (why they wear it – or don’t – as well as the significance to them) as well as with academics and politicians. At 3pm is India’s Daughter about the brutal gang rape of a medical student in New Delhi who later died from injuries sustained from the horrendously vicious attack. The rapists were brought to trial for their crimes, including murder, and the filmmakers caught interviews with the perpetrators as well as the defense attorneys – none of whom express remorse.

Prostitution Behind the Veil (Iran) films the daily lives of mothers who support their heroin addiction through prostitution. Solar Mamas (Jordan), which plays at 5:15pm, is about otherwise uneducated women who go to school to learn to become solar engineers. Nefertiti’s Daughters (Egypt) focuses on revolutionary street art’s importance in the Egyptian uprisings.

Winner of the Academy Awards Best Documentary Short, Saving Face (Pakistan) is a “harshly realistic” view of the violence women face in South Asia, particularly in the form of acid attacks (something Cambodia battled in the not-so-distant past). And finally, the film series concludes with He Named Me Malala (Afghanistan) about Malala Yousafzai, the girl who became an advocate for girls’ right to education after she herself was shot in the head while trying to attend school. She is the youngest person to receive a Nobel Peace Prize, at the age of 17.