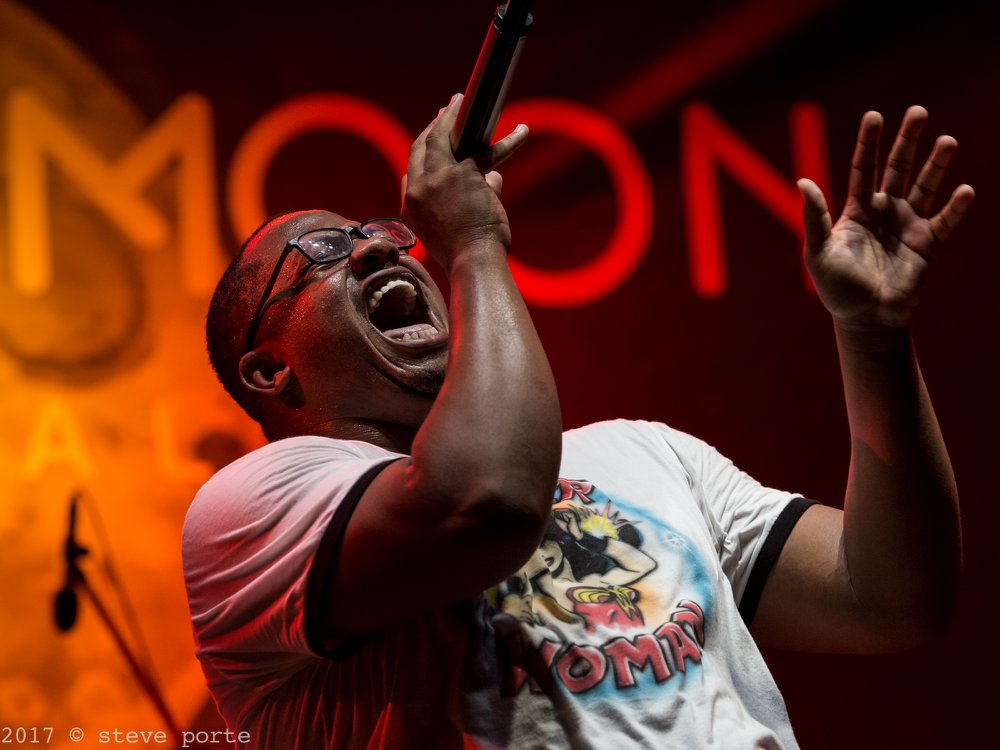 Hip-hop heroes Hypnotic Fist Technique never fail to draw a crowd, so expect LF Social Club to be packed to the rafters for this unmissable gig.

Fancy a giggle? Stand-up comedian Ben Quinlan performs at Riel Brewing Company tonight. Hailing from Hong Kong, Ben’s featured on Comedy Central and won awards for his hilarious observational comedy, much of it inspired by growing up with an Chinese mother and an Australian father. Here’s a taster:

Filmed in a quasi-documentary style, the touching French comedy-drama Les Invisibles follows the lives of a group of women who either work at or depend on a homeless shelter in Paris. The Institut Français screens the film in French with English subtitles tonight.

From pineapple & coconut rum to orange & ginger vodka,  the Tomoka Cocktail Company has been busy behind the scenes blending brand new spirits with classic Cambodian flavours. Tonight they reveal their concoctions to the world at this Cocktails of Cambodia Open House event. You may want to consider stockpiling some aspirin for tomorrow, just in case.

This one is going to be huuuuge. Musical megastar Preap Sovath joins talented Korean DJ Min Park on stage at EPIC 2’s Hennessy Illuminate Party tonight. You may want to consider calling ahead (on 010 600 609)to book a spot and skip the queue.

Oh, and here’s Min Park showing off her skills on the mixing desk:

DJs, drag queens, food stalls, cocktails, body paint artists and even a saxophone set… Glamour at Factory has it all. Read more about the lineup (and how to get tickets) here.

If you’re an American abroad (or you really, really love mashed potato), pootle over to this community-spirited Thanksgiving Pot Luck. Botanico will provide the turkey, but they’re asking everyone who comes along to bring a dish of their own for all to share.

Or for something a little different – and tricky to find in Phnom Penh – why not sample some North African delights at this Moroccan food buffet in Tuol Toum Poung? Chef Karim promises to whip up dishes you’ve (probably) never tried before, so expect a lot more creativity than the standard couscous and tagine! For $10 you can eat as much as you can swallow and includes a Heineken beer or soft drink.

At the Bophana Centre, there’s a rare chance to see the 1994 film Heavenly Maidens Dance Again, chronicling attempts to resuscitate classical Khmer ballet after it was nearly obliterated by the Khmer Rouge. Note that this version of the film is in Khmer with no subtitles. See here for tickets.

Have you seen the Phnom Penh teen drama Young Love yet? If not, it’s still showing at Major Cineplex. The film tells the story of 16-year-old girl Kesor, who lives with her grandmother and develops a bond with her high school crush, Veha. After she uncovers a dark secret, Kesor find her life transformed and is forced to choose between love and friends. In Khmer with English subtitles.

Every year from 26th November – 10th December marks the international 16 Days campaign against gender-based violence. This year, the NGO collective CEDAW has put together Endless Patience, an exhibition of photos that showcases the work of Cambodian artists Tha Linda, Khuon Viseth and To Malinda. Held at the Bophana Centre, these images interrogate ideas about how we’re taught to speak to our spouses. The exhibition opened a few days ago, but if you have some time this afternoon, now’s a good time to drop in and take a look.

For the more sophisticated concertgoers among you, Sofitel offers an elegant evening of traditional and classical music in the open air. Tickets to Musica Felice are $10, but the proceeds go to Happy Chandara Vocational Training Centre and Phum Pleng Music School.

DJ Sopheak takes you on a musical journey through the 60s and 70s with a string of classic hits by Cambodia’s golden-age rock royalty.

Meanwhile, Club Love hosts international DJ Jay Doyle for his first set in the Kingdom of Wonder. Your $5 ticket includes a drink.

Phnom Penh’s Hard Rock Café turns two this weekend, so what more fitting way to celebrate than with an EDM-fuelled Sexy Pajama Party? Don’t answer that.

Be transported to mid-90s era Ibiza with pool party and techno/house rave Raveology. Entry is free, drinks are cheap and the location of the afterparty will be announced on the night, which is definitely because this is a top secret surprise and not because the organisers haven’t figured out where they’re going yet.

You needn’t necessarily devote your weekend to unbridled hedonism, of course. The National Blood Transfusion Centre is always in serious need of blood donations and they’ve arranged a blood drive this morning. All aboard the Blood Bus and let’s save some lives! For any questions/concerns, call Project Advisor Gina on 011795684.

If you’re a budding entrepreneur with a great idea, now’s your chance to secure some serious investment. The Business Idea Contest takes place today, with the winner getting funded.

Some of Cambodia’s biggest singers join forces today to help raise money for World AIDS Day 2019. Sok Seylalin headlines this huge concert in Koh Pich, and beforehand from 1-6pm you can also get free blood tests and condoms. Safe fun is the best fun, kids.

If you haven’t yet had your fill of market this weekend, here’s another one for you: the Winter Market at Futures Factory (not to be confused with Factory). The market offers plenty of great food while you browse the locally-made new and pre-loved handicrafts.

There’s another chance to embark on a trippy little adventure with Geography of The Moon today – and this time it’s all acoustic, so an even more chilled experience.

It’s been a quarter of the century since Martin Scorsese first teamed up with Robert De Niro and Joe Pesci to redefine the mob-movie genre with Casino. Now the gang’s back together in new release The Irishman, and with Al Pacino thrown in for some good measure.

The film trails the true-life journey of notorious hitman Frank Sheeran and mob head Jimmy Hoffa over the course of six decades. Scorsese’s oeuvre has been a tad up and down in recent years, but everyone’s raving about this one – Mark Kermode described it as combining the “adrenaline rush of Goodfellas with a rather more contemplative melancholia.” Great stuff.

Interested in studying abroad? The Cambodian-Korea Cooperation centre hosts a Scholarship Conference today for young Cambodians who want to learn more about the opportunities available and how to get the funding to help your overseas ambitions come true.

And that’s a wrap for this weekend! Hope it’s all you dreamed of and more.

What are YOU doing this weekend?
Not your grandma’s fairytale