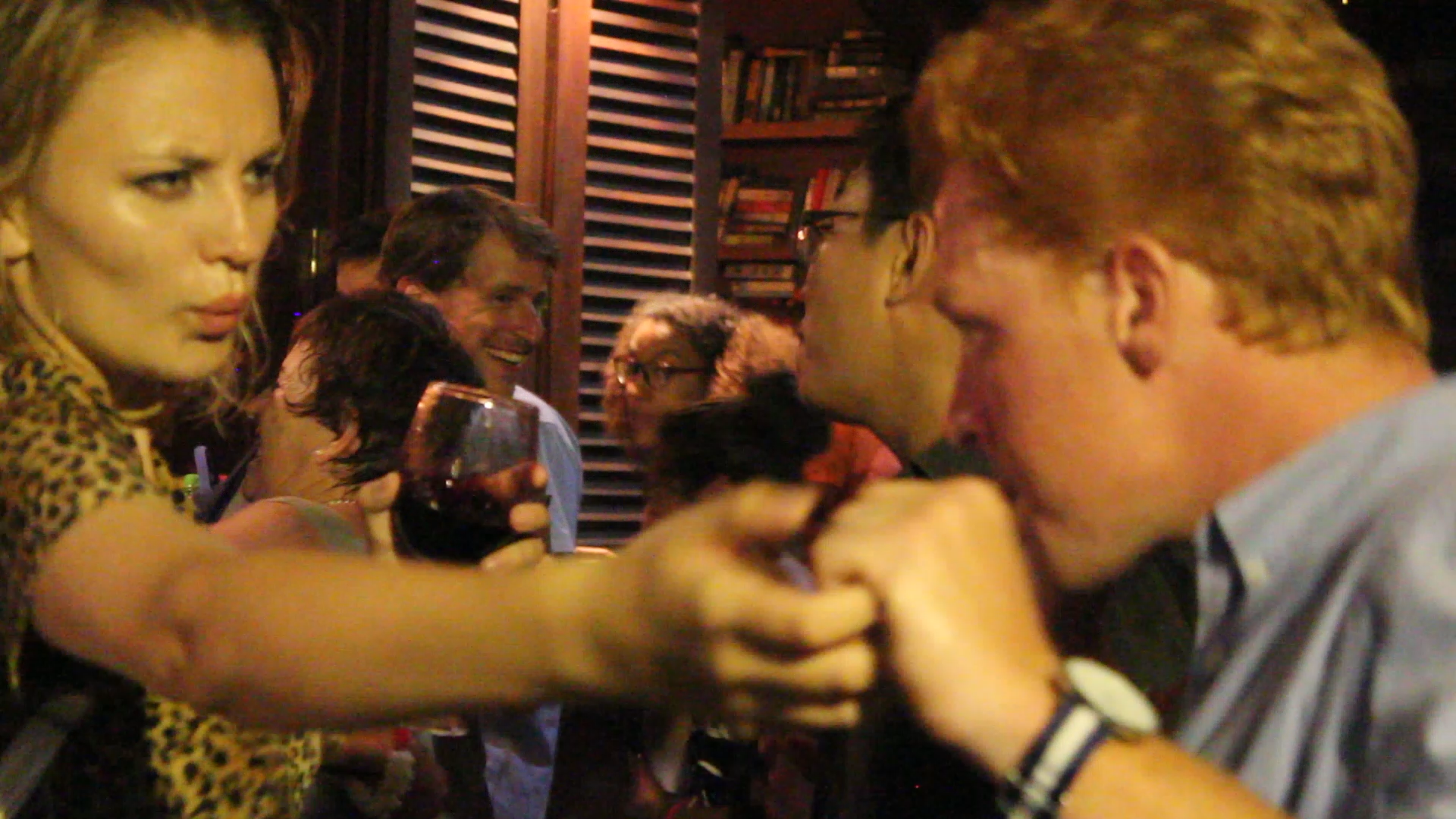 Let’s start the weekend off nice and light with a documentary about glue sniffing addiction amongst kids in Kenya. A Tough Bond screens at 4pm at META House – or for something with a more upbeat message, see AIDS, Miss HIV at 7pm. The documentary looks at the life of a beauty queen with HIV and challenges the stigma associated with the illness.

For a little light music relief before the football kicks off, Phnom Penh, as always, has you sorted.

Boxchords will take the stage at Alchemy from 8pm. While Farm To Table hosts Where is Charlie? The Swiss guitarist will be bringing his blues to your evening cocktails from 6:30pm. Or get over to Bassac Lane for one of their infamous street parties from 8pm.

If you are thinking more dancing than Quarter Finals, then head down to Sound Club for DJ Cha Cha. The Philippine DJ is described as being “from the Happiest Country of the World” without a hint of irony. I am sure that it will be a perfectly normal evening.

Meanwhile, Cloud’s looking to pull in a crowd for International Kissing Day.– DJ’S Soul Iration & Gorimaa will be taking the decks from 8pm.

The Quarter Finals are here and will kick of tonight with Uruguay Vs. France  at 9pm. Followed by Brazil Vs. Belgium at 1am, meaning everyone has ample time to get drunk enough to be as unstable on their feet as a certain Brazilian.

For the best venues to watch the game have a look here.

If you want to get full of not just beer but delicious beer before the football, TGIF over at Kingdom Breweries should satisfy all your needs. The monthly beer-for-all event will have all you can drink and a Kati Peri’s pizza for just $13. It’s always a great night!

The Bophana Center shows the classic Don’t Think I’ve Forgotten at 5pm. The film re-considers the history of the golden era of Khmer rock n’ roll. At Flicks 1, you can catch Wes Anderson’s Isle of Dogs at 8pm.

Where is Charlie? plays his second gig of the weekend at Alchemy from 8pm, Bouchon hosts The Japanese Jazz Ensemble at the same time, and Boxchords are at Cloud from 8:30 pm.

Epic 2 celebrates its soft opening this weekend with DJ Asian Hawk amongst others taking you through the night. Expect overpriced bottles of booze but a pretty memorable night one way or another.

As a Scotsman I can’t think of any games on tonight other than Russia Vs. Croatia at 1am…. Maybe Sweden are playing at 9pm.

If all that football is making you long for a wee slap of culture, Chinese House has the answer. Anton Isselhardt presents a classical music concert from 6pm. Tickets are $10 and the audience will be treated to works by Poulenc, Ibert, Françaix, Milhaud and Satie.

Drag yourself out of bed and to a delicious brunch this Sunday. The Great Duke puts on quite a deal of $51 for free flow beer, wine and champagne and, of course, a delicious meal, while Chinese House puts on a Continental Brunch for $15.

The World Cup takes a few days’ hiatus before the long-awaited semi-finals, so if you still need your fix of the beautiful game, why not go a little more local? Visakha F.C. takes on Angkor Tiger F.C. in the Metfone Cambodian League.

That’s it for this week! Don’t forget you can browse all upcoming events in Phnom Penh at any time here.

Our Pick: Cheese & Wine Heaven at Sofitel
Your Guide to the Weekend Ahead