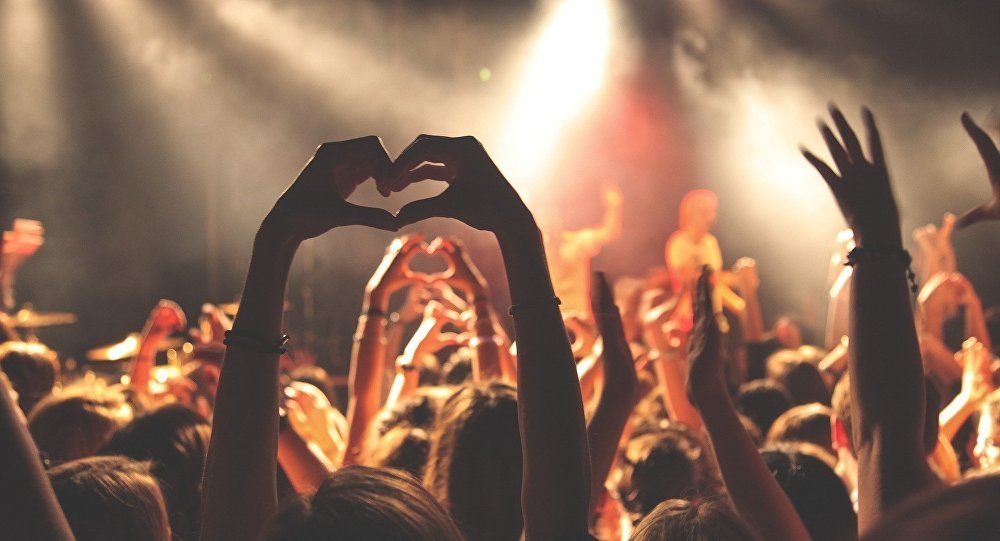 YOUR Guide To The Weekend Ahead

Filmmaker Heng Lim is coming tonight to the Bophana Center to show his films as well as meet and share his experiences with the film-lovers and aspiring filmmakers who come. He’s been showing his films at festivals since 2013, so he likely has some great advice, and stories.

Not going to lie – this movie has terrible ratings from the few people who have seen it in advance. BUT, if you’re somebody who gets off on seeing every film the day it comes out, or need to get into air con immediately, or have a child who loves Dora the Explorer so much that s/he is dying to see live-action Dora solve a mystery “behind a city of gold”, then head to Aeon today to check out Dora and the Lost City of Gold and, you know, see for yourself.

Well, if the name Sax’n’Soul doesn’t give you a sense of what’s playing at Farm to Table tonight then…keep reading. Chico-Evans Duo is playing an acoustic set of smooth soul music from the late-1970s. Featuring songs by Al Jarreau, Christopher Cross, Marvin Gaye and more, played with great musicianship by guitarist Antonio Elchico and saxophonist Gerard Evans.

From the same decade but on the opposite spectrum of loud [or ROCK. Can’t decide], Hard Rock Cafe is hosting a Guns and Roses AC/DC tribute night. Band@Work is bringing Hells Bells to Shoot to Thrill you while you head on down to Paradise City with Mr Brownstone. No, Rock and Roll Ain’t Noise Pollution; It’s So Easy. (These are all song references. Go and you’ll see. They have a lot of good tunes.)

World-touring, award-winning comedian Mohammed Magdi will be bringing his “thought-provoking” (says The Washington Post) hilarity – along with the hilarity of some special guests – to The Box Office tonight. There’s a discount if you book your tickets in advance – as well as the comfort of knowing you won’t miss out.

A new opportunity to see and be seen is coming tonight with the grand opening of Mermaid nightclub and KTV. Sponsored by Jack Daniels (and, of course, with JD drink specials), top Cambodia singer Preap Sovath will perform and actress Sok Somavotey is gonna emcee. And the fact that there’s an emcee says that there’s definitely going to be more.

DJ Cathrin is playing Puzzles Gastropub tonight. Known for her stage presence as much as her music, she’s a self-professed “hard-working girl but twerk harder!” Genres of music including EDM, hip hop, trap and twerk, of course.

ART OPENING!!! Painter and mixed-media artist Troy Campbell is showing his collection “No Need to be Coy” at Cloud. The series was entirely created in his “tiny ‘teacher’s apartment’” in Seoul with “materials” he’d acquired there and in Southeast Asia. Hmm. Cryptic. Art is great and so is Cloud; check it out!

Rhetorical question: wanna go eat BBQ and celebrate some random peoples’ birthdays while getting your body painted and then dancing? Yeah, of course. That’s why it’s rhetorical. Ege Bar in Toul Tompoung is holding a Super Birthday party that is, in actuality, a birthday party for several people. Make a game of it and try to figure out who’s celebrating. And wish them a happy day. 🙂

Gotta have some in-your-face K-Pop? Didn’t get to follow boy band BTS as they did their “Love Yourself” tour around Europe? Well, the filmmakers of Bring the Soul: The Movie did, and they probably got closer to these heartthrobs than you would have. Good thing they were filming.

Start the day by making some art AND some cool clothes. Nowhere Art Studio is holding a “block printing on fabric” workshop, which basically means you come up with a design to put on a large rubber block (ideas: swirly lines, geometric shapes, a pastoral landscape with horses and a farm girl), they show you how to carve your design to make a stamp, you use fabric paint to stamp the image once, twice, many times on clothes, or fabric you’ll turn into clothes. No worries if you don’t want to just jump right into putting paint on your clothes – they provide all the materials, including some linen fabric.

Hang around at The Factory after you’ve played boardgames and head to KBach Gallery for an art opening extravaganza. At 5pm they’re holding a fundraising photo exhibition and Cambodian culture event. The photos show 50 different Cambodian heritage buildings from the colonial era through the 1960s – ones you wouldn’t normally see, save for at a photo exhibit. Money the event raises will go towards publishing two architecture books so that more people can appreciate Cambodia’s rich architectural history of the last century. Additionally, part of the money raised will go to a venerable Cambodian artist, Master Peak Chapech, who is one of the last masters of the Bassac theatre and who has been hit by hard times. Master Peak will showcase his talents with a solo performance, and some youth dancers will perform Khmer folk dances. To bring this event to extravaganza level (is it not already?) is the 1960s costume and dance party with 1960s footage of Cambodia playing in addition.

It’s such a beautiful night for showcasing Cambodian art and culture. At Tuol Sleng area’s Dambaul, Neak Sophal and Emily Howe will be presenting their joint venture “Her Sounds”. The project will then officially launch August 23 at Mirage Contemporary Art Space in Siem Reap. Ethnomusicologist Howe pairs her recordings of interviews with Sophal’s photographic portraits to create a “living archive of the significant contributions women artists make to Cambodian society”. Pretty cool, right? The artists will present behind the scenes photos, share their findings and answer questions, too.

Miss Sarawan is playing Java Cafe Concerts tonight! If you’re unfamiliar with her music, she’s a beautiful singer who brings back the swinging 60s in Cambodia, evoquing the spirit of Ros Sereysothea and Pan Ron. She’s accompanied in this acoustic set by guitarist Joe Wrigley. Tis free!

Indica Indie, the side project of two members of popular Phnom Penh band the Goldilocks Zone, is playing their first gig tonight at Good Times Bar. Grab a beer, lean on the bar and jeer them mercilessly. No, just kidding – get to the front of the stage, hoot and holler and nod your head!

Sundown Social Club has a unique vantage point, with open views of Russian Market on three sides. The fact that it faces west means it also has an unimpeded view of the sunset, something they’re proud to show off during their Sunset Sessions. DJ Pitch will spin funk, soul, disco and hip hop like it’s 1979. Go a little early and hit their happy hour from 5-7pm, so by the time the music starts you’ll feel like a dancing queen.

Jazz-Manouche is a style of jazz – popularised by 1930s banjo player Django Reinhardt – that instantly makes you feel like you’re sitting on grass with a group of your friends, cocktail in hand, wearing a straw hat that you’re about to throw off so you can get up and dance. It’s also what’s playing at Cloud from 8:30-11pm, brought to you by Hot Club de Phnom Penh, so you can live the vision (they have grass!)

May we suggest heading to Flicks and watching an entire day’s worth of new (to Flicks) movies? Start off early at 10am with animated film, Missing Link, in which Hugh Jackman’s character travels with Bigfoot, followed by an even more out there (and actually real) story of men traveling to the moon in documentary Armstrong (50th anniversary of the moon landing just happened, in case you missed it).

Then sink into a mild depression, going from a great feat of man to a documentary about Generation Wealth, or how people have successfully sought to become as rich as possible in order to fulfil their otherwise empty sense of self-worth. But it’s like a train wreck; you’re sad about it, glad it’s not you, and can’t seem to turn away…. Followed by the feeling of a train that is headed right for you – and there’s nothing you can do about it but, of course, watch – with documentary The Great Hack, about the Cambridge Analytica scandal and general surveillance state we all live in.

By now (it’s 6pm, in case you’re wondering) it’s time for some heart-warming, and into the theater comes Laura Dern, playing a Texas woman determined to help an innocent stranger who’s on death row in Trial by Fire. And finish off the night with a heart-warming, action-packed, amazing-feats-of-man, real-life story about a small group of people who, in the 1980s, braved the odds to smuggle refugees from Ethiopia to Israel, using the cover of The Red Sea Diving Resort.

Okay, you probably don’t want to bring your kid to a day at the movies…for many reasons…but what you can do is bring them to Ministry of Cat for Catty Sketches for Kids. For $5, kiddos and kitties can play and draw together, and kiddos get a smoothie or cookie in the deal. Kitties get chin and belly rubs.

Make sure you keep up to date with everything happening during the week here!