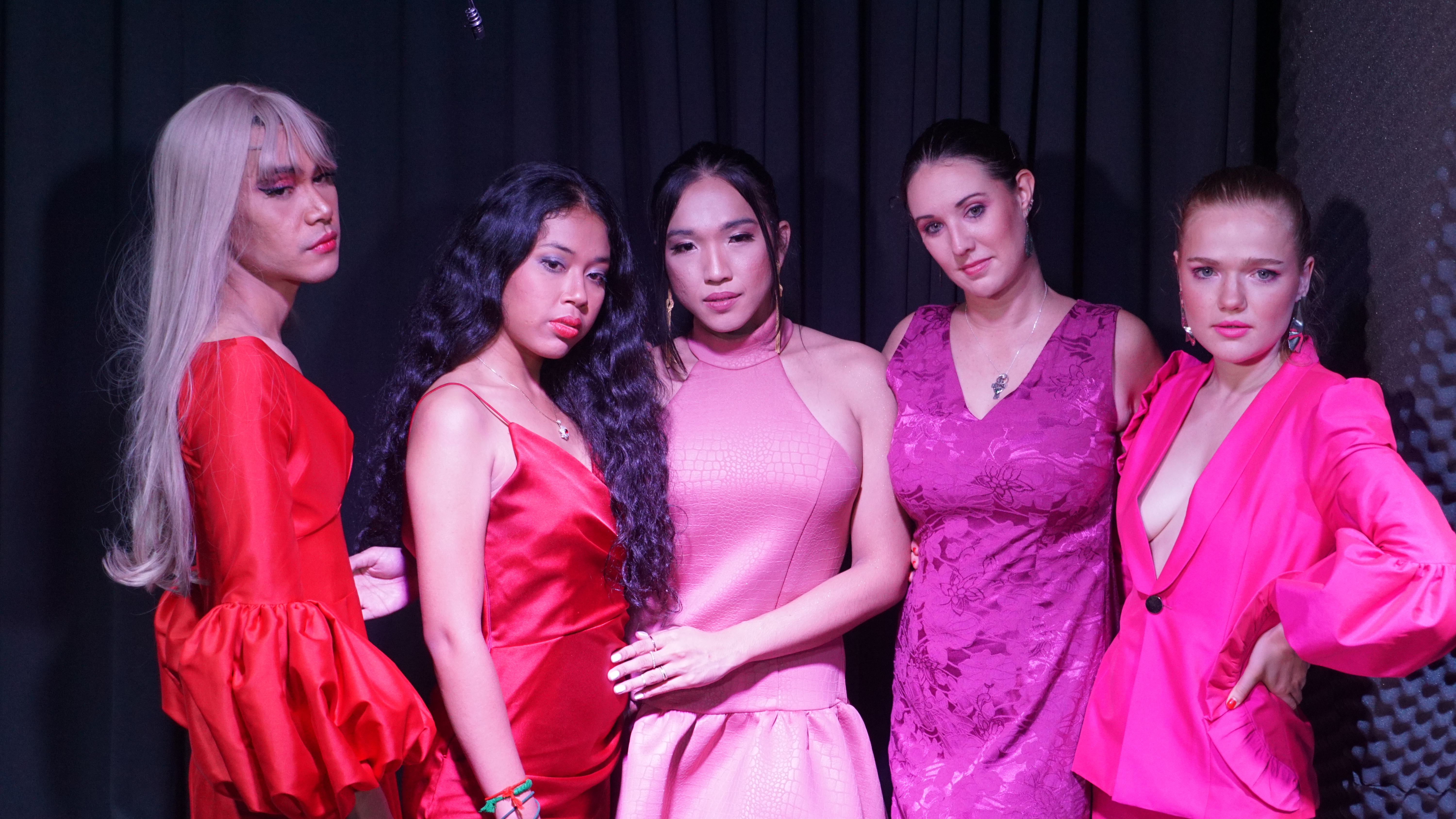 Update! From 10th to 18th April, you can stream the show to your very own living room, whenever you like. Aren’t you lucky? It’s free, but any donations are welcome – and go to the Early Years Behind Bars project. Just make an ABA Transfer to the Phnom Penh Players: 000663027 (Gerard McPhail and Chelsea Middendorf)

Twenty-five years ago, New York playwright Eve Ensler interviewed over 200 women from all walks of life about, essentially, their vaginas, turning aspects of their stories and recurring themes into a dozen vignettes for the stage, collectively known as The Vagina Monologues.

It was an instant success. The collection of stories was at once both very personal and universal. Even if viewers hadn’t experienced an exact situation, they likely could recall a similar one, or empathize with the character via the broader human connection.

And, for better or worse, what was relevant to women in the mid-1990s is still relevant today. Not meaning simply in the essence of womanhood (that women still have vaginas), but rather what that essence faces in society – which is why the Phnom Penh Players are producing the play again: to provide an outlet for cast and audience members, to open the eyes of viewers, to celebrate women and to provide a reminder of the kinds of shit they have to go through.

“Some of the monologues are quite happy where, you know, someone had a good experience with a man. And then she also delves into some of the more horrific experiences that women have, like being an individual who was basically a sex slave during war time,” said Emily Marques in an interview alongside her co-director Chelsea Middendorf. “And it’s really interesting to see how different everyone is but also how common some of these experiences are, whether they be good or bad.”

While the Players could have chosen a different all-female play to convey women’s empowerment, they found the setup of the Monologues hits a nerve that others can’t. “Of course, we’re not saying there’s no other empowering all-female cast productions but the point is, this is still so relevant in a heartbreaking way but also a celebratory way, too,” said Middendorf. “We need to get up there and we need to speak about this, all this shit [laughs], to take a line directly from one of the monologues.”

What makes the play so relatable is that it talks about the shit – things we, in society, don’t normally talk about – especially aloud, on stage, in front of a bunch of strangers. Case in point: having the word “vagina” in the title.

“Oftentimes, you don’t say ‘vagina’ because it seems kind of dirty, like you’re not you’re not supposed to say it. It’s a private part,” noted Marques. “There’s a part in the very introduction that says, ‘We don’t even say vagina most of the time; everyone calls it by something else.’

“Why is that? Why does every single culture do that? Why is the vagina – that is literally a source of life and can give pleasure, if you want it to – a bad thing? So she really approaches the taboo.”

This year’s performance is testing out a new online viewing experience, instigated by, yes, the pandemic. Originally set to be performed live in late February, the show was pushed back and eventually moved online after the February 20 event. However, this may prove to be an unexpected blessing, as the show is now more accessible than ever: people who are outside of Phnom Penh are able to watch, and the tickets are suggested donation starting at $2, offering a sliding scale of affordability. (Ed. note: All ticket proceeds go to LICADHO’s Early Years Behind Bars project, which assists small children and pregnant women living in Cambodian prisons, so if you can afford to give more, we encourage you to do so.)

Accessibility had already been a priority for the two directors who chose to buy the rights in order to be able to make alterations. Wanting to stay as close to the original as possible, they used this right to make small changes, such as updating statistics used in the monologues to contemporary ones that are relevant to a Cambodian audience, and to have two of the parts speak entirely in Khmer (English translation is provided).

This year’s ensemble also has the largest number of Khmer actors on stage. “What’s been super important for us is to to do it again – because it needs to be done again – and we can talk about how it’s relevant for the 10 different nationalities represented on stage and what their own countries are struggling with, or we can say, on a very localised note that it’s relevant for the Cambodians,” said Middendorf, explaining how this production has been significant for the cast as well.

“But also an even more intimate note, we have been sharing our own ‘Me Too’ stories and cast members have been sharing some really tough experiences of their own, and that alone is like, ‘we are not done [in our goal of empowering women]’.”

For audience members who have seen the Phnom Penh Players’ version of the Monologues before, no, this will not be the same exact thing that you’ve seen. For one, there’s a new piece at the end, which was written by Ensler in response to the “Me Too” movement that began in 2017. Secondly, audience members come away with a fresh perspective from repeated viewings, said Middendorf and Marques.

“For anyone who’s seen it more than once, they can attest to that it’s a different experience every time because it’s a different person speaking on the stage,” said Middendorf. “This will be my fourth time seeing or being a part of it – I’ve been in it twice – and now being on the director’s side, seeing how some of these women are interpreting the pieces, I’m like, ‘Oh, I never imagined that it would be interpreted this way!’ And I love it.”

“The way an individual can say it is not just with voice, but with an action – they choose different props, they choose a different style – and it’s phenomenal how different it can be from the time beforehand,” added Marques.

And on the topic of uncomfortable subjects, how do male audience members respond to hearing all of this shit and “vagina” talk?

“It is eye opening to many men if they’ve never seen it before,” said Marques. “And I know other men who have seen it a few times who are like, ‘You know what, this makes more sense. I see it differently every time I see it.’ So, it is a really important conversation piece.”

“What I have seen in the past, and what seems to work, it’s that same camaraderie of bringing people that you know,” like, friends from work who then bring their partners, and the partners then tell their friends about the show, said Middendorf. “I think that’s also really wonderful. You have this super diverse cast that’s going to bring different bits and pieces of their communities and their groups and their cultures to the show. It’s a chain reaction.

The story continues with opening night 1st April! Performances are today, Thursday, April 1 through Saturday, April 3, at 7:30pm, and Saturday and Sunday, April 4, at 2pm. Tickets can be purchased in advance and the performance viewed at the play’s EventBrite site.

Sharing Is Caring: Art Exhibition Raises $60k for NGOs
A Day to Never Forget: Meeting the Rescue Elephants of Mondulkiri