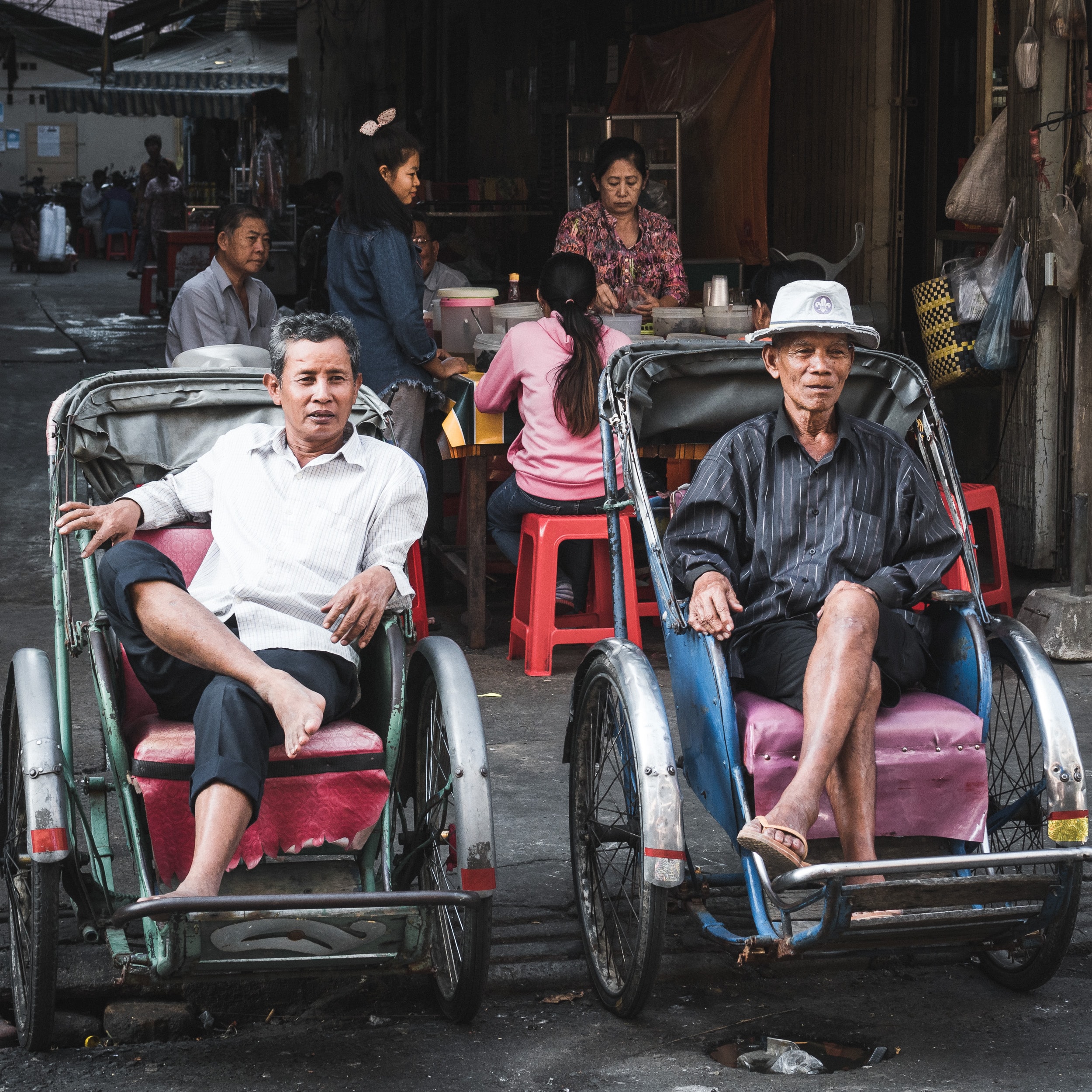 Cocktails for a Cause, Bong Bonlai, St 830

Two Rivers Ale teams up with Flowers Nanobrewery to offer craft beer on draft alongside vegetarian and vegan fare by Kampot restaurant Uguisu Sabou. Artist Falcón displays some of his work, too.

Plantation is going for a Brazilian carnival theme, serving up caipirinhas and churrasco skewers. There’s also a capoeira performance and music by Agüita e Coco to get you in the mood.

Messed up on *actual* Valentine’s Day? Claw back some goodwill by taking your true love for a slap-up, four-course meal at Phnom 1929 restaurant at Raffles. The $98 price tag covers the romantic meal for two, including (Australian) steak and (French) wine for two.

…And an hour of free beer at Tex-Mex joint Tacos Kokopelli. Or, at least, you buy the first one and can keep refilling your glass. Drink quick, I guess.

Resident artist Song Seakleng gives a talk on his work at Sa Sa Art Projects this evening. Motivated by social justice and “giving a voice to the voiceless”, Seakleng uses photography and experimental film to explore the lives of people whose stories are often ignored in Cambodia, including sex workers and the LGBTQ community.

Top film pick tonight is META House’s screening of 2012 documentary Our Southern Home, which explores the intra-religious violence in southern Thailand from the perspective of four families.

Plus, there’s standup comedy at the Box Office – although the comedians haven’t been announced, so it’s kind of a gamble. Although it’s also free and there’s fish & chips, so the stakes aren’t all that high, really.

Email livecomedyincambodia@gmail.com to reserve a seat.

DJs Tech Support, Chocolita and Pitch play soul, funk, classic hip hop and disco up on the rooftop at this edition of Flamingo Nights

Over at META House, classically trained violinist and psychedelic DJ Keimo fuses electronica and natural sounds via acid, deep house and even a touch of disco. Trippy.

Or, for a fiver, you can get drunk a boat while DJ Mekong blasts Deep House.

At the Botanico Beer Garden, you can catch artist Yalev Aroun painting a new mural on the theme of Community, Cambodia and Beer. Drunk people and wet paint, eh? What could possibly go wrong?

From Disability to Visibility, 1pm at FT Gallery, The Factory, National Road 2

At the Bophana Centre, The Cambodian Centre for Human Rights is currently exhibiting photographs and profiles of 15 female and LGBTQ+ human rights defenders, each sharing their personal perspective on gender equality and other human rights challenges in Cambodia today. Note that you need to wear a mask.

Jean-Baptiste Phou presents a screening of his 2012 theatre production Cambodia, Here I Am at the Bophana Centre. The play tells the story of four women – Sophea, Sovandara, Mom and Metha – who travel to or return to Phnom Penh to make sense of their past, their origins and the legacies they will leave. Khmer with English Subtitles. This will also be streamed online.

Sophiline Cheam’s exquisite A Bend in the River returns to Phnom Penh for a special outdoor performance at Institut français du Cambodge. Based on a classic folk tale, the production combines Khmer ballet, theatre and sumptuous design to explore ideas of retribution, forgiveness and multi-generational grief. You can read our (glowing) review and interview with Sophiline from the 2017 performance here – but suffice to say, it’s a masterpiece.

For your live music and sweaty dancing fix, indie favourites The Goldilocks Zone have new tunes and they’re not afraid to belt them. Expect to have hooks in your head for days.

Last but not least… Drag queens? Doing rock cabaret? What more convincing could you possibly need?

A full-day event for female entrepreneurs and creatives, Futures is SHE will showcase the inspiring stories of Cambodian women who launched successful businesses – and offer advice and support to those who dream of following in their footsteps. The day kicks off at 10am with two documentary screenings, followed by a “speed networking” session from 1-3pm, storytelling and poetry readings from guest mentors from 3-4.45pm, then live music and cocktails until 9pm. Pop-up shops by female entrepreneurs will be open all day, too.

Mini Banana steps up to the plate with 15 solid hours of music from 15 DJs at an all-day music festival to celebrate its rebrand as MY WAY. Starting at midday, there will be food, cocktails, live painting, tarot reading, henna tattoos, painting and macrame craft stations, saxophone performance, face painting, a dramatic fire show and some kind of midnight farewell balloon thing where you release notes for strangers into the air. I’m sure that will make more sense after 12 hours of shots on the dance floor.

MY WAY TAKE OFF 1pm-4am, Mini Banana or My Way (depending on what time you arrive), St 51

Penh 278 is serving up big old Sunday roast dinners, with a choice of beef, pork belly or veggie nut roast alongside mammoth Bloody Marys that genuinely are like a meal in themselves. Fancy something lighter? You can opt for fresh ($1 each) or spicy baked ($1.75 each) oysters instead.

Free flow Bloody Marys (courtesy of Seekers) and burgers (from West Burger) are also the order of the day at Penh House. You can eat and drink to your heart’s content, with meat or veggie options available, but – craftily – the deal includes pool access for the day. I see what they did there.

Set during the Khmer Rouge era, 1989’s Nine Circles of Hell (Devet Kruhu Pekla) tells the story of a Czech doctor who falls in love with a Cambodian woman. Together they survive the horrors of the Pol Pot years.

There’s a string of excellent, major-award-nominated films at the Flicks this afternoon, too.

Choose from acclaimed documentary MLK/FBI at 12pm, multi-BAFTA-nominated The Dig at 2pm, Ammonite at 4pm, the Trial of the Chicago 7 at 6pm, or brand-new biopic Judas and the Black Messiah, staring Daniel Kaluuya as Black Panther chairman Fred Hampton, at 8pm. Or you could just settle in for the day and watch all of them with a $4 all-day ticket.

If you’re the kind of person who leaps gleefully out of bed at 6.30am on a Sunday morning, then you might just love Kangaroo Bike Team’s day trip around the very lovely Silk Island. It’s open to anyone who loves cycling – you just need to be ready to get on the Areyksat Ferry at 7am, with your bike.

Celebrate a Decade of Nerding Out With a Tuk Tuk Race Across the City
Living Their Lives a Beautiful Way: Patch Unleashes the Next Generation of Cambodian Artists