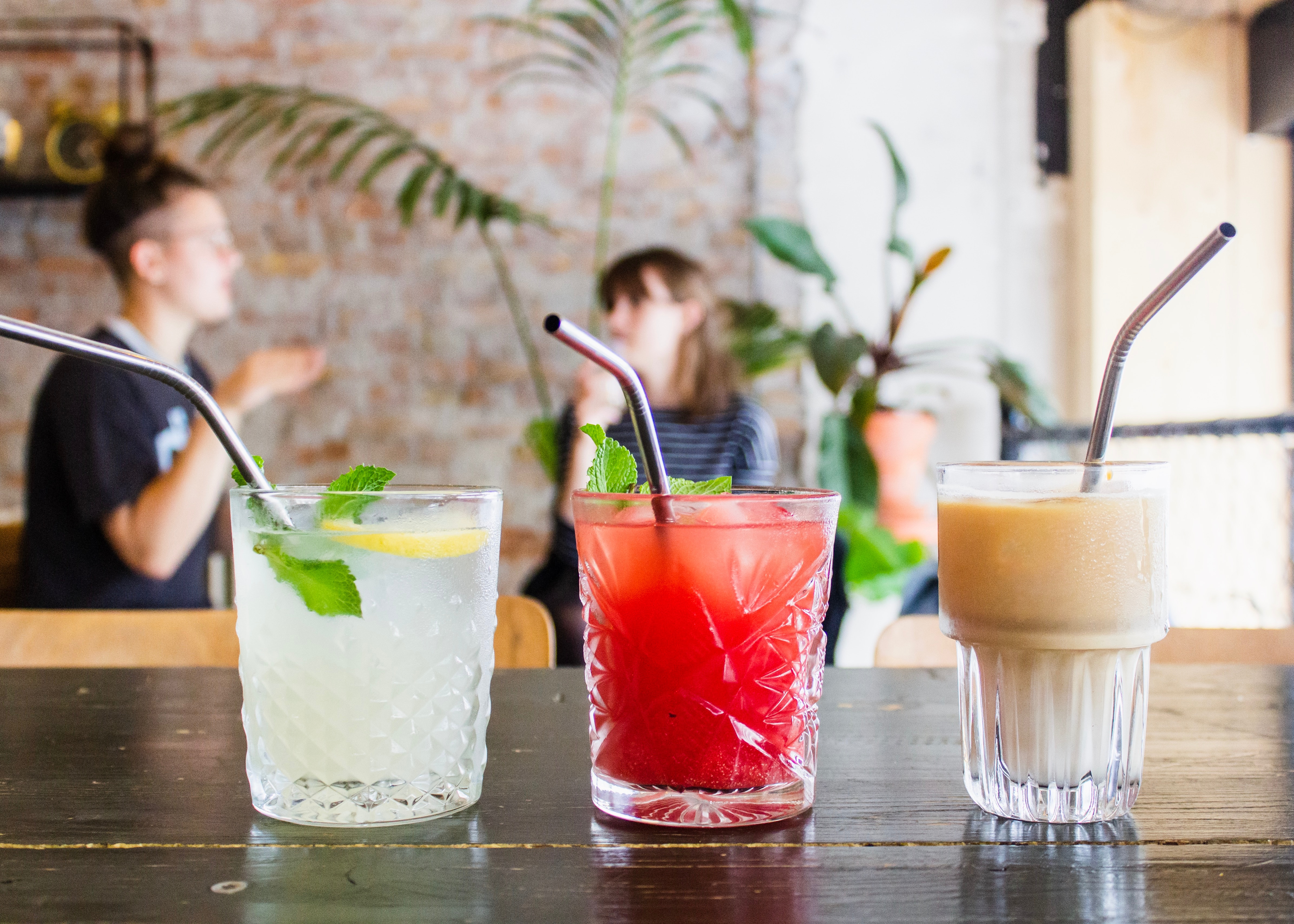 What’s On This Weekend

Photo by Louis Hansel on Unsplash

Sometimes you want to go to the movies, sit in the air con, eat some popcorn and turn off your brain for a few hours. You don’t really care what you see — preferably something entertaining that’ll keep you engaged with explosions and outrageously impossible stunts, attractive people, shiny tricked-out cars that aren’t street legal and a few jokes. Well, if you’re feeling that way today then you’re in luck because new action movie from China, The Rookies, opens in cinemas, telling the tale of an extreme sports lover who accidentally gets caught up in a global criminal network.

The Cambodia-Japan Cooperation Center and the Cambodia-Korea Cooperation Center are getting together to celebrate the Harvest Moon Festival at the CJCC. An opportunity to share Japanese and Korean cultures with each other, with Cambodians and with anyone else who is interested in coming along, the fest will have traditional performances and storytelling from both nations as well as performances of the more modern form — K-Pop and J-Pop. Plus tons of Korean and Japanese food to try and buy as well as the holiday’s special rice cakes.

What a plethora of musical options the city has tonight! Honestly, if you’re feeling punk, hip-hop, jazz, rock, there’s something for you.

Good, old-fashioned “French kitsch” punk rock will get you pogoing, bopping and maybe moshing over at Cloud. Bob Passion and The Schkoots are a three member band from France, but they’ve been bringing punk to Phnom Penh for over a decade.

Hip-hop originated in 1970s Bronx in New York City by African-Americans as a way to show off rhyming skills and sick beats while expounding on the society around them. Over the years it has taken many shapes, from showing off gold chains to talking about killing cops to letting doves fly out of your sleeves and talking about being insane in the membrane. And that is what 99 Boyz will be bringing to Duplex Tavern tonight–all the good jams from the 90s, hip-hop and others. It’s Delirium Tremens party, so be prepared to get crunk (pun intended).

There are two jazz shows on offer. At the Bodleian, smooth songstress Mirasol will be performing ballads and contemporary jazz melodies, with Euan Gray on vocals and drums, and Larry Martinez on keyboards. Grab one of the whiskey bar’s smooth aged Scotches to pair with the sweet soul music.

In Toul Tompoung, Aymen Ghali and his quartet will bring their blend of Gypsy and Latin jazz to Alchemy. Aymen’s nimble fingers carry a beautiful melody of some land far away while Metta Legita on piano, Andrey Meshcheryakov on bass and Jedil Robelo on drums, are making the trip a reality.

Jack, the guitarist from popular Phnom Penh band The Goldilocks Zone, will be all alone at Ege Bar tonight – all alone on stage showing off his sweet guitar and songwriting skills, that is. When he’s not, DJ Sebby G will be filling the air with tunes.

Seven men – depressed, unemployed, out of shape, facing demons and uncertain futures – find the strength and courage to come together… and form a competitive synchronised swim team in the feel good comedy Le grand bain (bet you didn’t see that one coming!). The English title is Sink or Swim – a little more obvious. In French with English subtitles.

For all aspiring songwriters, music producers and film producers, this is an event specifically made for you. Literally. During this all day workshop, film Director Lomorpich Rithy and pop star Oung Soria will teach approaches to songwriting as well as developing music video concepts, and three young female entrepreneurs will share their related experiences. The workshop is part of the “Raising the Volume” programme, a joint endeavour between the Sound Initiative and KBach Arts, in which Lomorpich and Soria facilitate workshops on music and filmmaking with a focus on entrepreneurship.

Cloud is throwing its inaugural LGBTQ+ Single and Mingle Happy Hour, meant to be a low-key event where members of the LGBTQ+ community can have cheap drinks, meet people and just talk, like people do. No agonizing games or gimmicks – just be you. $1 beer and $1 shots help; so do the $2 mixed drinks…and that it’s for the whole event.

Verse in Prose is celebrating its one year anniversary with a mega storytelling event at The Factory. During the past year, 60 storytellers have shared their personal stories over ten events, ranging from heartfelt and touching to hilarious to bizarre (and normally some combination of the above). Tonight two veteran storytellers will join six newbies to share stories on the theme of “passion”.

“I’m excited to introduce Verse In Prose to new friends to Phnom Penh,” says Mitsy Chanel-Blot, Verse in Prose founder. “This event is about increasing VIP’s impact amongst foreigners and locals alike, with the goal of getting to know each other, so I can’t wait to kick off this new year of stories!”

Because it is a very special occasion, VIP is also holding a story slam competition to start the night, giving three minutes to each person to tell a story, with the winner judged by the audience. Come support the brave soles who chose to expose themselves on stage (and quietly think to yourself that you’re happy you’re not one of them OR become inspired to be one of them in the future. Both work.).

Professional globetrotter and comedian Matt Davis is coming to Phnom Penh to share his humourous insights and WTF moments that humans interacting with humans worldwide have all the time, especially when it comes to language, nationality and customs. His show “Bad Familiar” is at The Box Office, with $8 advance tickets and $10 tickets at the door.

So, last night there was no metal. We had everything else but metal. So, tonight there’s not just a show, but a metal fest! Five bands from around the world are coming together for “Get in the Penh Part VII: Extinction Event” at Oscars on the Corner. There will be noisecore from Slovakia, goregrind and brutal death metal from Taiwan, slumdog death metal and blackened hardcore from Cambodia. Every kind to slam your head to.

The thirteenth installment of Drone is returning to Pontoon Pulse, with three DJs playing the best electronic music of the night. DJs Sushi and Saint Vincent are staples of the underground deep house scene in Phnom Penh, bringing driving groovy tunes that keep you going. They’re not alone – DJ INEE, visiting from China, digs the same cool vibe, and she’s going to make the night complete. By the way, this is a FREE show. Just saying.

The latest installment of Factory Films is the film reviewer’s darling Call Me By Your Name, a poignant tale of love and discovery set in Italy in 1983 and based off of a book of the same name. That’s all I’ll say. It’s well-loved. It’s a free screening. Enjoy.

The Factory is having a big event day. Way to pick up the slack, Factory Team!

At Fulcrum Cafe, there is the inaugural “Drag Me to Lunch”, which (as the name hints) is a drag show performance with multiple talented local artists performing while the audience enjoy a $15 set menu lunch at the Fulcrum Cafe. Who says drag shows have to be with dinner?? They ask that you RSVP for the event, and that RSVP will automatically get you signed up for the viewing of Call Me By Your Name at 3pm.

KBach Arts is holding a complementary event at the same time, with food and drinks on offer, live music, gallery viewing and an art workshop. The Selap Art event is free and runs til 4pm, so head there if you’re not in the mood for catching the film after the set lunch, or if you want to catch the film but not the Cafe lunch…well, there’s plenty of fun mix and match options possible. Make it your day!

Meta House is holding a panel discussion on the role of women in contemporary Cambodia called “Marriage in Cambodia: What Women Have to Say”. Moderated by female media specialist Sokunthea Hang, the discussion of women and marriage is part of their “Girl Empowerment” series that includes monthly events to support, inform and empower young Cambodian women.

The newly opened Hey Hey store and cafe is holding a recycled bottle painting workshop. Unable to find a place to donate their glass bottles, the team decided to recycle them a different way – by painting them beautifully and turning them into plant holders (or whatever you choose, really). There are deals if you want to make a night of it – including paints, bottle, plant to go in the bottle and a drink for $10 – or you can just join the plant holder workshop, or pay an artist to paint it for you if you like things that look good but don’t trust yourself to make that happen.