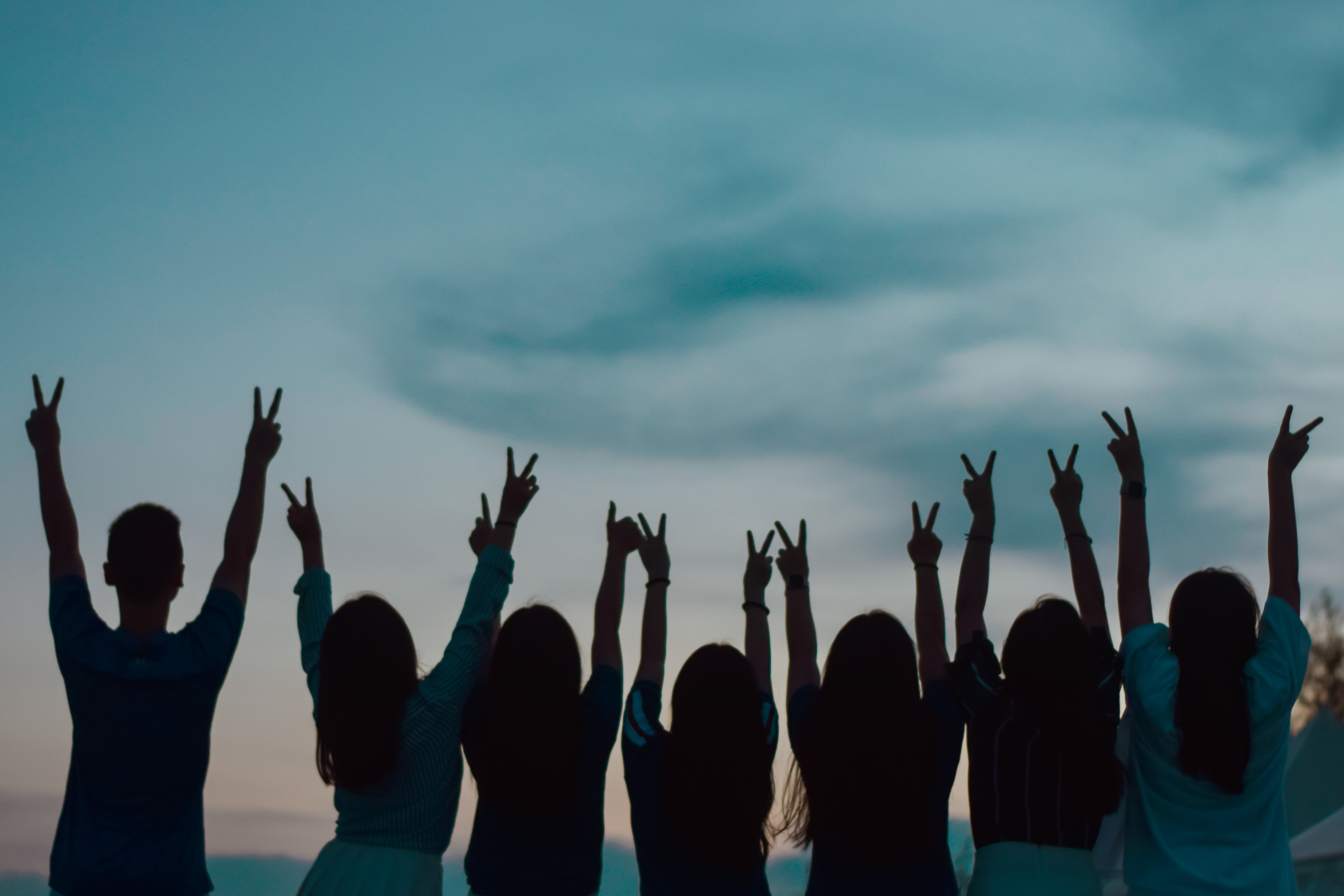 The Beatles were the original heartthrob boy band – an iconic British rock band, formed in the 1960s, that broke records for the amount of songs that hit number one on the Billboard Top 100, number of albums to top the charts and the most covered song of all time. Now imagine that the above wasn’t true, and that, though their songs existed, only one person in the world knew of them. That’s the plot of the British movie Yesterday, debuting in theaters today.

Meta House is hosting a presentation and documentary screening on women’s access to education, and specifically on how access to safe and affordable housing can affect it. Harpswell Foundation Cambodian Country Director Moul Samneang will present the group’s initiatives in Southeast Asia to bring positive social change through the participation of women, including female dormitories in Cambodia for women attending universities. After will be a screening of the 2013 documentary Girl Rising, which follows nine girls around the globe (including Cambodia) as they strive to gain an education.

It’s a great night for jazz, blues, funk, soul and rock (aka the only non-classical music before disco).

“Jazz on the Farm” may make you think of an idyllic farm setting in which the barnyard band is playing under the stars, with goat on oboe, cow on sax and pig on drums. It may. But tonight it is actually the musical stylings of the Marianna Hensley Duo playing an evening concert at outdoor restaurant Farm to Table. Under white fairy lights, the “Honeysuckle Rose” will sing classic jazz tunes, accompanied by pianist James Atkinson.

Botanico is hosting an evening of chill vibes with the Euan Gray Trio. “I’ll be playing mostly originals and some selected soulful covers with my trio,” says Euan. The other members of the trio are Andrey Merscheryakov on bass and James Adams on drums. Euan plays guitar and sings. “It’s a rare gig for me as I usually play jazz,” says Euan. The trio will play soul, pop and r&b, covering the likes of John Mayer, James Taylor and bringing “Motown vibes”.

Indica Indie, consisting of Ronan Sheehan and Hansley Bhikari of The Goldilocks Zone fame, are bringing their brand of indie rock to Cloud. About how they started, Hansley says: “it’s mainly Ronan and I playing some of our favorite tunes. While hanging out and jamming we kinda realized that we had similar taste in music: Radiohead, Foo Fighters, Arctic Monkeys, Queens of the Stone Age etc. Since he was already playing some covers from these bands we decided to have a gig together. This gives us a chance to jam together…and hopefully give people a good time with chilled acoustic music.” He added, “We’re doing this mainly for the love of music.” Aww.

If you just can’t have the funk without the disco, then head to Ege Bar where DJ Leo will be playing disco, funk, house and “tropicalism”. We can’t say what that last one is, but it probably goes well with the caipirinhas and daiquiris on offer.

Sound Club has an all-night party with DJ RKY visiting from Thailand. She’s a DJ who touts her appearance as much as (read: more than) her music, so we can’t tell you exactly what to expect except for the best guess: pop EDM and energetic entertainment.

What do Cambodian students know about Pol Pot? An interesting question as well as the title of Meta House’s screening of short documentaries and films, shot by Cambodian filmmakers and film students, regarding Cambodian students’ education of the Khmer Rouge. The exploration continues with a Q&A.

Also on screen at Meta House tonight is satirical German comedy Miss Mueller Must Go! A sendup of the contemporary education system, it depicts a world in which children are perfect and teachers are the problem, and ambitious parents want to only send children to expensive schools. Wait…where’s the satire?

Coders of Phnom Penh unite! The international 2019 Developer Circles Community Challenge is afoot and the Facebook Developer Circle of Phnom Penh is holding a “build day” at Emerald Hub to create submissions. They’ll also introduce you to Spark AR, React 360 and Instant Game (aka important programs for Facebook developers).

Collin’s Cambodia is holding a Sip and Paint. The skybar located on The Bridge has a vantage point overlooking the city, Diamond Island and the river, providing plenty of inspiration. Participants are given materials to paint what they see during a guided painting session, accompanied by mojitos and nachos.

What happens when you take one bartender out of his bar and transplant him with the bartender of another bar? Nobody knows until you see it in action. Eduard from Elbow Room will be swapping places behind the bar with Sorya from Fizz. What will happen?? Tune in to find out.

Austin Rizer, of Khmer rock band Rizer, is teaming up with singer/guitarist Marie Thach to play an acoustic session at Java Cafe Concerts of English and Khmer pop originals. When two talents team up, great things happen (besides alliteration)!

If you want to go salsa dancing to a live band, you’ll have to choose. LF Social Club is celebrating its one-year anniversary with a special performance by the Havana Kings. Featuring some of Phnom Penh’s most active musicians, the Havana Kings plays a mix of latin jazz and salsa. And Duplex is holding “Latin Night Dance Party” with La fiesta del felito on stage. Honestly, given how long both of these bands will be playing, you could switch back and forth and dance to all of it!

DJ MRSPKR is asking you to put on your white blazer, comb your pompadour and come to Long After Dark to hear his melodies from the psychedelic 60s to the smooth, smooth yacht rock 70s. He’ll thrown in the golden era of hip hop for good measure.

One Love Reggae Rooftop is hosting a new monthly dance party, Soul On Everything. Say the organisers: “this party is about the influence of soulful music on modern genres and celebrating that spirit through dance and community”. Awesome. Playing hip hop, r&b, house and future bass (EDM emphasising bass), “this night is about discovering music.” Free entry before 11pm; $5 after.

Positive Vibes is back with its Monsoon Sessions at Cloud. Regardless of if it is pouring down rain outside, inside it is going to be dropping beats at an alarming rate with EDM from DJs Moudy and Shadows of Space. $3 all night.

Pontoon Pulse is bringing the underground house, techno, electro and “acid with a twist of high tech disco and funk” with the monthly party Rhythm Control. Entrance is free if you know the secret password. Pssst! It’s “kimono”. You’re welcome.

In 2008, a group of Pakistani terrorists conducted coordinated attacks across Mumbai, India, killing 174 people over four days. The bombing and shooting attacks took place at a very large train station, a Jewish centre, in a couple of taxis, a popular restaurant and at high-end two hotels – one of which was the Taj Mahal Palace hotel. The events that took place during the hotel’s siege – and the heroics of some staff who were there – is depicted in the film Hotel Mumbai, causing nail biting tension and the stark reminder that this kind of senseless violence, unfortunately, can happen at any time, anywhere – as can the heroism of the individual.

You are! Got a tale to tell…through song? Grab your guitar and head to Sharkys for open mic. That’s it. Just do that. If a friend comes, ask her to take a picture. Post it to Fb. #irock.

The launch of Meta House and Khmer Art Action’s Girl Empowerment Project “I Am a Daughter” takes places this afternoon with a series of short videos and a panel discussion. The panel will be moderated by media specialist Sokunthea Hang. Over five months, the project will perform an original theatre piece by Kim Dyna throughout schools and universities as well as hold more panel discussions and exhibitions that “seek to support, inform and empower young Cambodian women.”