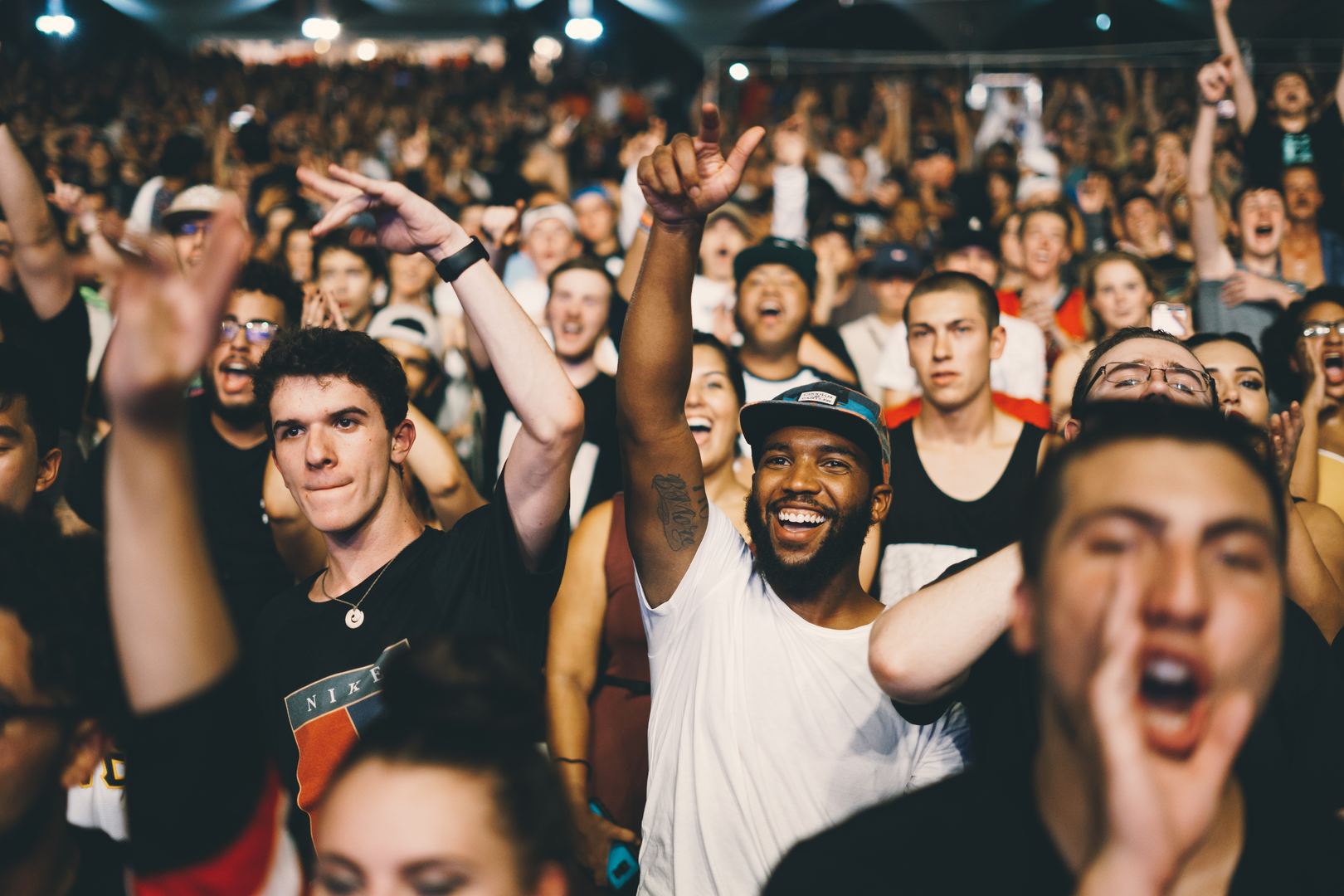 To wrap up Plastic Free July, Flicks is showing documentary A Plastic Ocean in Khmer. The film follows journalist Craig Leeson as he searches for the elusive blue whale… and instead finds an ocean teeming with plastic waste. This screening is free (6pm, The Flicks, St 95).

Rather than going to the movies, have you been wanting to make one yourself? The Cambodian Film Commission is holding a workshop from 3-6pm on how to apply to international film labs, project markets and film funds. While learning how to get through the myriad of paperwork, listen to the roundtable discussion of filmmakers who have gone through the processes themselves: Polen Ly, Kavich Neang and scriptwriter Daniel Mattes (3-6pm, Cambodian Film Commission, St 200).

Get transported back to an era of sloe gin and fast jazz with Indonesian duo Intan Metta at Farm to Table. Singer Intan conjures the scat style of Ella Fitzgerald and the fashions of Daisy Buchanan, and she is accompanied by pianist Metta Legita and special guest Sebastien Adnot on bass (6.30-9.30pm, Farm to Table, St 360).

Don’t want to commit yourself to just one band a night? Cloud’s got you covered with their Friday Double Feature. Two rock bands are going amp to amp in this friendly battle of the bands. If you’re all about shredding, then guitar and bass combo Vince and the Bassman should do you a solid, and if you gotta have that beat, then guitar and drums duo Samsara can get that foot tapping (8-11pm, Cloud, St 9).

It’s a special night for film in Phnom Penh with a feature documentary premiere and Q&A at the new Meta House at 7pm. “Angkar” by Cambodian filmmaker Neary Adeline Hay follows Khonsaly as he confronts his former Khmer Rouge persecutors in the village where they had all lived for four years.

Kampot Playboys are back in town. After tonight’s show at LF Social Club at 9:30pm, this Cambodian rock ‘n’ roll group will head down under to represent the Kingdom at Darwin Festival. Come show them support so that they’ll know they’ll be missed (9.30pm, LF Social Club, St 308).

GoGreen Cambodia is in its final push for Plastic Free July, and that includes today’s cleanup at the Institute of Technology of Cambodia. Working together with the UNDP and the World Bank, the group has held monthly cleanups for the past three years to create a “large-scale plastics database collection and analysis so we can create policies banning plastics,” according to the group’s spokesperson (7-9am, ITC Phnom Penh, St 1986).

Think that Khmer shadow puppets are totally rad and wish that you had more of them in your life? You’re not wrong. Kok Thlok Khmer Theatre & Shadow Puppets is hosting an afternoon workshop at the National Library of Cambodia that will teach you how to make your very own! And, presumably, how to perform with them, so that when you bring your puppet home, you can show off your handicraft AND your acting skills (2.30-5.30pm, National Library of Cambodia, St 61).

For a more cerebral take on creativity this afternoon, attend the second Ignite Spotlight at the Factory for “an insightful discussion on the importance of creativity and design field in today’s landscape with experts and young professionals.” They don’t say who the experts or professionals are, but the Factory is full of talented creatives, so the odds are that they’ll be impressive (1-4.30pm, The Factory, National Road 2).

Lean even more towards the cerebral by attending the Anussa-sponsored Khmer book fair at Aeon Mall. Running all day on both Saturday and Sunday, the book “and knowledge” fair promises recommendations, discounts, free books, author signings and coffee vouchers for when you run out of steam (10am-10pm, Aeon Mall, Sothearos Boulevard).

And for straight art, head to Bong the Gallery for a solo exhibition by Japanese graphic artist Khart. “Keep the Faith” highlights the artist’s talent and love of punk rock, in black and white (7pm, Bong the Gallery, Sothearos Boulevard).

Love, Sex & She-Bots is an evening writing workshop and spoken word event, starting at 5pm, for anybody who’s been pondering the following: “what does love, sex and desire look like, in the age of #metoo, widespread rape culture, and decreased body autonomy, why are all the robot personal assistants docile females, why can’t Siri tell you to go F*** yourself when you cross a line, and what does that say about the ‘ideal’ female, and us as a society in general? And more!” Which, let’s be honest, is likely a lot of people (5-9pm, Hey Hey, St 02A / corner St 155).

‘Tis the season to get ‘sotted! Or something like that. The people at The Vine on St. 172 are missing Christmas and invite everyone to join them in the time-honored traditions of drinking games, apple pie cocktails, Christmas burgers, flash tattoos, and more. You know, regular Christmas in July stuff (1-8pm, The Vine, St 172).

Again with their fingers on the pulse of global drinking days, the owners of Fizz have put together a special evening in honor of International Scotch Day. We’d tell you what to expect, but we don’t want to spoil the surprise. It’s either a certain kind of drink, or a certain kind of person in a kilt. No matter what, it’s a win (7-11pm, Fizz, St 155).

Factory Films is holding a free screening at 1:30pm of Knock Down the House, a documentary that follows four inexperienced American “insurgent candidates” who felt called to run for Congress in order to fight against the injustices that they see in their country (1.30pm, The Factory, National Road 2).

Before or after the film screening at the Factory (or during, if the film isn’t to your taste), check out ArtSpace for their open mic and brunch. Hosted by local musicians Gerard Evans and Antonio Elchico, this “brunch” from 11am to 5pm has much more than Bloody Mary’s (though it has those too)–burgers, beers, cocktails, art and a mic that’s waiting for you (11am-5pm, The Factory, National Road 2).

What a weekend for Cambodian arts! Yesterday we learned how to make Khmer puppets, and today we can learn Cambodian dance at the National Museum. In an hour and a half, this workshop goes over three different kinds of traditional Cambodian classical and folk dance. Don’t worry if you can’t make it today; the class is running daily through August (3pm, National Museum, St 13).

Many of us in Phnom Penh (or Cambodia, or the world) have a desire to improve the world around us, to start something that will make a difference, but we don’t really know where to start. Enter Model of Impact, a role-playing game hosted by Impact Hub that uses gameplay and “a glossary of 200+ business models” to simulate starting a social enterprise. Turn the good will in your heart into ideas for a new future (4-7pm, Impact Hub, St 306).

Chinese House is going Greek! That’s all. We just thought you might want to know in case you want to see how a restaurant whose name professes to make Asian food handles this Mediterranean cuisine. Or if you’ve been craving feta, and the idea of an unlimited buffet brunch of lamb, moussaka and Kalamata olives makes you salivate. And if that is the case, you may also like to know that the baklava is homemade (from 11am, Chinese House, Sisowath Quay).

That’s all for this week, folks! You can also check out our complete weekly listings here.

Continue Reading
You may also like...
Related Topics:Things to do in Phnom Penh, Weekend Roundup

YOUR Guide To The Weekend Ahead
What’s Happening in Phnom Penh THIS Weekend?