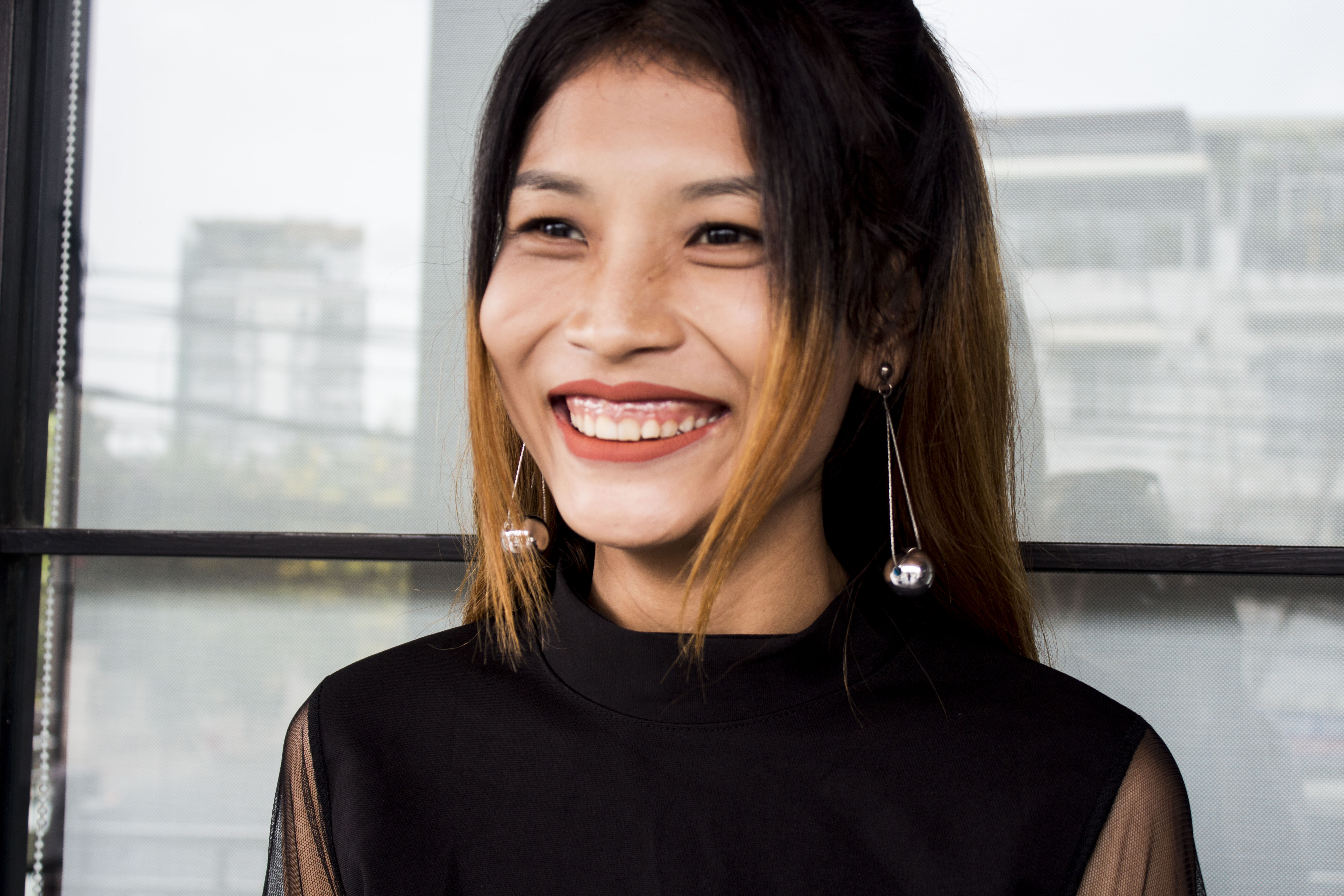 Cambodia’s first female punk singer might look sweeter than coconut rice pudding, but you do not want to get on her bad side.

The first time I saw Vartey Ganiva play was at a Battle of the Bands concert at X Bar in Siem Reap, back in April. Extremely pretty, dressed in a cute black minidress and delicately thanking the judges for the opportunity, she wouldn’t have looked out of place in a Khmer-pop music video. Until, of course, she started to sing.

“People say, oh, you’re so small, but you sing punk songs!” laughs Vartey, whose performance style is raw and aggressive – and whose first single, Evil Husband, was a feminist rallying-cry to long-suffering wives in rural Cambodia.

“Before, I’d never listened to metal music. At first I found it strange and couldn’t get into it,” says Vartey, who grew up listening to Britney, Beyonce and Khmer pop/karaoke belters from Nikki Nikki and Kim Sokunthea.

It wasn’t until she met the metal-obsessed teenagers working with Cam Projects, an initiative that provides musical training and instruments to kids who grew up on and around the notorious dump site on the outskirts of Phnom Penh, that she started to see things differently.

“The kids would come and play and it got their anger out,” she explains. “They’d play the drums and get rid of all the stress and anger. And I thought, that’s cool, because I want to release all my anger! And then my husband took me to see performers at Show Box and other places, and I said, okay, now I get it. And now I really love metal.”

Today, her music is inspired by punk outfits like Bikini Kill rather than the traditional Khmer and western choral styles she was trained in.

More importantly, as Vartey explains, she’s not interested in churning out yet more love songs with little connection to lived experience. Instead, she writes songs that reflect “real life” – unflinching and often brutal tales of kids growing up in poverty and women let down by the men they trust, made to feel inferior and unable to stand up for their rights, or trapped in the domestic sphere, unable to bring their talents to the world.

In particular, she says, she wants her music to help young people understand that neither sex nor marriage have to be a life sentence, to help give women the strength to walk away from bad situations – and from men that have no interest in their happiness.

“I want to tell teenagers about this because in Cambodia, the old people have always said, you cannot f**k before marriage. They won’t tell us how to use condoms, how to protect ourselves from boys, or anything like that. That’s why women are scared, and if they [have sex with someone] they think: oh my god, my family will kick me out… Where I’m from in the countryside, women say no, I can’t divorce [my husband]. I can only have one husband. And I say no, you have choice.”

Since the gig at X Bar – only the second time, it turns out, that she’d performed live with the band she formed just a few months before – the Vartey Ganiva band have played the Golden Street Music Festival as well as several rock venues in Phnom Penh.

They’ve also been busily recording a slew of new tracks at Yab Moung, the record label that Vartey runs along with her (not evil) husband, sister and tight-knit team, and which is responsible for nurturing the careers of Phnom Penh punk-metal heroes like Doch Chkae and Sliten6ix.

Eventually, she says, she’d like to play with a band all-female, all-Khmer punk musicians, but until then, she’s content to work alongside “lots of strong, powerful women” at Yab Moung – including her sister, a talented lyricist who co-writes many of her songs. She’s also thrilled that both the record label and the Cam Project, where her mother and husband both work, is having a ripple effect among young people in Phnom Penh.

“Lots of kids see our bands like Doch Chkae play and say: I want to be in a band too, sister,” beams Vartey, with disarming modesty about the role she plays in all this. “They’re so talented!”

You can also check out Yab Moung Records here.