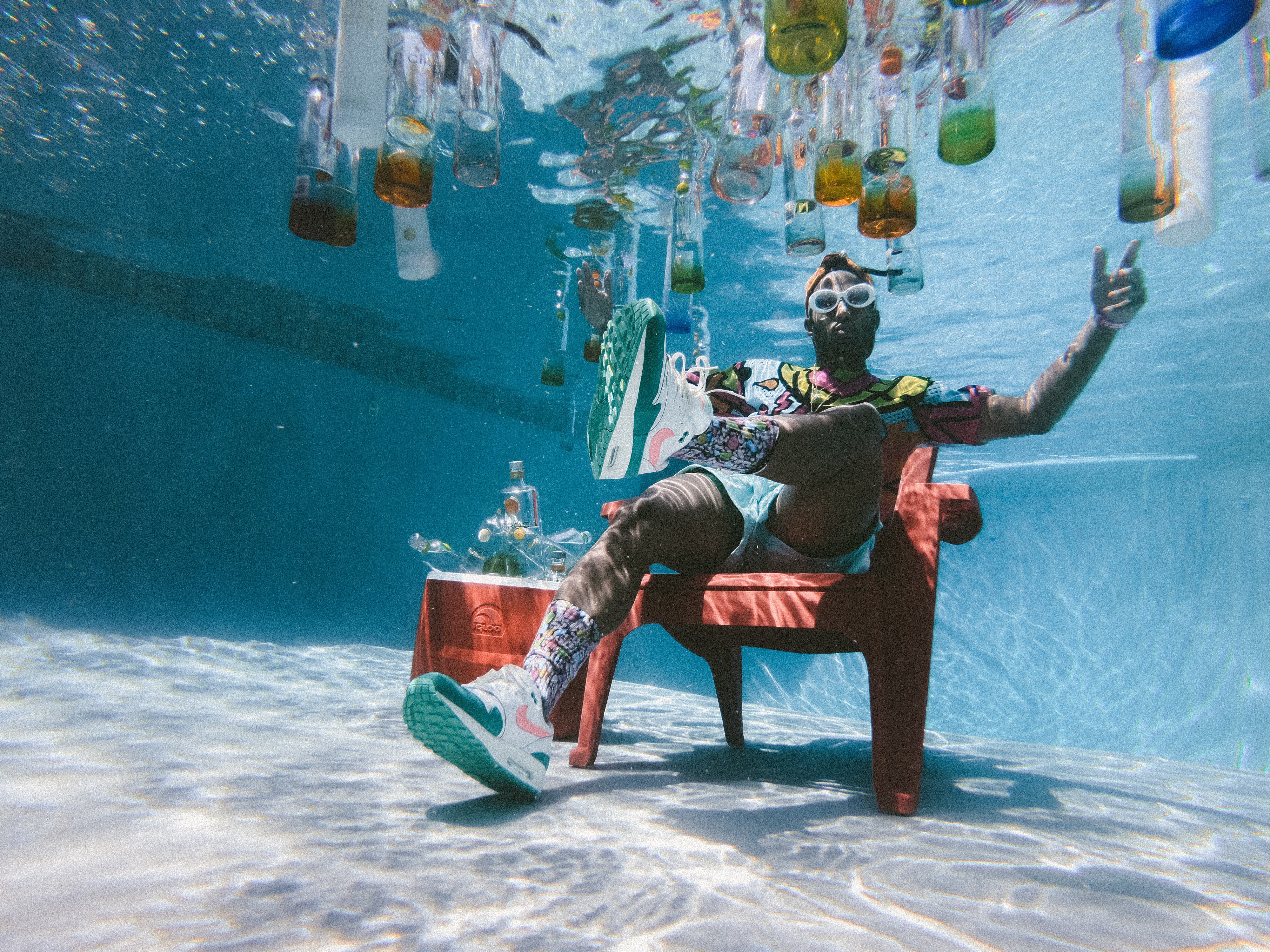 What Are YOU Doing This Weekend?

Photo by Jakob Owens on Unsplash

What’s On and On?

Sometimes when we say “weekend”, we’re sneaking an extra day in there and actually mean Thursday through Sunday. Cheeky.

Ten years ago, the Photo Phnom Penh Festival started as a way of bringing together European and Asian photographers. Still going strong, the festival is celebrating its anniversary with events all weekend, from Thursday night’s kickoff party to Friday night’s DJ party and screening of 25 Cambodian artists to Saturday’s tuk tuk tour to Sunday’s exhibition of Cambodian female photographers to another DJ dance party! We didn’t even mention all of the talks. In short, there’s a lot going on, and it’s all free.

Phnom Penh Players are premiering a play, written and directed by two of its members, Thursday through Saturday. 3 Steps to Supernova depicts a woman’s psychotic break after a drunk driving incident, but in an inventive and visually playful way. Proceeds from the event will go to the Sovannaphum Arts Association and Gallery, which has been promoting Khmer culture and providing Cambodian artists a place to showcase their works for the last 25 years.

Dondondown on Wednesday, the ubiquitous, inexpensive purveyor of clothing direct from Japan, is having a closeout sale at one of its locations. Stuff as many shirts, pants, shoes, bags, ball gowns, furry hats, bolo ties and whatever else you can find into a bag and pay only $5. The sale is every day through Sunday.

The closing film at this year’s Cambodia Film Fest was The Prey, a thriller action movie where humans are hunted that one could liken to The Hunger Games (and before Hunger Games, the Japanese film Battle Royale, and before that, the short story and 1932 film The Most Dangerous Game). Written and directed by Cambodian-based Jimmy Henderson, it’s interestingly kind of Cambodian and stars Cambodian actors, but it’s not really. Meant to take place in a Cambodian prison and the Cambodian jungle bordering Thailand, much of it is actually in Thai — except for when the Chinese police come to find out what the F is going on and what happened to their detective. But this shouldn’t matter; when it comes to men hunting men for sport, things are brought to a primal level, beyond nationhood and constructed identities. They’re all just humans trying to survive. Other humans.

Sra’Art Gallery is having its opening party tonight, perfectly aligned with the Photo Phnom Penh Festival. The new gallery’s first exhibit features works by ten Cambodian photographers as well as one international artist. Wine and cocktails will be available (so that you can toast the artists).

The second Red Sun Gathering is taking over DIB Club all evening until the wee hours. How to describe? Three talented DJs from around the world (Japan, France, Jordan) play all night next to a club pool, where food and cocktails are served and wearing flowing kimonos is encouraged. In fact, it’s so encouraged that there will be a contest as to the best one and a booth selling them should you feel left out without one. $7 entry.

A new lineup of Phnom Penh music allstars is playing their first gig tonight – and the bands they each come from have totally different sounds so it’ll be super fun to see how they unite. Josh and Dever are in The Boxchords, a group that plays acoustic versions of songs in many different genres; Mia is of Nightmare A.D., a death metal band; and Mike plays in Phnom Skor/Checkered Past, blues rock and ska bands, respectively. So what happens when this musical menagerie comes together as Psykic Elektric?? Well, you gotta go to the show to find out. 😀 [Hint: New wave, funk, rock. Bet you didn’t see that one coming!]

Three DJs are taking over Party Patio in the first edition of Psynovation, a party meant to highlight emerging musical styles. DJs Reltho, Marie Thach and Dalah are playing in that sweet spot from 9pm to 12:30am, to help you transition from Friday to Saturday in a dancey way.

Pontoon is making good use of its huge space by featuring two visiting DJs, each with his own room. In the main room is DJ Angelo of the UK, spinning a “Club Bangerz” night with three other DJs. The invite describes his style as: “Without compromising his style or integrity, DJ Angelo fuses the musical with the technical, the accessible with the credible.” In Pontoon Pulse, Australian DJ MOFO will likely be playing more underground electronic music, in “an eclectic open format style with no boundaries… flowing through any infectious groove, regardless of tempo or genre”. Read both descriptions how you will. There’s an $8 cover, but it includes a standard drink.

Bophana Center is playing a double-feature of Khmer films: “New Land Broken Road” and “The Burnt Theater”. The first, a short film by Neang Kavich, interweaves multiple stories that inhabit Phnom Penh at night. The second film, a full-length docudrama by Rithy Pan, depicts actors and dancers trying to maintain their craft despite the fact that their theatre has become a burned out shell. Both films are in Khmer with English subtitles.

Mindful Market is back with a Fall Farmer’s Market, which will brim with all of the things you associate with a farmer’s market – fresh produce, baked goods, honey, coconut balms, booze and home goods. There will also be vendors to help you with your home composting project and a collection of clean glass recyclables. Kid-friendly band Mini and the Merrymakers will round out the festive cheer.

Toul Tompoung cocktail and date night staple Long After Dark is throwing a party to celebrate the launch a new Cambodian craft beer to hit the market. Harvest Craft Beer Company beers are made with “Belgian malts, American hops and Australian oats” – so it’s a real “mash” up! Har-dee-harr. [giggle] They’ll be giving out samples and doing whiskey and beer pairings as well as offering $5 dinner options.

If somebody asks you what you’re doing tonight from 8-11pm, tell them that you’re seeing live music. What type depends on your preference.

For something vintage and jazzy, head to Ege Bar to hear 1 Girl 6 Strings play toe-tapping tunes from the era of Django, Louie, Ella and Billie.

Vanntin Hoeurn will share his voice and bare his soul, playing his original songs at Cloud. What’s the vibe? Dirty blues and punk folk.

And Reggae Night returns to Alchemy with a performance by Vibratone, playing original songs with conscientious lyrics. DJ Airfix Twin will be joining them to hit the decks between sets.

If you need to dance for hours and hours to club tunes you’d never hear on the pop hits radio, then head to Pontoon Pulse for the 14th installment of Drone, a monthly party that plays underground techno. Tonight’s lineup has three DJs that know the Phnom Penh scene well: Malo (France), Sushi (Jordan) and Saint Vincent (France). Free admission.

Halloween is fast approaching and, of course, with it: scary sequels! (Are they scary because they’re sequels to well-loved movies, or scary because they’re scary? Dunno.) For the kiddos and lovers of Charles Addam’s unsettling family, there is the Addams Family Halloween. They’re creepy and they’re kooky. They’re all together spooky…and they’ve been around since the 1930s.

For adults, there’s Zombieland: Double Tap. Coming out a decade after the original Zombieland that featured fast-paced zombies invading an amusement park, the heroic hardscrabble team of survivors is back in this comedic send-up, fighting off the evolved zombies with so much Americana, it’s a wonder how they fit it in: tractors, monster trucks, Elvis, massive machine guns, Wild West look-alikes. The band even holds up in the White House!

Cambodia Catering Company, TwoBirds Brewery and KBach Arts are co-hosting an “October Fest Brunch” at the Cantina at the Factory. This all afternoon affair will feature a buffet of Asian and German food, games, art, music, henna tattoos and, of course, copious amounts of craft beer. Tickets are $32 at the door, and the party goes from 11am to 5pm.

11am, The Factory, National Road 2

Vietnam Giclée Lab is visiting Futures Factory today to give a short talk on fine art printing. Digital artists and photographers can learn not only about facets of this type of printing, like the right kinds of paper to use, but also artwork preservation in general. The talk will be given by the master printer of the Lab in English only.