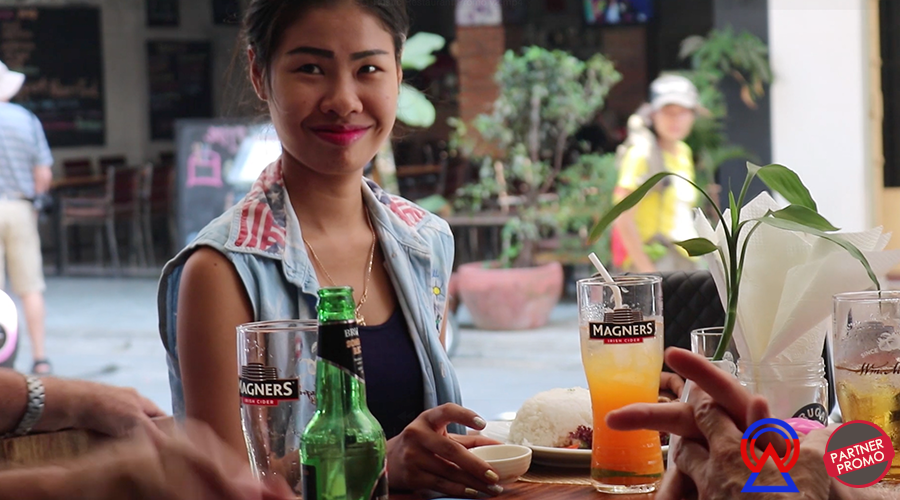 Four months ago when Andy Higgins took over Rustic Restaurant on St 172, he found he had a daunting project on his hands. Despite its prime spot on a lively, tourist-loaded street, just a short hop from Riverside, the previous restaurant’s menu, atmosphere and service lacked inspiration – and it had struggled to attract a crowd. Clearly, Andy and his team had to scrap everything and start over.

“I’ve been cooking since I was fourteen, and I like to think I know good food,” says Andy, who hails from from Bristol in England. “But that’s very different to running a commercial kitchen. That’s not something I’ve done before!”

As a first-time restauranteur, Andy relied on his passion for great food and his instinct for customer service to make the restaurant’s makeover a success. Unimpressed with the ingredients arriving at the kitchen, he changed all the suppliers to make sure everything met his exacting standards – for example, sourcing Australian beef and New Zealand lamb alongside top quality meat from local butchers. Wherever possible, the team would make things from scratch.

“We bake our own bread, our own baguettes, our own burger buns,” he proudly explains, pointing to a huge oven that’s also used for homemade pizzas. These are created by the restaurant’s resident pizza chef, Samat, who Andy describes as “probably the best pizza chef in Phnom Penh!”

British Classics on the Menu

Andy also scaled back the menu, bringing in a new team of chefs and working with their strengths to focus on specialty dishes.

While there are Khmer and Thai options, the new menu is heavy on British (or, at least, Western) classics, ranging from Full-English fry-up breakfasts to stacked burgers with thick-cut, homemade chips, to the now-legendary Sunday Roasts.

The latter is a sight to behold: an enormous plate of beef, lamb, chicken or pork belly, plus roast veggies, a Yorkshire Pudding, stuffing and homemade gravy. Andy isn’t exaggerating when he says it’s proving extremely popular, either. On a Sunday afternoon, Rustic is rammed with people washing down their mammoth portions with a few glasses of wine or Tiger Beer (which Rustic has on tap), laughing and joking with Andy as he weaves from table to table, the consummate host, checking everyone is happy and having a good time.

It’s no wonder the atmosphere is still buzzing long after the sun goes down, late into a Sunday night. Just a few months after their grand opening, the biggest problem the Rustic team now has to face is how they’ll keep up with ever-growing demand.

Rustic Restaurant, on St 172, is open from 8am-11pm, 7 days a week. The legendary Roast Dinner is available every Sunday from 12-3pm.

12ME+ Road to Mandalay = a Top Weekend of Music at Duplex
Is This Phnom Penh’s Coolest Co-working Space?