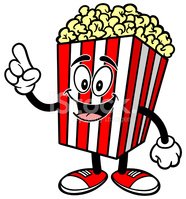 Ahhh what would Fridays be without the prospect of a doca-thon at META House. And we have a wonderful line up as always starting from 4pm tonight (Friday 16th).

Across the world, particularly in India and China, millions of girls are being killed, aborted, or abandoned simply because they are girls. Many who do survive become subjected to neglect and violence at the hands of their family members and husbands, and is motivated by centuries-old traditions and cultural dynamics.

Evan Grae Davis’ IT’S A GIRL (2012, 64 min) is a documentary highlighting the continuing violence towards and the elimination of girls in places like India and China. It examines why this is happening and why so little is being done to stop it. It tells tragic stories of trafficked girls, of women who suffer extreme violence at the hands of their families, and of those mothers who would kill their unborn girl for a son.

Mick Jagger is acknowledged as the greatest front man ever. He single-handedly defined what it means to be the singer with a rock band, a blues band or any other kind of band during his fifty-year-career. Whether it’s in the studio or on stage – where he and the rest of the Rolling Stones have performed in front of more people than any band in history – he continually sets the standard to which others aspire, yet rarely attain. CROSSFIRE HURRICANE (2013, 111 min) offers a blizzard of archive material nimbly sutured together with interviews with the Stones themselves, making this a succinct, officially sanctioned but not necessarily fawning history of the band.