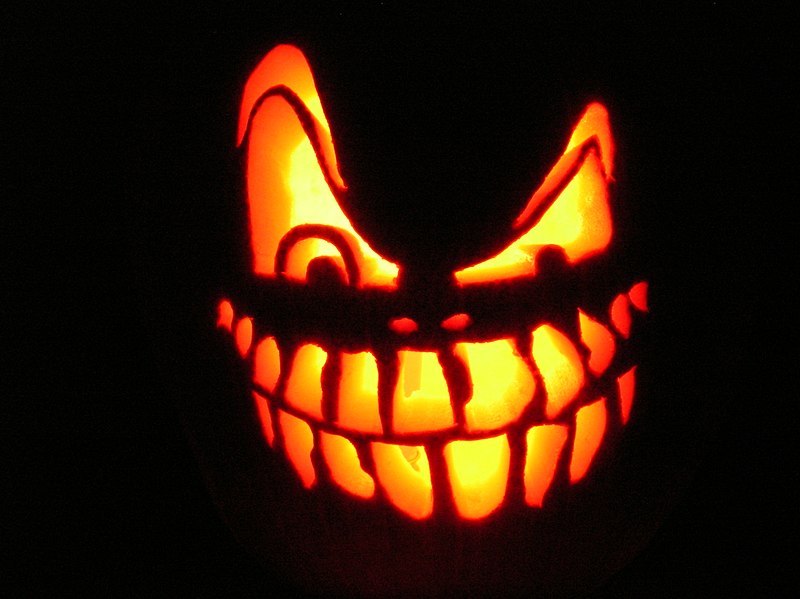 As a Brit, the scariest thing about October 31st is the possibility of BREXIT. However, if you’re looking for local spooktacular plans in Phnom Penh, you’re in luck. We’re scouring the city to bring you a definitive list of Halloween events to sink your fangs into.

308 Block Party
This sounds like a wild one. Singha Beer are behind this rambunctious affair, having booked Hypnotic Fist Technique, Kampot Playboys, Scotty Bywater and Dane, DJ Cake and Parker Jones, and Dj Niko Yu and DJ Nick Indigo. Extensive. Exciting. This event is on November 1st, running from 5pm until 2am.
Street 308

Alchemy
Focusing on Saturday 2nd with a Day of the Dead party, the 99 boys because Los 99 Chicos! There shall be face painting and special decorations, the evening kicks off at 8pm.
Street 123, TTP

Blue Chilli
No information advertised, but we know the drill by now… A spectacular evening drag show featuring a mixture of the best lip syncing, pole dancing, impromptu splits, sass and even some live singing thrown in occasionally. Open 9pm until 4am for Halloween!
Can’t make Thursday? There’s a special event on Friday too. ROZA: Reborn Majesty is more than just a performance, as this event is a part for charity to raise fund for Reborn Foundation purposely to help and focus on Education and Environment. Free entry.
Street 178

The Box Office
There’s a Halloween (31st) special for their weekly trivia night, from 7.30pm until 10pm. The digitalised quiz promises there can be no cheating, and there’s a minimum jackpot of $100. Entry fee is $2.50 per person and includes a complimentary beer cocktail on arrival.
#76, Street 244

Cloud9 Skybar
Rooftop parties are always a treat – escaping off the bustling streets to the top of a swanky hotel and mingling with fellow decadent revellers. From 6pm until 9pm on the 31st, Cloud9 is promoting an event with a limerick(ish) that we couldn’t possibly reword:

Come with family, if you dare, to our GLAMOWEEN scare.
Ghosts, goblins, and witches, too will be there, waiting for you!
We’ve got the BOOZE, you bring the “BOO’s”,
Join us for some haunting spirits and wicked brews.

Club Love
Nightclubs know the value of the weekend, so unsurprisingly Club Love is throwing its big Halloween party on Saturday, 2nd November. The ‘Resurrected X’ event runs from 9pm until 5am and features DJs Blazian and Kid Massive. There’s a $100 cash prize for the best costume, and entry will be $8 on the night, with a complimentary drink included. Contact Club Love directly for $5 pre-sale tickets.
Street 278, BKK1

Duplex
Both on November 1st and November 2nd, the party kicks off from 9pm until 4am featuring Cambodian superstar vocalist Meas Soksophea plus guest DJs. The Jim Beam team will also be on site to up-sell their products in a ghoulishly fun fashion. Free face painting is on offer for the night.
Street 278, BKK1

Epic Club
Phnom Penh superclub has the convential wild Halloween club parties sorted. Celebrations start on Tuesday, and run all week. They’ve got prizes for the best costumes and guest DJs as always. All club nights advertised as 9pm until 3am.
Epic 2, Eden Garden

Intégrité
They’re going in with a freaky Friday (November 1st), try their latest selection of wines from the Casillero del Diablo Devils Collection and have the chance to win prizes for the best dressed!
Street 450, TTP

Nagaworld
Based in their ‘Darlin Darlin Music Lounge’, Nagaworld are running two events for Halloween this year. On both October 30th and 31st from 9pm, there’s free face painting and drink packages available from $98. They also have a blood-red special cocktail aptly named the ‘nightmare’. Tables can be booked via 081 811 117.
Samdech Techo Hun Sen Park

La Petanque Bar
Friday 1st of November from 7pm, 2 DJs combine for this event : DJ Peach (HIP HOP/RnB) and  🎧 DJ Sisyphe (Funk/Groove/House). Anyone in costume is invited to enjoy free shots on arrival. There will be live face and body painting available from a professional make up artist too.
Street 155, TTP

One Love Reggae Rooftop Bar
CUBIK throw their Halloween event on November 1st, from 10pm until 4am. It’s free entry for the first hour, then $6 after.  There’s five aptly named DJs lined up:

The rooftop is set to be decked on with UV lighting and facepainting, shedloads of dry ice and assorted Special FX.
Street 172

Raffles
$35 on the door or $30 via reservation, it’s the last Halloween party in Café Monivong at Raffles before it’s renovated. They’ve decided to jump the gun and throw the event on Saturday, 26th of October so why not start your celebrations early!
92 Rukhak Vithei Daun Penh

Rokku
On Thursday 31st from 6pm until midnight. Rokku host a live performance from Divergent, offer prizes for the best costumes and have their resident DJ on the other floor providing dance beats all night.
507 Riverside

The Vine
Another Day of the Dead shindig, with all the frills from tequila, margaritas through to the traditional food, games and music associated with this Mexican celebration. November 2nd from 6pm until 11:30pm.
Street 172

Got news of another Halloween party? We’re expecting more information to start coming thick in fast in the next week or so – but give us a hand and get in touch via facebook messenger to alert us to events you think should be in our guide!