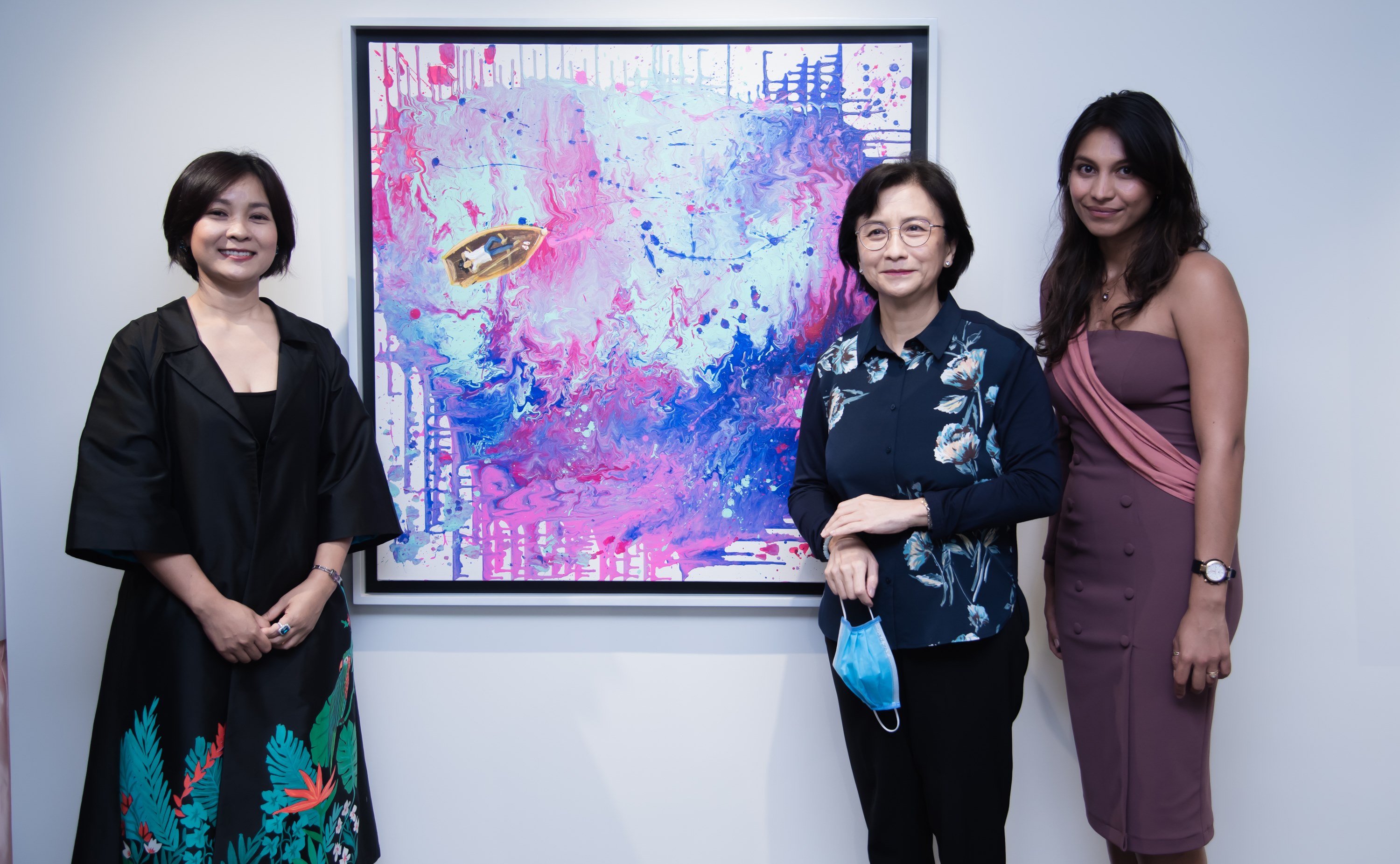 When artists Serey Chea and Adana Mam-Legros unveiled a collection of paintings called The Art of Sharing at Sosoro Museum in Phnom Penh, they hoped their work would lend some moral support to the community in these troubled times. Three months later, all the paintings have been sold – with the funds providing material support where it’s most needed, too.

Sales and auctions of the two dozen paintings raised a total of $60,000, which has been divided between three Cambodian NGOs. These are TPO Cambodia, which specialises in mental health care and psychosocial support, HelpAge Cambodia, which supports vulnerable older people, and ICS-SP, an organisation that helps caregivers improve their parenting skills, with a view to reducing violence against children.

“We set out to create impact and inspire, and I’d say we achieved both,” said artist Serey Chea, who is also Director-General at the National Bank of Cambodia. She described herself as both delighted and humbled by the response to the exhibition.

Dr Sotheara Chhim, Executive Director of TPO Cambodia, said that he hoped the exhibition would encourage others to follow in its footsteps. “In this time of hardship, it is very important that we come together and reach out with helping hands to one another,” he said.

On Wednesday, each NGO received a cheque for $20,000 to use in 2021 and will receive additional support in 2022 and 2023, the event organisers explained. The idea is create long-term, sustainable impact.

The stress and financial pressures of the pandemic mean that many NGOs are having to stretch their resources further than ever to support the community.

Vivodin Chhay, Executive Director of ICS-SP, explained that while the funds raised will help immensely with his NGO’s operations and activities, it also brought home how many other organisations doing great are still struggling and need help.

But for these three NGOs, the exhibition has raised vital funds and awareness of the work they do. Tum Vira, Executive Director of HelpAge Cambodia, described how the exhibition had brought attention to the lives of vulnerable people during a difficult time.

“We can create significant change and impact when we come together in solidarity and goodwill no matter the circumstances, said artist Adana Mam-Legros. “I am in awe of the outpouring of love and support”.

Join the Circus This Weekend to Help them Break a World Record
Vagina: It’s not a dirty word