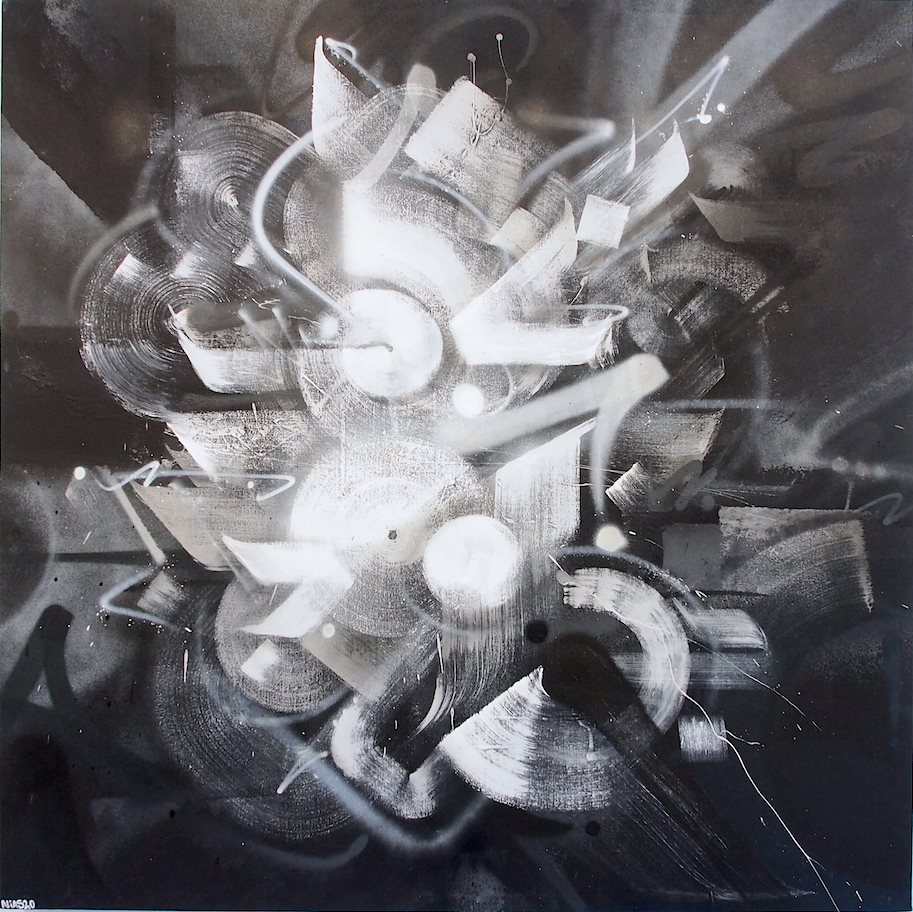 We catch up with acclaimed graffiti street artist, Alias 2.0, whose work is on display at META House until the 20th May.

Originally from France, Phnom Penh-based Alias 2.0 has been involved with the Street Art scene for over a decade. His work is sprayed all over the Cambodian capital, from hipster central St 240 1/2 to the crumbling tenement building by the area formerly known as Lakeside.

We caught up with Alias 2.0 to hear more about the thought behind his work, and what inspired him to get involved in the scene.

Editor’s Note: This interview has been edited for clarity and length.

“Ever since I was a young child, my parents encouraged me to get involved in art.

When I was 14 years old, I was first exposed to this world. My family took me to an exhibition of street art with artists like Alexöne and Tilt.

I was fascinated by this new form of art. The pieces were so big and colourful, it looked like something I could have dreamed.

When I was 16, I attended a graffiti workshop put on by Jerome Bouziguon. This day was a revelation to me. It was after this that I became friends with Jerome and discovered the world of Hip-Hop culture and graffiti. I cannot thank him enough.

I started to paint when I was 17 years old with friends under bridges and in old factory ruins around France. I began to meet other artists and create collaborations, and by the age of 23 I started my own decoration company. Then I began to travel around different countries to discover new cultures and arts with the idea of developing my own style.

I committed myself to examining new ways of composing abstract graffiti and calligraphic ways of expression. My permanent longing for transformation and variation of style is cultivated through extensive travelling as well as the search for environments and scenery that inspire new artwork. My work draws on the diversity of patterns and colors that I discover during my travels. I want to develop an intercultural solidarity, to show through the mixing of different graphic styles a universal language is possible.

I also developed a style called “light­-painting”, adding a poetic touch. It’s is a bright and unique paint job. It communicates my vision of the world by creating images defying reality and projecting to new dimensions.

I first came to Cambodia in January of 2015. I loved travelling around the country and felt an attraction towards Phnom Penh. I came back one year later to the Philippines for an artistic project, and was invited by the French institute of Phnom Penh to take part in the second Cambodia Urban Art event, organised by Chifumi and Theo Vallier, another street artist based in Phnom Penh.

I created the artwork on display [at META House] especially for this exhibition. The aim of the project was to show my own styles, abstract graffiti and mechanic calligraphy and the evolution between the styles.

The abstract graffiti style is a fusion of graffiti, with letters, geometric forms, colors and traditional patterns, especially the one used in Cambodia, with spray paint techniques and brush. The use of calligraphy is more mechanical and contemporary, inspired by many styles of calligraphy from around the world.

It’s like a universal language presented under an abstract form.”

Alias 2.0’s Urban Art Exhibition will show at META House on Sothearos Boulevard until May 20th. If you’d rather view your urban art in a gallery setting than hunt for it down dingy alleyways… now’s your chance!

Davy Chou on his Award-Winning Film, Diamond Island
“Tagging” Along on the Phnom Penh Graffiti Tour