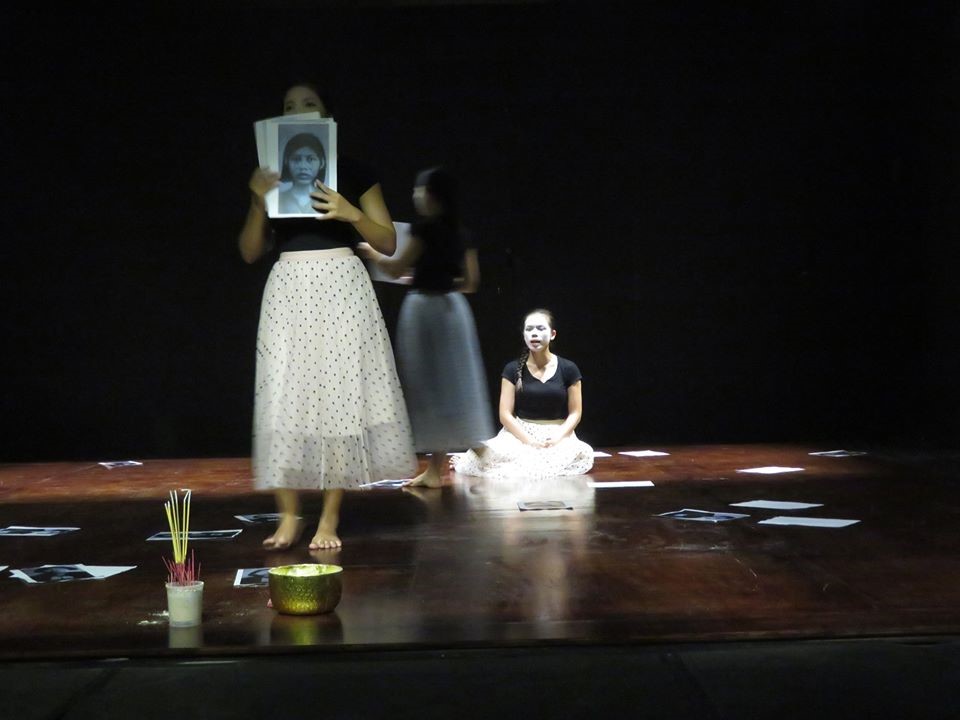 After two decades of fostering the Phnom Penh art scene, Java Cafe at Independence Monument has, alas, closed down. While the legacy lives on at Java’s three other locations – in Tuol Kork, Toul Tom Poung and Futures Factory – the original venue in a gorgeous French colonial building will no longer host the work of artists from Cambodia and beyond. We caught up with the founder and artistic director Dana Langois, to talk about the impact and spirit of the creative cafe.

“Java was built on naivety, passion and a little bit of craziness,” says Langois, who comes from an arts background and wanted to create a space to showcase art and artists in the city. Back in the year 2000, Cambodia had barely emerged from one of the twentieth century’s most brutal conflicts and there wasn’t a whole lot of art around. Other than the University of Fine Arts and the French Institute, Phnom Penh’s artists were short on places to showcase their work.

Langlois is rightly proud of how many fantastic artists have come through Java and used the creative space to launch incredible careers. She points to artists like Oeur Sokuntevy (Tevy), a painter from Battambang who is now based in Berlin, where she is respected as a leading talent both in Germany and in Cambodia’s emerging women’s arts movement. Tevy explores themes such as gender and independence in a contemporary society and has exhibited across the world, from Singapore to New Jersey.

Java has also regularly hosted the post-war contemporary artist Marine Ky over the last twenty years. Ky was born in Phnom Penh in 1966 to Chinese heritage, but was educated in the West, starting out as a self-taught printmaker in Melbourne before completing her Masters in the School of Art in Hobart.

Among the many other Phnom Penh artists that Langlois has worked with (and speaks of fondly) are Chov Theanly, who was first inspired to become an artist at four years old when he lived in a bookshop surrounded by paintings and posters from the old Masters. And Chath PierSath, a self-taught artist who fled from the Khmer Rouge aged 10 and became a refugee n the United States.

“For many artists, it’s been a great launching pad for them. For many, it’s the first time they have been seen,” says Langlois.

While exposure is helpful, it doesn’t pay the bills – and Langlois is especially proud that Java has played a role in making art a sustainable career option in Phnom Penh. She says Java helps artists make an income from their work, which allows them to continue to develop their talent.

Part of the reason that this non-profit creative space is able to help launch and pay artists is because of its popular cafe, serving up much-loved dishes from Lok lak to Goldie-Lox Scramble to mouthwatering smoothies.

“I want to emphasise that we put a lot of energy into the food,” she says. Java encourages its bartenders and chefs to create their own meals and craft their own specialities. “Creativity is not just on our walls, but it’s in our kitchen too,” says Langlois.

Java will use its remaining locations to create three unique creative spaces.In Tuol Kork, the focus will be on visual art. Futures Factory will have a literary niche, building on an already well-stocked library. Finally in Tuol Tom Poung, the black box theatre will focus on film, dance and theatre.

So even as we mourn the closing of Java at Independence Monument, there’s still plenty to be excited and hopeful about when it comes to the future of art – and Java – in the city.

Cambodia’s Minimum Wage Set Below Inflation
What’s On This Weekend?