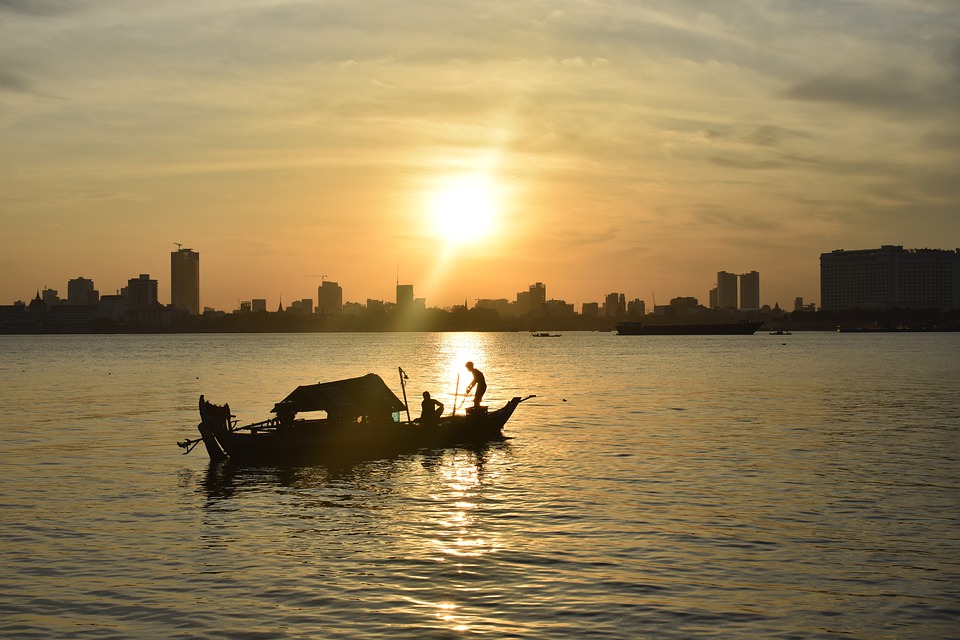 Comedy in Cambodia and Riel Brewing & Distilling have teamed up to bring back their comedy river cruise on Saturday, 11th January. From 4.30pm until 8pm, the event sponsored by Angkor Research and Giant Ibis buses will bring refreshments and entertainment to revellers.

At $20 per person, a complimentary Riel craft beer is provided alongside your passage upon the sunset river cruise paired with an hour stand up comedy show and DJ performance afterwards. A cheeky $5 dollar discount is available for early-bird bookings via livecomedyincambodia@gmail.com.

The boat will depart at 5pm sharp from the Riverside dock behind the Cambodiana Hotel. Return is estimated for 8pm.

On board shall be various draft Riel craft beers as well as other drinks, with food sold on the boat to accompany.

The comedy lineup consists of British comic Garrett Millerick, alongside American stand-us Paul Blomeyer and Sam Thomas. The DJ is Dr Wah Wah who aims to drop ‘fat beats on the decks on the deck’. Don’t get seasick “if the boat is a rockin’.”

How Best To Skip The Turkey This Xmas
Sangria Sessions: Chivalrous Nights