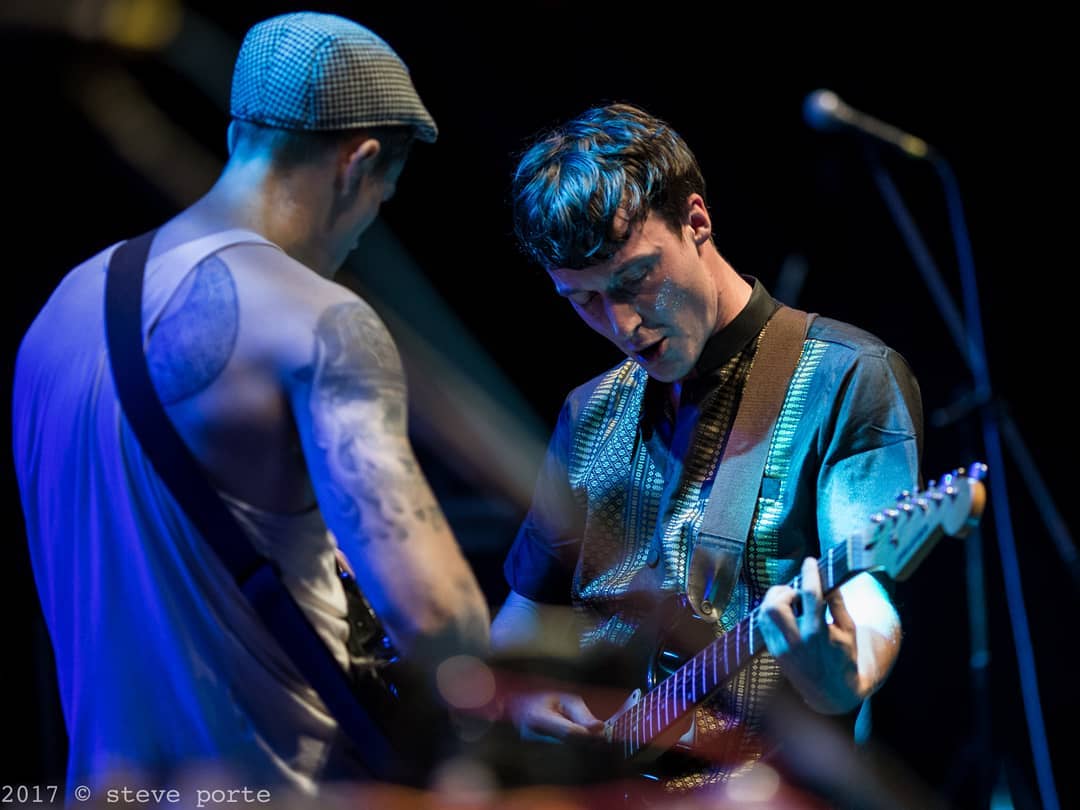 You can also catch Galveston, a tense thriller by the creator of the superb series True Detective, at Flicks 1 (6pm, St 95)

Catch Daiko, a pulse-racing Japanese drumming style, at Aeon Mall at 11.30am, 1pm or 6pm.

Later, the charmingly chaotic Anglo-Irish bunch of lads that brought you Complicated Business have reformed (and added some new members) as The Goldilocks Zone. They even have a single out, and they launch it tonight at LF Social Club, supported by the fabulous Vartey Ganiva (7.30pm, St 308)

There’s also powerful rock’n’roll from Brian Wood at Duplex (9pm, St 278), top notch covers from Euphoria at Sharky’s Bar (9pm, St 130) Or catch the honey-voiced Morgane and Jeff, as they return from the French leg of their tour and kick off their Cambodian one with a gig at Hops (7pm, St 228)

There’s a very meaty Sunday roast on offer at Buffalo sister for the modest price of $6.50. Choose from roast chicken, lamb, beef or pork with crackling. Traditional extras include cottage cheese, three-meat gravy, Yorkshire puddings and a somewhat kitsch disdain for non-carnivores (St 454, from midday).

Alongside a special lineup of films (see below) META House hosts an exhibition of paintings exploring the developing relationship between France and Germany, from before the war through until today (6pm, META House, Sothearos Boulevard)

META House screens two films to commemorate a century since the end of the First World War. These are the documentary 14-18 (4pm), chronicling the senseless killing and the trauma inflicted on soldiers in the trenches, and Merry Christmas (8pm), an academy award-nominated feature film about soldiers on opposite sides finding common ground for a brief moment during the war.

… Or head to the Flicks for Spike Lee’s Blackkklansman, telling the true story of a black cop in 1970s America who successfully infiltrated the KKK (8pm, Flicks 1, St 95)

Music-wise, step back into the 60s at Oscar’s On the Corner with a night of Khmer classics led by vocalist Srey Ka (10pm, corner St 13 & St 104), or catch singer-songwriter-guitarist RJ Marshall at Good Times Bar (10pm, St 19)

That’s it for this week, folks! Catch you on the other side 😉