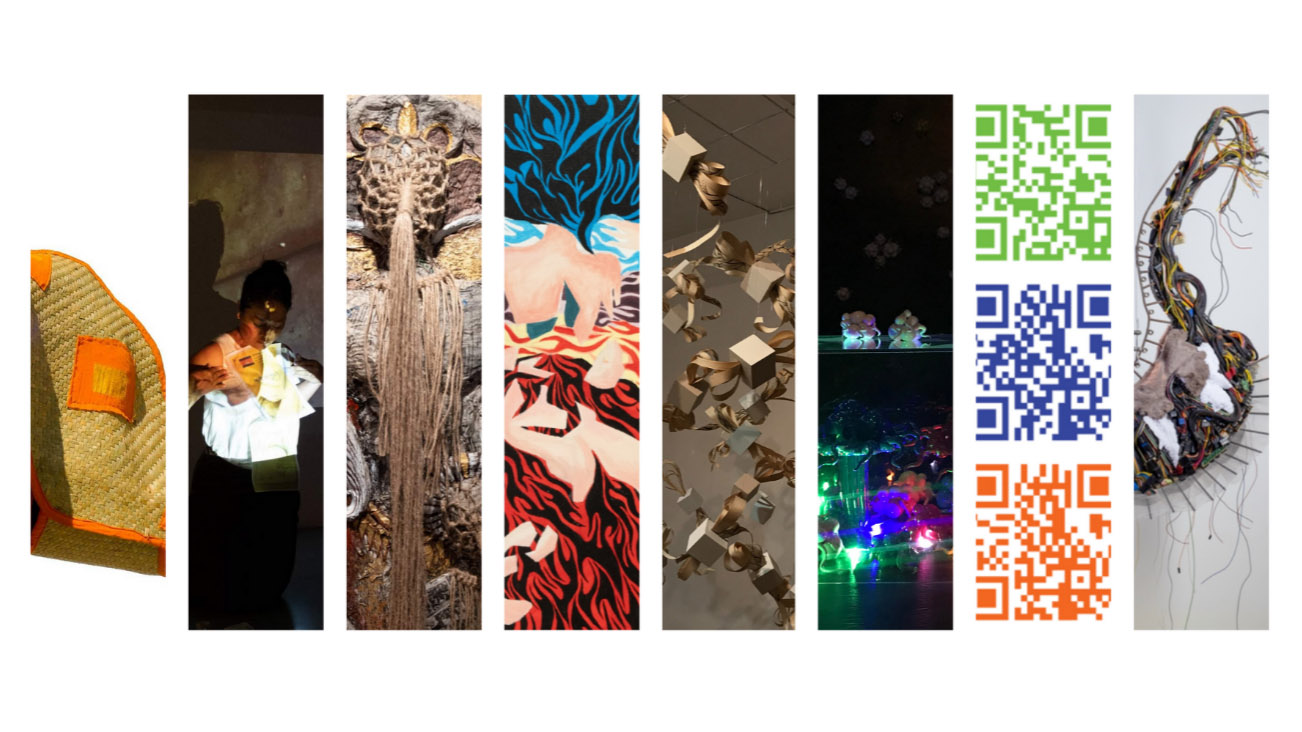 Living Their Lives a Beautiful Way: Patch Unleashes the Next Generation of Cambodian Artists

For the first time in Sa Sa Art Projects’ decade of nurturing and contributing to Cambodia’s creative community, the arts space graduated its debut cohort of contemporary art students with the accompanying exhibition “Patch.”

As Cambodia experiences its biggest surge in COVID-19 infections, what ordinarily would have been a packed house of supporters, the opening night of “Patch” felt more like an insider gathering of a tight-knit collective.

Samnang is known for his research-centred practice that brings attention to the experiences of marginalised groups. Looking at the final projects, it was clear that the students had developed an interest in how contemporary art can be used for social and political critique of current affairs.

Each body of work in “Patch” dynamically addresses a topical issue facing Cambodian society, while resonating with a global reckoning of how to be human at a time characterised by climate crises, ecological breakdown, and forced migration and displacement.

All eight bodies of work were impressive, but three in particular stood out: Rooted by Keo Sreypheak, Choices by Chea Chansoksambath and Patch by Soung Pheakdey.

A combination of video and live performance, Sreypheak’s Rooted introduces the viewer to the ambiguous existence of people from Kampuchea Krom living in Cambodia. Kampuchea Krom, meaning “Cambodia Below” or “Southern Cambodia,” is an area of the former Khmer Empire located in present-day southwestern Vietnam. Given to Vietnam by the French in 1949, the Khmer Krom who came to Cambodia now face issues of discrimination and bureaucratic loss of identity.

Sreypheak researched Khmer Krom experiences on journeys to Battambang and Siem Reap. Through interviews, she discovered that the Khmer Krom lack basic legal identity documentation. In conversation, she speculated that a societal distrust of the Vietnamese (and by extension the Khmer Krom) are some reasons they face discrimination and often are unable to purchase land or fully participate in social and economic life.

In Rooted, Sreypheak combines a silent 8-minute video of interviews with bird sounds to form the backdrop of her performance piece. To begin the performance, she knelt on the floor in front of the screen projection with three stacks of paper in front of her representing identity documentation, including family books and identity cards. Holding tape and glue, she affixed the documents to her body but repeatedly they would fall off. At this point she used more glue and more tape, until eventually the documents covered her torso and face.

In Choices, Chansoksambath – who is finishing up his final year of undergraduate studies in computer science – uses nine colourful QR codes combined with social media to heighten viewers’ awareness of the environmental impact of their actions. When you scan eight of the QR codes with your phone, you are taken to a connected Instagram post, with a short video and caption. For example:

The final QR code incorporates the user engagement into this interactive mixed-media work. It takes you to a Phnom Penh-inspired, animated image that changes depending on the amount of likes the Instagram posts receive.

With more than three years’ involvement in environmental initiatives in Phnom Penh, Chansoksambath finds that, despite readily available knowledge on humans’ impact on the environment, little has improved. Choices shows the power of the viewers to impact their environment and draws attention to how those choices can have beautiful or ugly consequences.

Soung Pheakdey creates soft sculptures of animal heads out of woven mats and brightly colored orange fabric to talk about the damage being done to biodiversity. (Photo courtesy of Sa Sa Art Projects)

In Patch – the exhibition’s namesake – Pheakdey explores the corporeality of biodiversity by assembling iconic jungle animals using woven mats and bright orange fabric. In his artist statement, Pheakdey emphasises biodiversity’s innate spiritual and recreational values alongside the role it plays in the globalised economy and international development. He asks the viewer to imagine a world without wildlife and forests, arguing that long-term safeguarding is also essential for human existence.

Many of the iconic animals Pheakdey represents are well-known because they are quickly disappearing due to deforestation and other ecological threats. As you gaze at the soft animal figures, you may find yourself reflecting on this impending loss.

Kourn Lyna, Sa Sa Art Projects’ Public Program Coordinator, explains that the contemporary art course began out of a community need for alternative art practice and education to complement the established institutions upholding traditional arts. The course presents “alternative knowledge for young artists to expand themselves; to help them do more conceptual, meaningful work [as well as] give them another way to be a long-term artist,” she said.

At this show of work by the first ever cohort to complete the course, the range of themes certainly suggested a curious, questioning younger generation. One that’s ready to engage with the world around them – not just to participate in the flows of life, but to ask why their environment is the way it is, how things could be different, and how art can engage with the challenges ahead.

“We believe that when people have critical knowledge or critical thinking, they can lead their own lives in a beautiful way,” said Lyna. “When the students learn how to be critical, they can make better judgements and live their lives better.”

Visit “Patch” at Sa Sa Art Projects by appointment only now until March 26.